91 replies to this topic

Again, thanks for the detailed info, Eddgie.  I'm currently negotiating with that supplier.  He seems very helpful.  Will let you know how it goes!

Well, I pulled the trigger.  I got the same tube that you said you purchased a couple months back  - the one you linked.  The supplier said that for astronomy, that would be the tube to get, and not the other listing he had that was complete in the PVS-7 housing.  So he was willing to put it together for me in a new housing with the NAIT C mount adapter.  Like you said, I probably could have knocked off another couple hundred or so if I did the research and hunting for the parts, but this way, it will all be complete without the potential frustration of wrong parts, accidents, etc.

So Eddgie, perhaps you can give me an idea of what must-have filters I should get?  This is completely new territory for me as I haven't even used them (filters) on my scopes yet.  I'm green there but even greener in the NV realm.

Past this and I would recommend that you take questions to the EAA forum, but let's get you started.

Then you need the filters.

There are two types of filters we tend to use.  The first is the IR Long Pass. Which Long Pass Filter depends on your light pollution.

I live about 3.5 miles from down town Austin, so I tend to use the filter I linked from amazon.  The reason I like this over the 685nm is that brighter nebula are still visible (Swan, Eagle, Orion, and a few others).

The next kind of filter you need is a narrow band H-a.

I think you made a good call just to negotiate a price on a built up system.  Like anything, if you are buying something and the dealer can upsell you and increase their profits, they will usually give you a price break.

Mine was a very good tube and I think this one will be too.  The guy is right in that if you buy a new PVS-7 with a tube equivalent to Omni 6 or Omni 7, a lot of dealers are going to want more than $4000.

Thank you for the insights to the filters.  I will certainly plan on getting at least one from each category.

I think the 650nm in the link above is a great filter for most general LP.

If you are in deep suburbs, you really don't even need the IR pass for telescope, but it is nice for low power sweeping when the sky can be very bright even from distant suburbs.  If you are in the greater Seattle Metro area, my guess is that the 650nm would be a good choice, and the 7nm narrow would be a good compromise as well.

As you will see, H-a narrow pass fitlers get very expensive.  I live near down town Austin Tx, a city that seems to always want to copy anything that Seattle or Portland does but never quite gets it right, and the 7nm works well for me for nebula.  I think I tend to use it most but it is my narrowest filter.

Let us know if you have questions and is OK to PM.

Great.  I'll get that Scopestuff C mount adapter you mentioned.  I live in a development in the northern burbs of Seattle, and the problem is the street light in my cul-de-sac and the annoying porch lights that stay on all night in 80% of the houses, not to mention tall evergreens in the area. Once I get the NV and the right accessories, I'll post my impressions on the appropriate threads.  Thanks again for all the help/hand-holding.

My Boren Simon has a 40% obstruction and has 90mm of back focus so yes, this is what is required for most reducers if the field is to be fully illuminated.

For stellar targets, just as with visual observers, I don't think having 100% field illumination is at all necessary, but for nebula that run to the edge of the field, I think it makes a big difference.  Nebula at the edge of the field that would not not be visible with 50% field illumination will have a much better chance of showing when the field in that part of the view was 100% illuminated.

Peter's 16" dob though totoally rocked using the 41mm Pan and afocal projection.  I mean the nebula views were just wonderful.

I plan on setting up a 40mm Plossl for afocal for my 12" f/4.9 dob.  This will bring it down to f/3.7 and I think that this will make a big difference on Galaxies and Nebula.  If that works well, I think I might try a 55mm Plossl that would bring me down to f/2.5.

I know that this an old thread but hope Eddie can let me know if he ever tried the afocal with his dob. I just got a used envis monocular and experimented last night with a 12nm ha filter and my 11 inch sct and found that views with the filter made too much scintillation. This was at f6.3. I don’t know if this is because I have no gain control or need to get the focal ratio faster. I have the same 12 inch Goto skywatcher dob at f 4.9 and am curious if the afocal approach might solve this for me. I still haven’t gotten the adapter to attach the filter directly to the envis yet but did hold it with my hand in front and got a great 1x view in Cygnus behind the trees last night so definitely happy with that!

A couple of guys posting regularly in EAA are using SCT's for some of their NV work. Might want to look for their posts. Maybe it is Pwang99 and Bobhen?

If not them, a search for the NV tag plus keyword SCT might get you there.

There are now also sticky "Best Of" threads for NV on that forum. Maybe some clues there.

Will do thanks for the tip!

Will do thanks for the tip!

I think this one is directly responsive to your question:

Reading for months CN’s posts in this particular forum (and for many (many) more years more generally)  i have been influenced by many of you for a pretty long time (thanks to everyone by the way, so much informations and feedbacks...its priceless).

I now do have a question for you today. One question before to jump in NV’s world...

Yes, after almost 2 years, im on my way to get my first NV. But before that jump, i do have to choose between a mono or binocular (goggle)...  Thats why im posting in this particular thread started by Eddgie in 2016.

In my dreams, the perfect set up was a monocular, to use with and without my refractor: with my TV 76mm and a 55MM plossl to get it faster, and without, ideally using a Nikkor lens or smg similar (i suppose i will use the monocular by hand much more often, for its simplicity of use). I love the grab n go (pocket) concept of the monocular (i have one Leica for day time);  easy to take, easy to use, easy to travel with.

But now, i have to make a choice : Jonathan, that some of you must know (from the french OVNI NV seller: https://oculaire-vis...h/introduction/), asked me to chose between two options/NV setups :

> And a binocluar version of its OVNI-O (still second hand) :
More expensive, better tube, no c-mount and, of course, the two eyes view...

Both are secondhand GEN 3, both are 26mm /F1,2 with a 31,75mm adaptator for astronomy. The mono is from an old NATO’s stock (ITT brand), the bino from the US Army (brand is LITTON).

i already enjoyed a binoviewer with ‘normal’ EP in my TV 76mm... and  i will get the same brightness on both NV setup if i get it right, so it is basically apersonnal decision to take. But i do have no idea

Ps : i will ask Joathan if can post the pictures of the NV’s...

I have the PVS7 (goggle) and a Mod3 (monocular) and I like and use both. The Mod3 tube has better resolution (others can chime in on that) but using both eyes is the best thing ever. This holds true when using in telescopes and hand-held mode.

Here are the pictures : 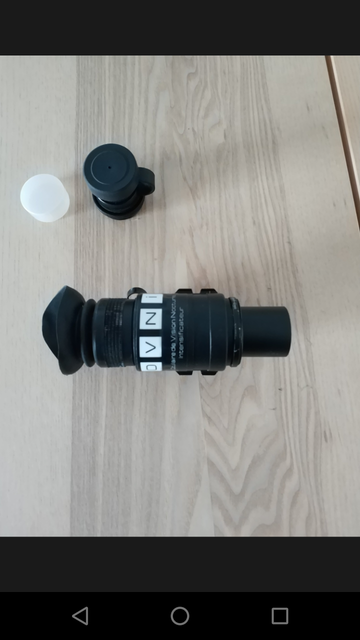 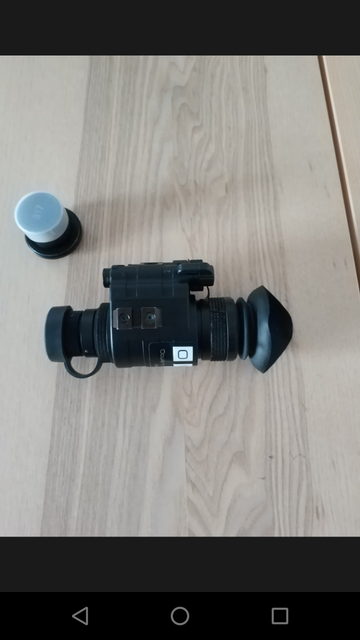 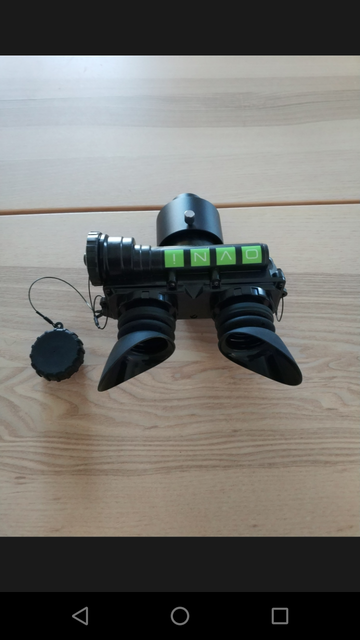 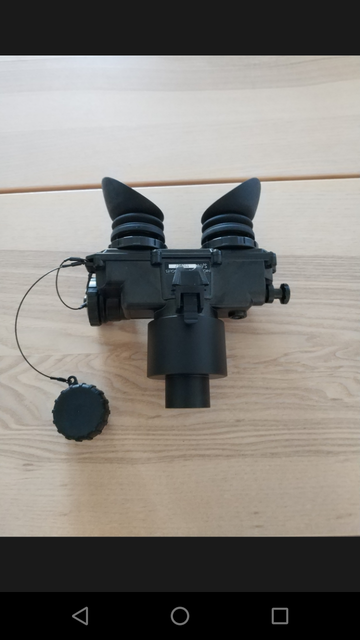 You know you better than any of us.

Look to the split of your viewing in the conventional world. Is it mostly mono or mostly bino?

Yes i know... its still a hard decision to make

in the conventional world, i enjoy both actually. How helpful is that

Yes i know... its still a hard decision to make

in the conventional world, i enjoy both actually. How helpful is that

Then you would probably be good with either! 🙂