469 replies to this topic

I took out the TeleVue Genesis (non-sdf) tonight because the weather was looking clear...but man, it's COLD out there! In order to make it easy, I chose one large and one small target in the constellation Andromeda.

So, I went with the Andromeda Galaxy and NGC 891 (which was almost a pin point in that field of stars...very small in a f/5 scope).

NGC 891 was heavily, and I mean heavily cropped just so you could see it. As a result the stars look pretty bloated. The Andromeda Galaxy was also cropped quite a bit, but not nearly as drastic as NGC 891. It was also downsize and converted to jpg for posting.

These should look better (I hope) when you open them versus the compressed preview images.

As always, I appreciate you looking!

That Andromeda is really excellent Terry..!

Thanks, I really appreciate the kudos! Andromeda looks a bit washed out and the NGC 891 image could give you a headache, lol, but it's fun trying!

Excellent results Terry. The Genesis is a very underestimated telescope Your images prove that.

Thanks Bill, Keith, and everybody, I sincerely appreciate it! The one thing I really, really like about the Genesis is that it makes astrophotography somewhat simple if you're short on patience :-)

The fast focal length and flat field make it a whole lot of fun to use!

In anticipation of Jupiter's return, a pair of pix from back in July.  Same stack, but the first dimmed the planet to make Io & Europa brighter, while the second emphasizes the cloud belts: 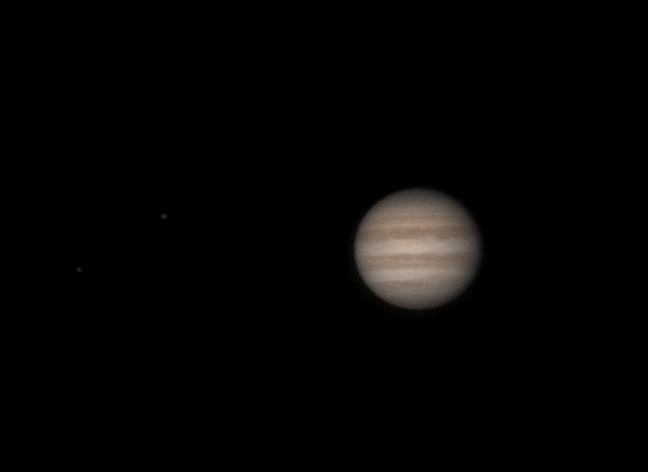 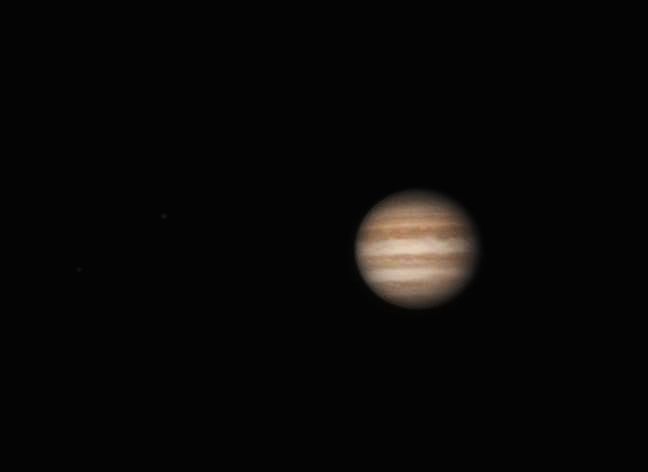 Made with the amazingly economical 1971 Criterion RV-6 Dynascope -- I think that I got my $150 worth!

but I did say I'd post it if I thought it was vaguely passable..!

But as a mono image & with those aforementioned considerations, if you can ignore the gross noise present it was "passable" as a first attempt: I'll definitely try the Dai Ichi Kogaku again when we have the time & inclination, it's a type of non-serious fun activity tbh!

Used the old Canon 50d but also a 2" dielectric diagonal - I was really surprised just how much more it added to the light-path, just plugged the Canon straight into the diagonal out of the focuser with very little out-focus applied to the focuser...so much light-path extension such that I'll use it regularly from now on with ep's: on that score I haven't worked out the "best" ep's to use although both Pat & myself find the long eye-relief varieties much more prone for us to experience those common black-outs...more investigation required. 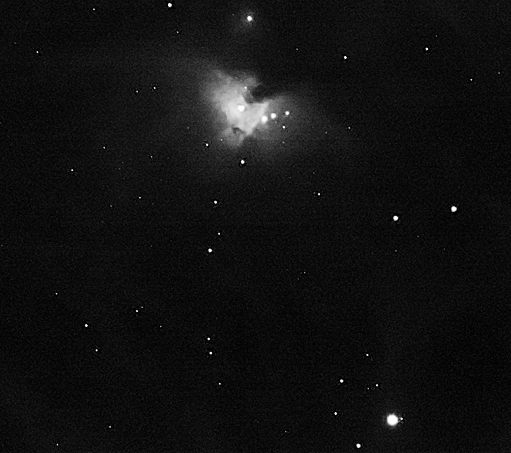 This is an image I took of the Trapezium in M42 with 30 year old Mikage 210 mm reflector OTA on a Pentax MS-5 GEM. 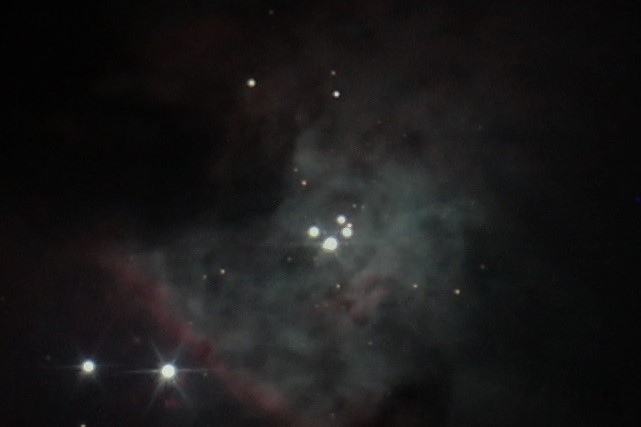 In addition to the A,B,C and D stars, the E star can clearly be seen. The F star is visible but not cleanly split from the C star. A careful look also shows the faint 17th magnitude G,H and I stars.

no flats no bias

Ok, this is all to be fun and no way trying to be deceptive. I did actuaully take this picture through my

vintage Sans and Streiffe but this picture will explain.

Thanks for the 2nd post Chirp - I scrolled down & looked at your first post (#261) but the 2nd post was not visible on my screen at the time...I looked & looked & thought, "naah, this guy is really having us on here..!"

Luckily I scrolled further (but not before I checked the scope's background in a separate Google tab!)

This is an image I took of the Trapezium in M42 with 30 year old Mikage 210 mm reflector OTA on a Pentax MS-5 GEM.

In addition to the A,B,C and D stars, the E star can clearly be seen. The F star is visible but not cleanly split from the C star. A careful look also shows the faint 17th magnitude G,H and I stars.

no flats no bias

While not exactly an old scope, I did shoot this lunar eclipse with a 45 year old Konica Hexanon 200mm lens at f/3.2.  One second exposure at "low" ISO with an Olympus OMD EM5-ii micro 4/3rds camera mounted on a tripod.

here is one more LRGB deep sky image taken with my old Celestron C5 and ASI ZWO1600MMC. Sum exposure time was 4.7 hours. My old SCT has only standard coating, this is why there is a huge halo around Alnitak. I have tried to reduce it in post processing, but not much. I think modern SCT with XLT coating will have less of this internal reflections.

Took this one many years ago with a nice Orange C5.

Seeing is believing:  32-bit versus 64-bit AutoStakkert and IrfanView.  I ran the original video from the RV-6 through the latest versions of these two programs, and I really like the results: 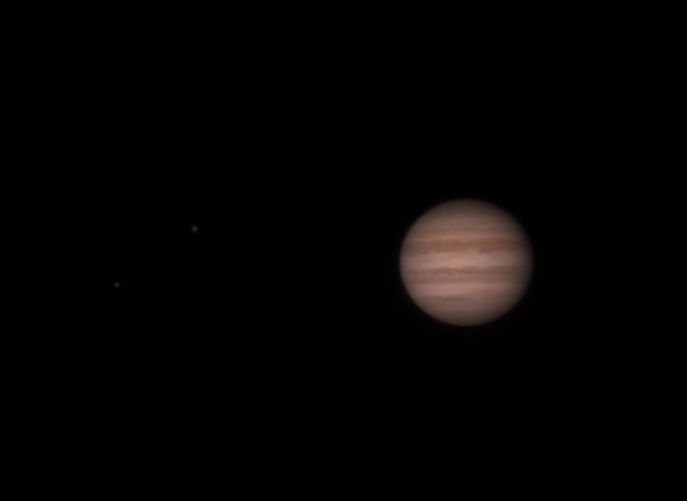 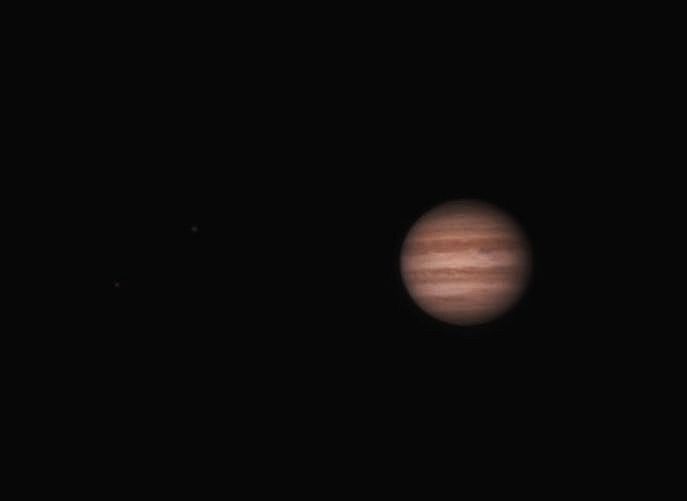 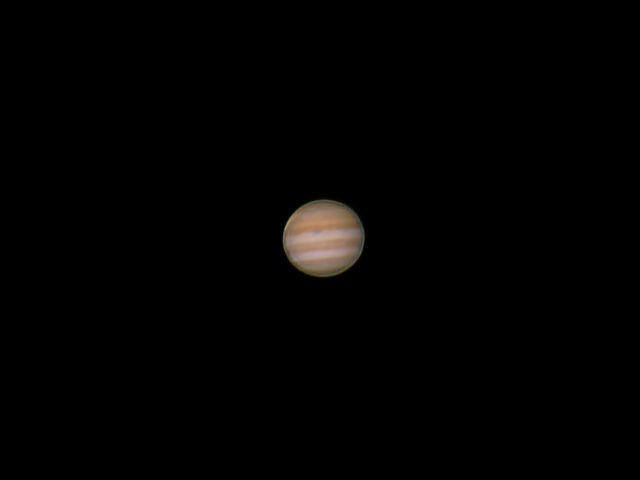 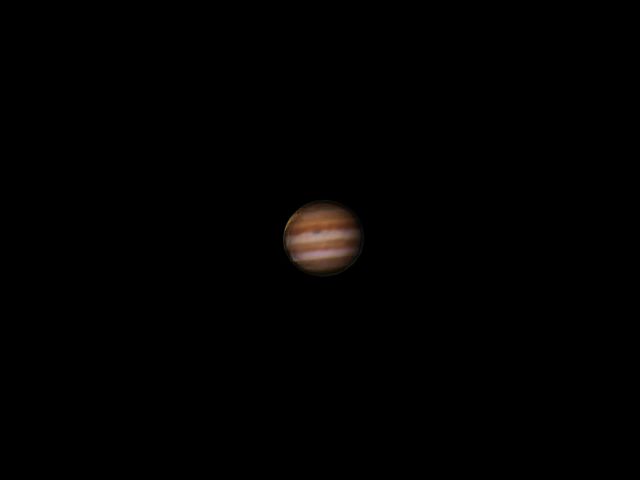 BIF:  Rather than buy another notebook to replace my ancient ThinkPad, I got a Microsoft Surface Pro 4 running Windows 10.  I think that I got the ZWO driver conflict issue resolved...  Once we get some decent weather at The Swamp, I'll try imaging with this all 64-bit system. 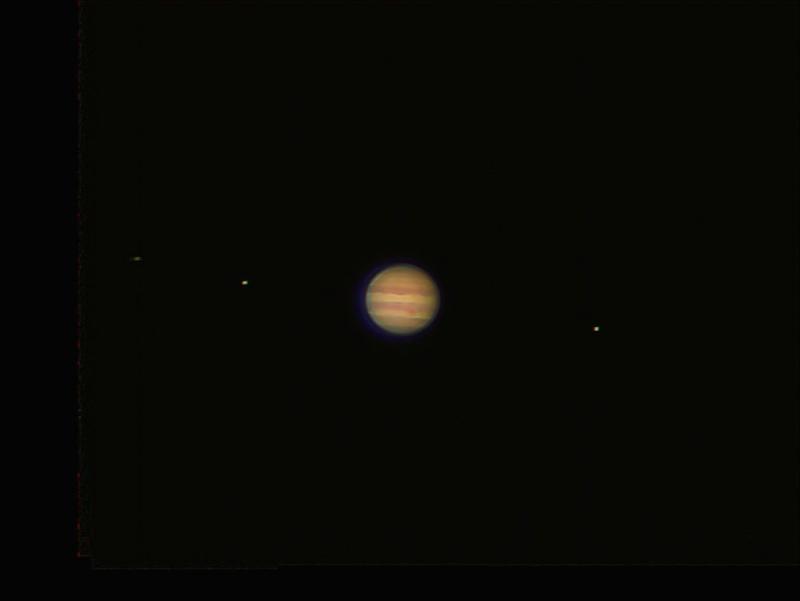 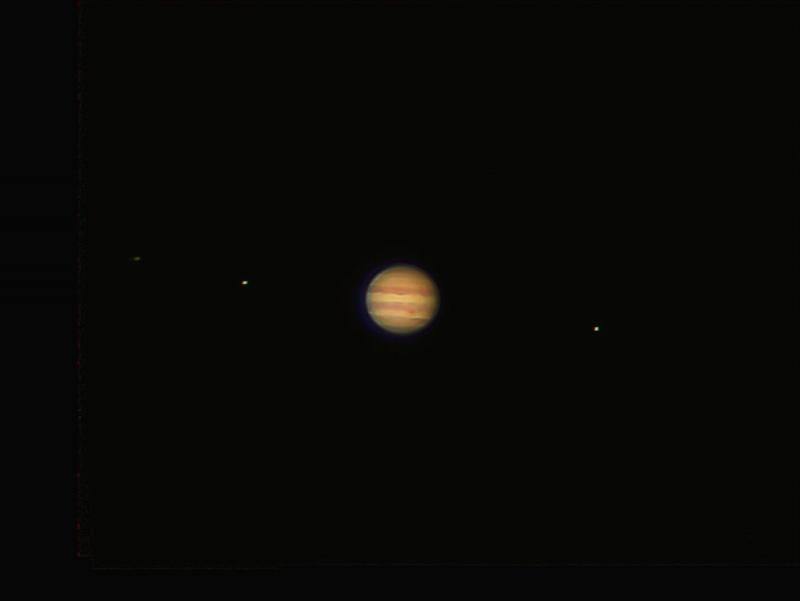 Nice images JW! Amazing what a 76mm telescope can do. Those moons really stand out well too! V/R Terry

Thanks y'all!  The 6336 was on its original motorized GEM + pedestal.  The RV-6 was on my pedestal version Vixen Polaris.  I've just scratched the surface of what the 47 year old Criterion Newt can do -- one reason I got a DSO imager (besides the 2 APOs). 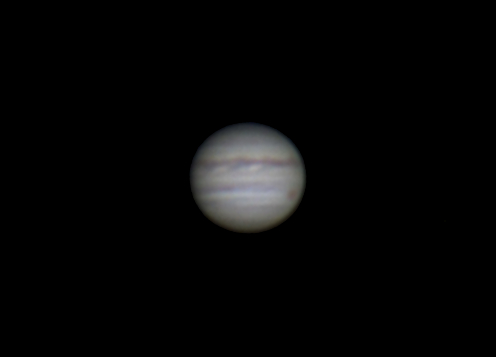 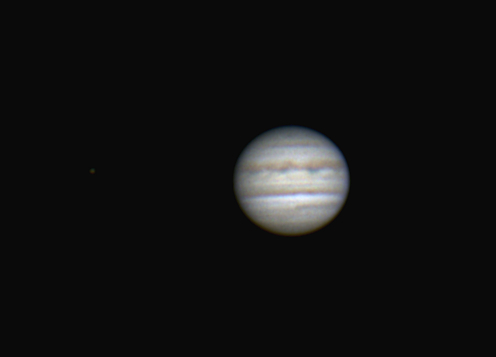 Nice image and a nice collection of vintage Takahashi's.