Here's my latest deep-sky work, a large mosaic right at the junction of constellations Taurus, Perseus and Auriga, featuring their most popular objects, such as the Pleiades or the California, Spaguetti and Flaming nebulas, all bathed in interstellar clouds of dark dust - the huge Taurus Molecular Cloud - spreading all over the scene. 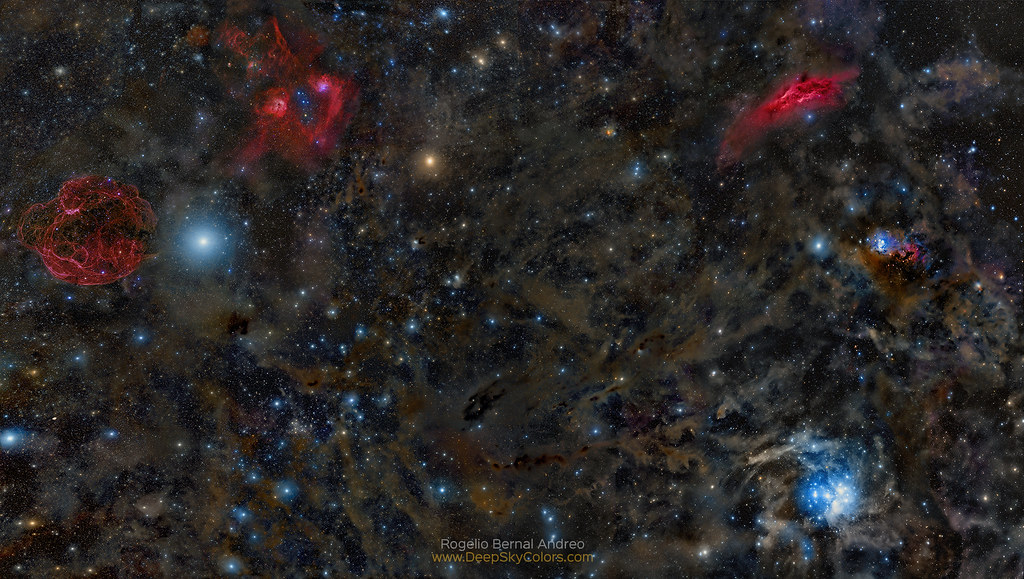 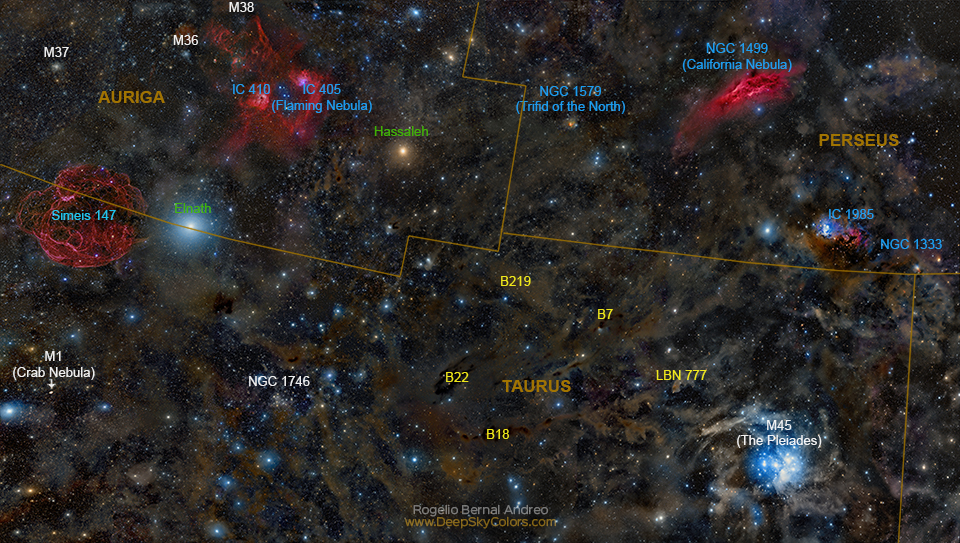 The image was built from five different mosaics - four I have previously completed, plus additional data (21 new panes) captured between September 2016 and January 2017. The area is equivalent to a 45 pane mosaic. All captured with my usual rig: dual FSQ106 scopes + SBIG STL11k CCDs. Since the image is built from several mosaics, each has it's own integration times, etc. Roughly, we're talking about 180~190 hours of total integration time. Hope you like it!

PS: the detail in M1 is breathtaking, I know!

With this photo you resolve many of my questions, I always wonder "what the  hell is that density that seems coming through the light of the stars?, or when looking to a cluster it seems like there are some ripples and can not resolve visually what is it.  Seems that the false color helps to discriminate the objects very well.

This photo gives me one of the best insights about how busy the so call empty space is.

Wow!  I'd love to have a large print of that on my wall

Another amazing one Rogelio!

Why doesn't it give seven likes when I hit the "like" button seven times?!

The master at work; stunning.
...Keith

I didnt even know this could be achieved. Bravo

That's incredible.  Worthy of an APOD for sure - thought about submitting it?

DKeller, I already submitted the image, and I do think it would make a nice apod (if you don't mind me saying!), but what happens now isn't up to me. As with everyone else, many of my images never make it there, and that's okay.

Rogelio, you are the only guy I know who can pull this kind of mosaic off. These monster views of the sky are beyond incredible. It's always something I've aspired to, as these mosaics are absolutely inspiring.

I don't know how you do it! I've had so many clouds the last year and a half or so, I don't think even if I had the skill to do it that I could have pulled off 190 hours of integration in a year's time.

As a newbie to the astro imaging scene I find this image awe inspiring.

Thank you for sharing it and how you achieved it.

Absolutely amazing!  This image is my own personal APOW (Astronomy Picture Of the Week).

I'm not familiar with your imaging set up and capture process.  Are you imaging the same frame on both scopes at the same time from the same mount, or are the scopes on independent mounts?  Either way, you can double your integration time and clock through the filters faster.

And thanks for pointing out the location and detail of M1.

Thanks for all the comments!

Are you imaging the same frame on both scopes at the same time from the same mount, or are the scopes on independent mounts?

I have both scopes on the same mount pointing at the same FOV. I usually take L with one scope/ccd while the other one keeps loooping through R/G/B filters: 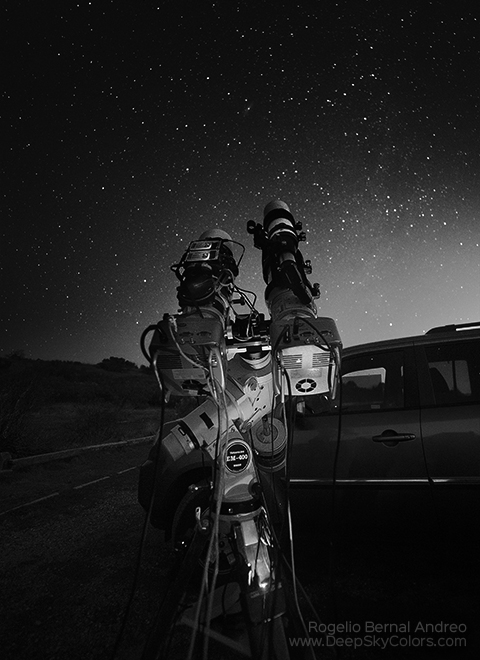