M99, also known as NGC 4254, Coma Pinwheel Galaxy, or the Virgo Cluster Pinwheel (Wikipedia is the source of the names).  Following the same source -Wikipedia- it is speculated that this galaxy may had an encounter with another object, maybe NGC4262 which is a compact small but bright lenticular galaxy, about 280 million years.  There is the other option, that it collided with a dark galaxy (dark galaxies are hypothetical at this moment), called VIRGOHI21.  There seems to be a neutral hydrogen gas bridge between M99 and VIRGOHI21.  Other hypothesis about this galaxy include ram-pressure stripping because it is just entering into the virgo cluster, and seems to have a high star birth rate even if it is not starburst type galaxy. 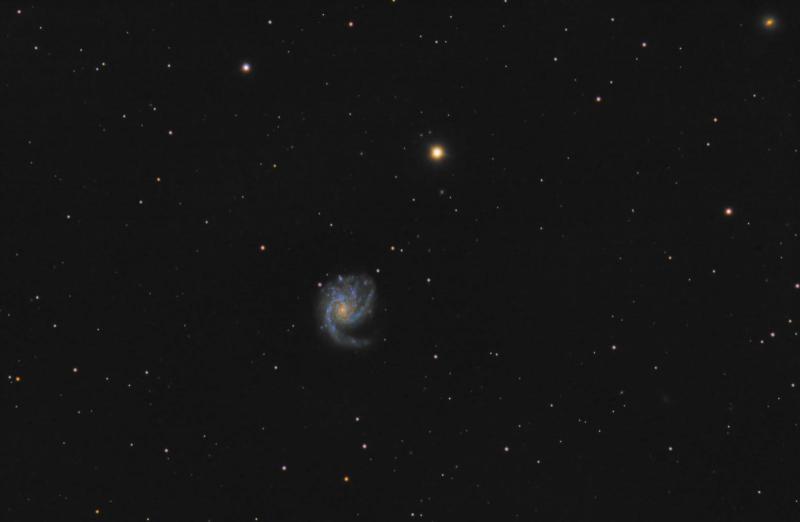 - Also, some of data (from two nights) I catch NGC4262, which I stitched a section to created mosaic that includes the lenticular galaxy.

PS: I had not been able to match my two computer screens, so in one the color saturation looks to high, in the other it looks good.  Let me know if it looks too saturated in color.

Here is the annotated version: 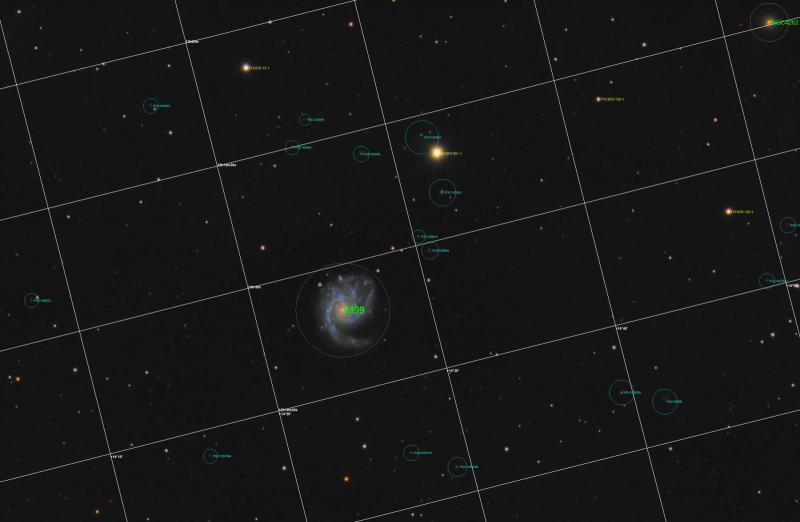 I guess it pays to throw out the bad subs.

I guess it pays to throw out the bad subs.

So I don't throw so many bad subs.  But the short exposures seems to help with light pollution.  So I am happy about that.

What about the color saturation? I still have my doubts of which computer screen is a better representative of the color.

Alvarro : A nice image despite LP & other tracking issues. I think the color came out quite nice, at least on my non-calibrated monitor. Thanks for sharing ..... Anil

Thanks for your encouraging comments.  I know the image is far from ideal, but definitely there is a pleasure in getting to this point (I must be a masochist

after all the things I had to do to get six hours of data), but it is great to hear good comments from the community.

I do hope, the community is not too shy in providing some critique, if not, how I am going to improve my images

PS: this is another version of M99, without NGC4262 (the part I added as a mosaic).  I think it is slightly better, at least M99, where I see more of the blue color in the arms, and the center looks more detailed. 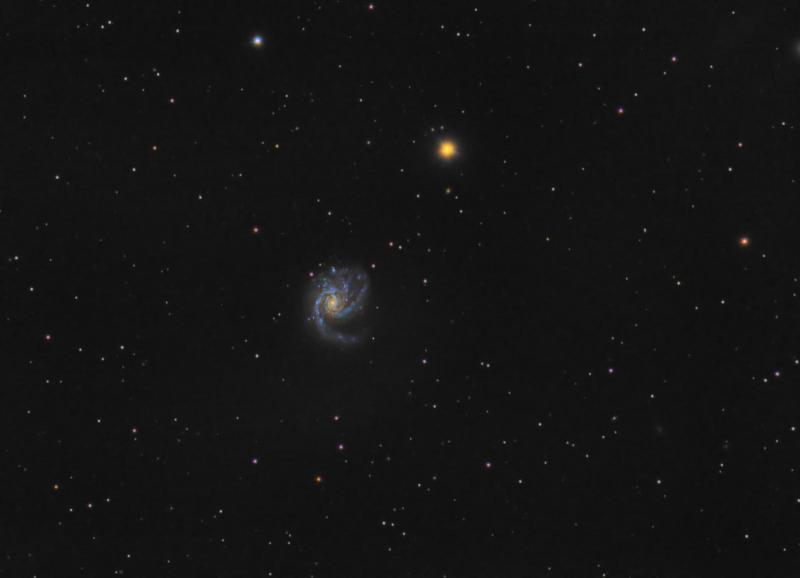