Am I missing a thread for photos?  Let's start posting ... this is just a preliminary edit ... I have better photos (with much less noise) and some great video yet to come, but wanted to get something on the board to convey an idea of what I experienced today.

About 10 miles southeast of Beatrice, Nebraska ... I chased the eclipse today through heavy rain, 80-90% cloud coverage, and when I very nearly threw in the towel, I stopped and hoped for the best. Even though there were some high cirrus, it made for a unique shot, and a crazy cool view. The corona appeared to move with the clouds, and the end result made it look like a moon that was ablaze on fire. Almost a Sauron's eye effect on several of the shots.  Here's a sample.  Anxious to get to work on the rest.

It was honestly a huge day and I can't go into detail on the story, as I'm simply exhausted, but it was worth every effort. I've never witnessed something that moved me to tears like this. I was not anticipating that. This was one long, tough day.

I didn't have time to set up the scope as most of my time was spent chasing this, so I just shot it with my Canon T3 and a 300mm lens. Images slightly cropped. 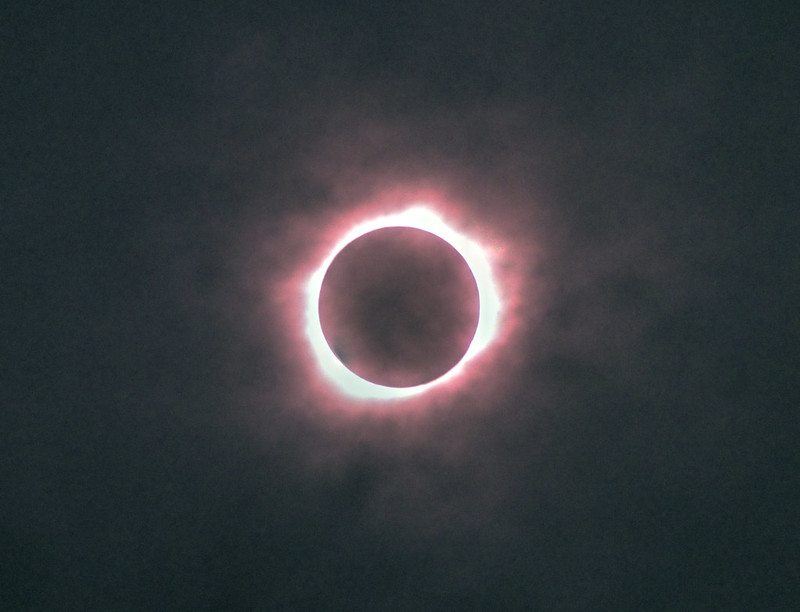 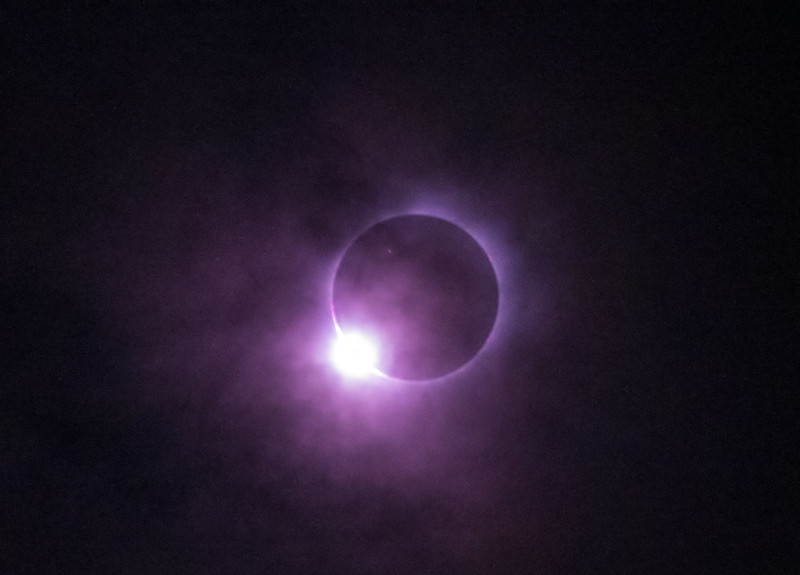 I hope we get some images from Madras,  I was only observing and need some good images to reinforce my memory.   A few of the images that have made it online look different from what I was seeing through my 10x50's.  Different view from different parts of the country? 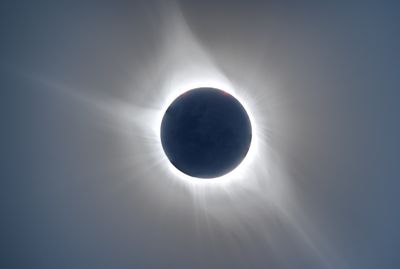 
That is exactly how it looked to us!

That is the closest eclipse pic I have seen, well done on getting the background just right.

I could see the flare on the right with my naked eye ... I called my brother and said "I sure hope I see a photo of that flare!" ... so glad you posted this. Thank you!

you've got good eyes torn8o, I wasn't sure I saw it naked eye even after seeing it through the scope.

My son saw it naked eye, though.

you've got good eyes torn8o, I wasn't sure I saw it naked eye even after seeing it through the scope.

My son saw it naked eye, though.

Yeah, my glasses were off and I think the cloud cover enhanced the contrast on the prominences somehow because it grabbed my attention instantly. You can barely make it out in my diamond ring photo, but at my location it was very clearly visible.

A big thanks to Xavier and his Solar Eclipse Maestro software!  Definitely making a donation.

My contribution. Thanks to foxwoodastronomy for making me able to enjoy this eclipse.

Single exposure from a sequence of the 2017 eclipse with the SkyWatcher Equinox 80, Nikon D5000, Advanced VX: 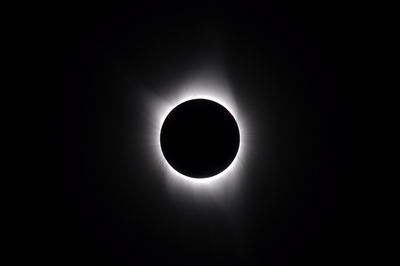 The clouds stayed away, and the view was spectacular!  I used Solar Eclipse Maestro to automate image acquisition during the big event and was so glad I did.  I was able to enjoy the view with my family and friends while getting images that I'll always cherish.  Here's one of the nicer images showing the prominences before C3.  The view was spectacular, especially in binoculars!

Jay Em Wyoming - Canon T2i mod, SV60 with Astrotech 2x Barlow. Lots of pics, need to process, combine etc. One of the most fantastic experiences of my life! My wife and I decided to take a road trip - ~2000mi. to Wyoming, in my opinion one of the most beautiful places on Earth.  Wonderful weather, great people at the site, only downside was an exhausting 7 hr traffic jam back to Cheyenne where are staying. But worth it!  --Keith

Everybody, if possible, do post along with the images the instruments and settings you used for each photo please!

Not totality, but good surface detail and prominences, taken with a ST80 and Quark Chromosphere: I think we hit the cosmic jackpot. We had great weather in Lebanon, OR, great sun spots, very pronounced prominence, and extensive mustache like corona precisely match the spaceweather.com prediction. We had a small but wonderful group of people from U.K., Syria, China, and US. What a wonderful experience.

This is my very first total eclipse experience. The brief 1:48 was very surreal and alien. Now I really look forward to the 2024 Texas eclipse.

Here are some unprocessed pictures taken from my AP140 and Canon6d. I can't wait to post process my pictures. 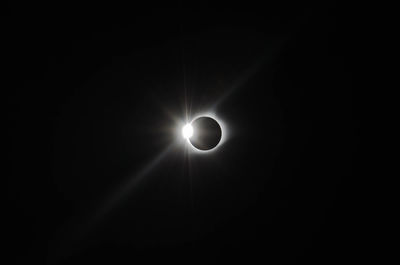 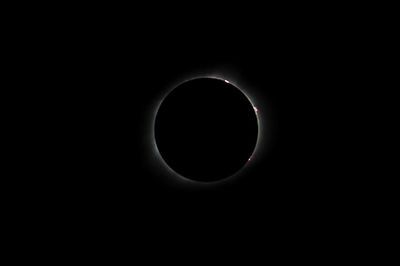