In your picture it looks like the majority of the chips that you blacken are on R2 ie the inner surface of the crown. Is that correct ?

Most of the chips are on the flint R4 and some on flint R3 (top photo, you are looking at R3)

Some chips on crown R2 (middle photo, you are looking at R1)

Flint is on your left, the blue element, bottom photo. 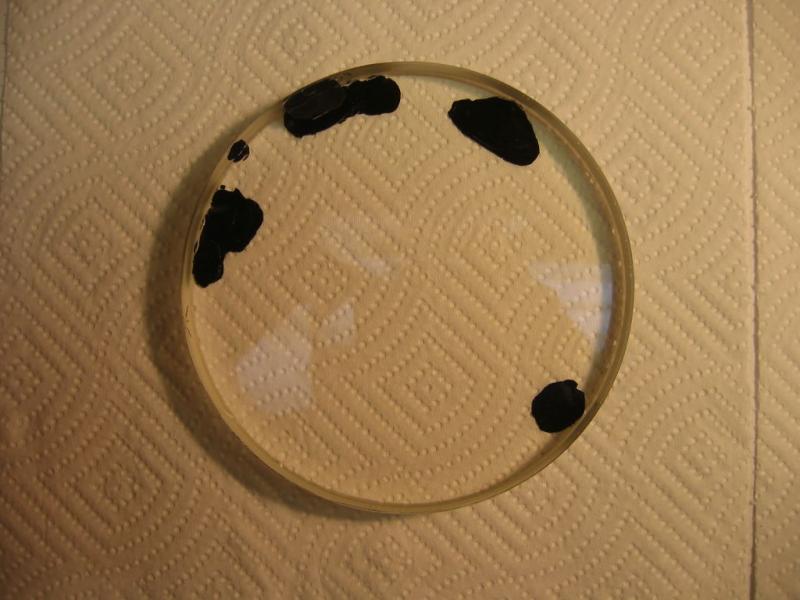 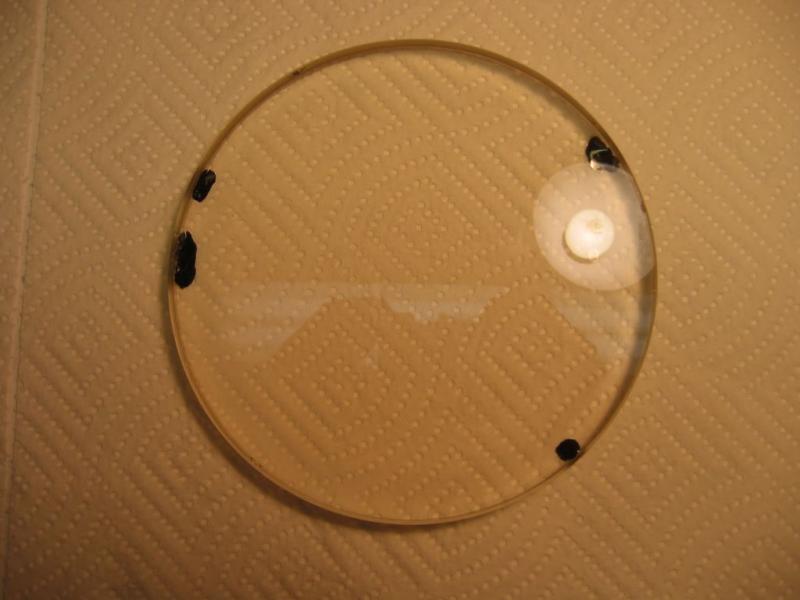 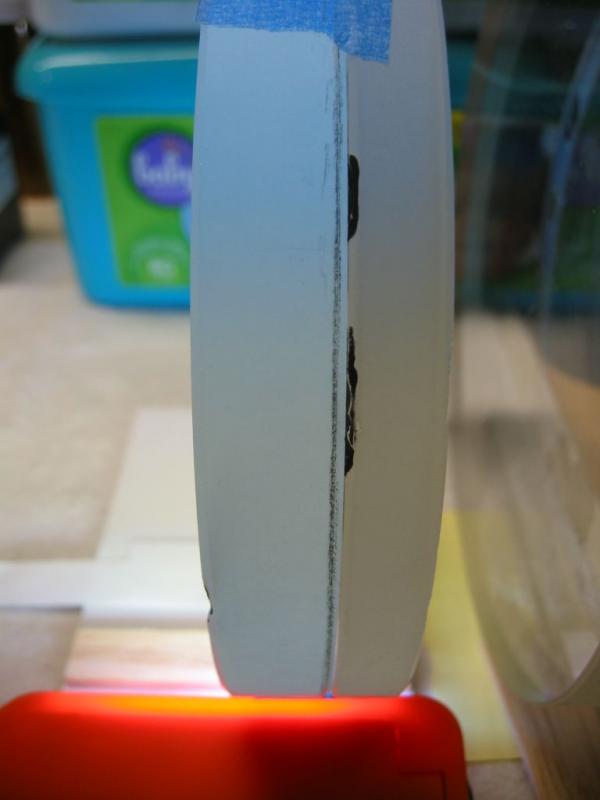 Most of the chips are on the flint R4 and some on flint R3 (top photo, you are looking at R3)

Some chips on crown R2 (middle photo, you are looking at R1)

Flint is on your left, the blue element, bottom photo.

Robert, I do see from the choncoidal fractures that it lives up to your monniker!

surrounded by acres of clams:

Ok,  having the clam shell chips on the rear of the flint makes more sense. The chips usually happen on the front or rear surfaces because someone tried to install the lens back into the cell by not using the "wine glass" method of placing the elements on a stand and raising the cell up, around the elements.

I thought they might by on R2 or R3 and that would possibly indicate that these surfaces were once the outer surfaces of the lens. By the way if you do get a element jammed in cell don't panic and try to force it out. Heat the cell the which will expand it and if you take your time it will drop out with no damage.

Oddest thing though, it honestly looks like it has a turned edge inside

focus at this air space, maybe it's the air space between my ears!

and do some observing. 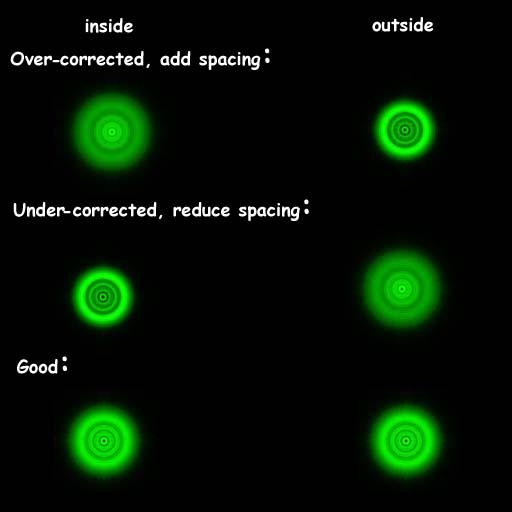 Double pass should easily show the best correction with Ronchi band  since it has 2x the sensitivity of a star test.  You said you are getting straight bands but at a couple of different spacer thickness. That can't be if your doing the test correctly. If you see a turned edge then that is real.

You also need to check the correction in red and blue. Just because the correction looks good in green with different spacer thickness doesn't mean the red/blur focus is correct. It can be much worse and the over all correction is now worse.

In an achromat or APO the refractive index  of the glass determine what the theoretical color correction can be. The figure and thickness and spacing determine if  color correction can be achieved and also if the spherical , coma and astigmatism is fully corrected. Change the figure, spacing and/or thickness of the elements and everything else changes. So if the figure is off and you change the spacing so the correction looks good at one wavelength but  that doesn't mean that everything else improves, usually it is just the opposite. The guys in the Refractor  Forum don't seem to understand that and they start playing around with spacer thickness and report a better star test but they never check the other wavelengths. So who knows what they did.

In an achromat red and blue should come to the  same focus position.  So what you do is  set the the grating so you see only three lines and when looks through a red filter in you hand and also holding a blue filter and you quickly swap them back and forth. The filters need to be fairly narrow band pass of around 10nm or less.  If you see any movement of the Ronchi bands then those wavelength are  not at the same focus.

I just tested in red green and blue and correction looks the same in all 3.

I paid more attention to the turned edge this time, its tough to see the edge with all those

clamchips! It's only at the top inside focus, and only the bottom outside, so I'm thinking I'm

not perfectly lined up with my tester-lens-flat.

When I bought this lens the seller said for a extra $10 he could throw some other lenses in the box.

These are the 4 that came with the objective.

If I let my imagination go I would say these 4 are from a submarine periscope, or maybe a camera.

Also WW2 US submarine periscopes have 4 inch objective lenses (they have 2) mine is 5-3/4". 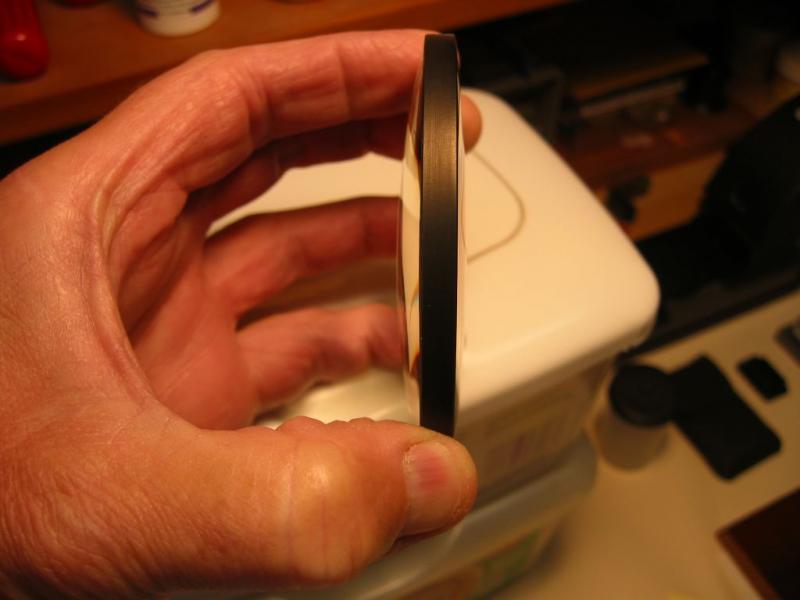 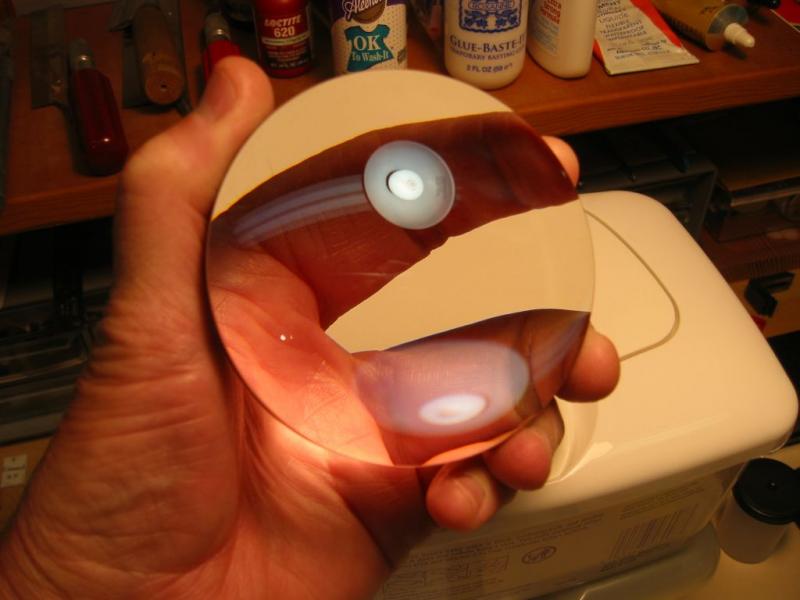 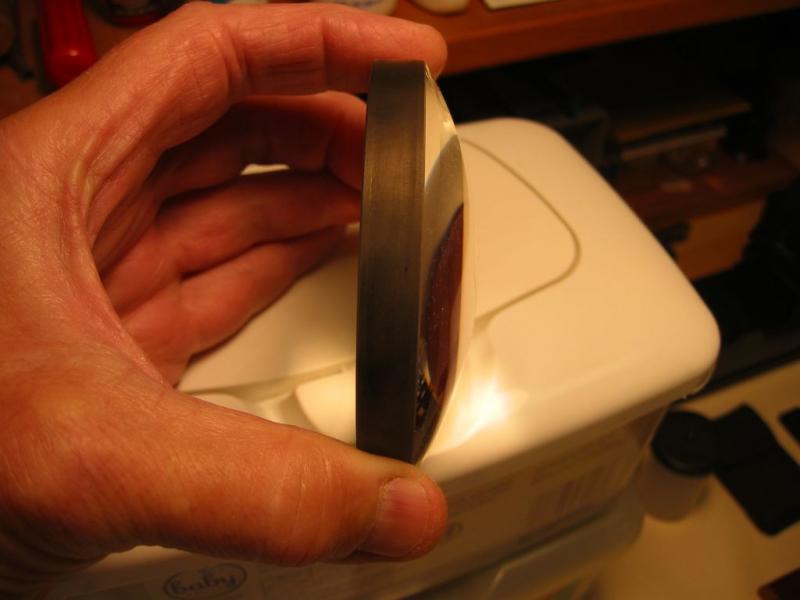 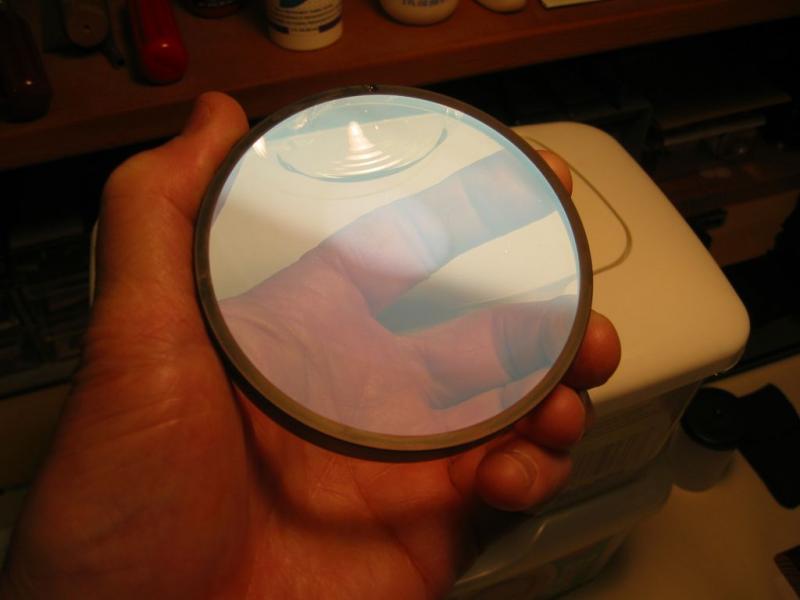 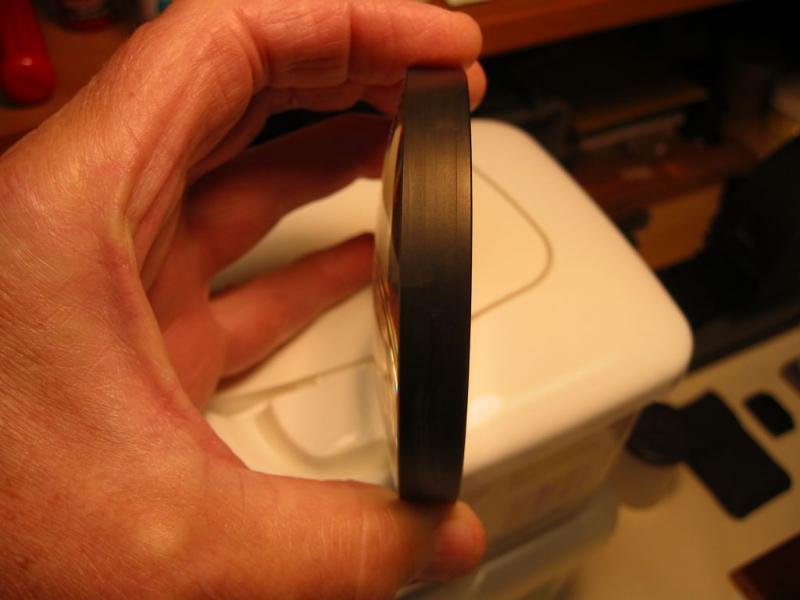