From 16 – 19 March a friend and I visited the beautiful island of La Palma (Spain), located at a latitude of 28°N and 250 miles out of the west coast of Africa. During three nights I had the opportunity to enjoy the fantastic sky conditions here with a typical Bortle 1/2 brightness and SQM readings of 21.7 mag/arcsec2 next to the house and 21.8 mag/arcsec2 on top of the highest mountain of the small island; the Roque de los Muchachos (2426 mtrs). It is here where many observatories are installed to benefit from the near perfect seeing conditions and a clean sky that is cloudless on most nights.

On March 17th I did my third Messier Marathon on this mountain. In 2016 (March 9th) I missed only M30 in the morning from the same location and in 2017 (March 25th) I quit my attempt after not being able to see M74. This year the new moon was closer to the perfect date so I wanted to give it another shot.

Unfortunately, I could not start from the pre-chosen location, because there was some debris on the road from fallen rocks that needed to be cleaned first, so I had to drive back downhill for a couple of minutes to find a new spot with at least some view of the western to southern horizon (between trees). Because of this I had to shift my position for a dozen times in the first half of the Marathon, but that was ok because I was observing with portable 10 inch truss-dobson which only weighs 10 kgs. 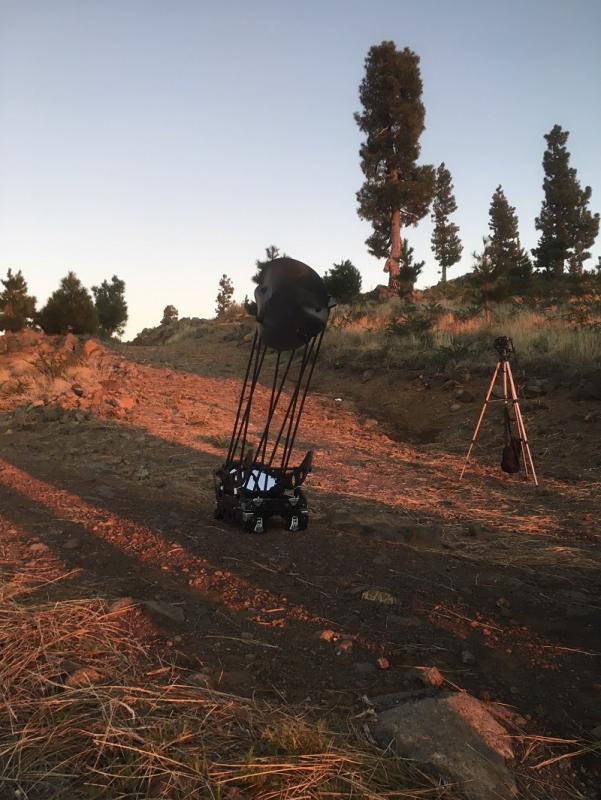 At around 19.30 (local time) the sun sets and a beautiful Venus and Mercury appear above the horizon. The marathon is about to begin! Most of the observations were done with a Televue Panoptic 24mm (50x), but when time allowed I sometimes shifted to a Pentax XW 10mm and even a XW 5mm on a few objects.

I had to wait untill 20:26 before I could glimpse M74 at a comfortable height of 16° and 15 minutes before astronomical darkness set in. It’s a relief that it was so much easier than a year earlier when I was not able to see it at an only 7 days later date!

After this there was a bit of a rush to finish the critical evening objects in Andromeda, Cassiopeia, Triangulum and Perseus, but none of the objects were as hard as M74. In between I had a short look at Uranus, which appeared as a bluish disc. At 21:12 I clear M45, for which I take some more time to observe the (huge) Merope Nebula and attempting to see the Maia Nebula as well (failed).

Reaching Orion, I took some more time as well to take in the wealth of detail in M42/M43 and afterwards, noticing that the seeing is excellent, was the first time that I could spot Sirius B. The image is very steady and the pup is constantly visible without any trembling or false color.

It’s now 22:00 and I have only bagged 15 objects, so time to move on a bit! I rapidly finished the open clusters in Canis Major, Gemini, Auriga, Monoceros and Cancer, before arriving at the spring sky of Leo. It will be mainly galaxies now for the next 3 hours or so, but fortunately many of them are very close to each other and small nudges of the scope will get you to the next Messier object, especially in Virgo.

I had some trouble finding M49, because for some reason in my head this was the Sombrero that I’m looking for and I don’t see any familiar galaxies crossing the field of view. That’s why I finish M61 first at 0:15 before noticing my mistake. After that it’s a breeze until I reach M83 on my list which is still behind the rocks. I still can’t observe any other objects as well, so we decide to quit here for now and head back to the original location. Fortunately, the road is clear now and we can get to our prime location with clear view on the eastern horizon. During daylight this is the view that you have from here: 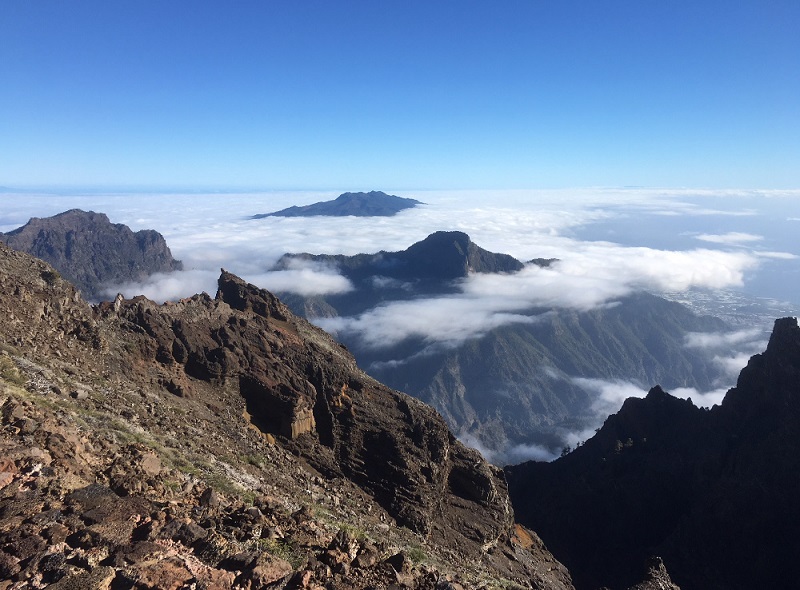 But now it’s dark and windy and we have trouble to find a spot where we have a bit of shelter. When we’re finally set up again it’s almost 2:00 and there is not much more time to waste. We do however take some time to observe Omega Centauri because it’s one of the greatest sights that the sky has to offer and we can’t see it from home in the Netherlands.

After M83 we take a peek at Jupiter and then it’s time for a lot of globular clusters which are all easy to find and see, some a bit brighter and larger, others smaller and softer with hardly any stars to resolve in it. In a bit less than an hour most of the globulars are cleared and it’s time to take a look at the summer constellations Lyra, Cygnus and Sagitta. Open cluster M39 takes some effort because it’s still low in the sky and there are some clouds near the horizon. But after a while I can confirm it and move on.

Now we’re up for some real showpieces in Sagittarius and it’s a treat to look at them, too bad that there is no time to linger… In Scorpio the two remaining clusters are bagged; M6 and M7, the latter being the lowest object in the Messier list. By now the summer milky way has risen to a nice altitude and my friend takes a nice picture of it: 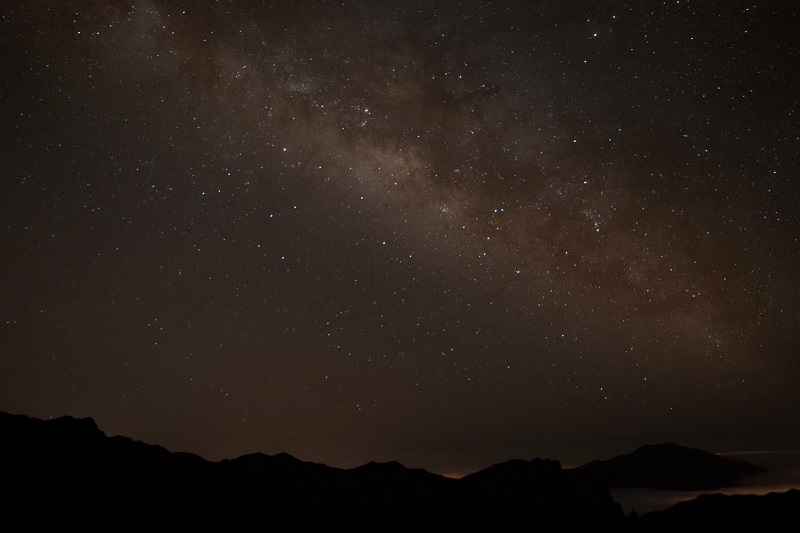 I’m temporarily distracted by two bright dots because I don’t see them in my atlas and I’m not sure which “stars” in Sagittarius they are supposed to be, but then I realize that they are Saturn and Mars and we take a look at them as well. Beautiful! The remaining objects in Sagittarius are being finished, NGC 6652 causing a bit of trouble near M69 and shortly after 5:15 I’m ready to tackle M15 in Pegasus.

There is now about an hour left for the remaining 4 objects, but it will only be until 6:04 until M30 will rise above the horizon. M72 is next, quickly found and it looks nothing more than a faint fuzzy. M73 is smaller than I remember and I’m only able to see 3 stars of it because it’s still so low in the sky. M2 is an easy one, it’s bright and quite large but I can’t make out any individual stars.

I now have 20 minutes before M30 rises and I notice that the hill at 100 mtrs to the east might cause a problem, so I have to move the telescope one more time to the top of the hill. There is some more wind there but at least the horizon is clear. I have to do the starhop several times with a detailed map that I brought, but then at 6:19, at 3° and already 20 minutes after the end of astronomical darkness I see a vague blur at the right location which doesn’t go away by softly nudging the scope. M30! Full score!!

After we’re packed and ready to go, we take some time to watch the sunset from the observatory terrain, a beautiful sight. In the west a strange silhouette appears in the Belt of Venus and after some consideration we realize that it must be the shadow of the mountain that we’re on. 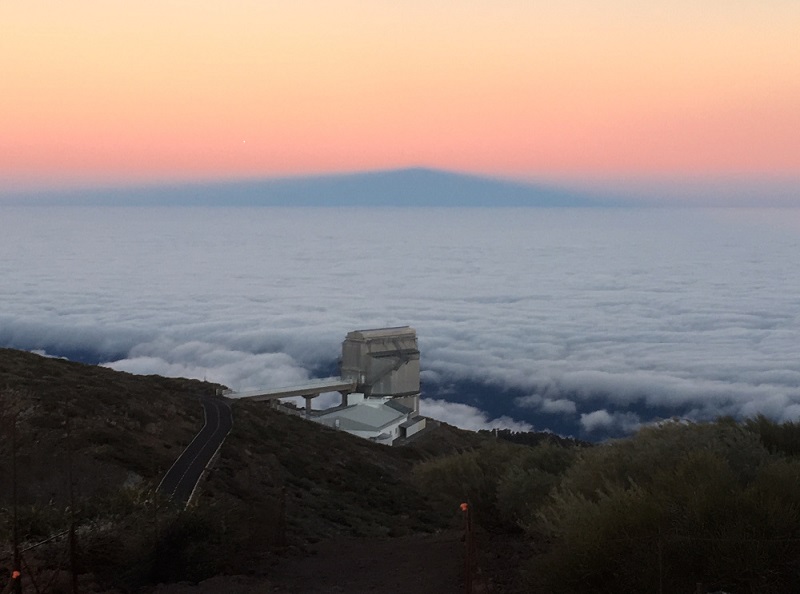 I hope you enjoyed this short write up. If you are interested in more, you can visit my page on the dutch forum where I wrote observation notes about every single object and the exact time I observed them. There are some more photo’s as well. It will be in dutch though

First of all, thank you for the nice read; I really needed this today. Secondly, congratulations on getting all 110. That is crazy that you were able to do all those in 1 night.

Great report. I plan to  get there at some point... do you have any advice on where to go stargazing there?

I am pretty sure doing the Messier Marathon from La Palma amounts to cheating, but since the story was so well written, I'll let it slip for this time.

I suppose it IS a bit like cheating, but why not wear the best shoes you can find when running a marathon

@PI CO100: The best part of the island to stay is the northeast, near Puntagorda (darkest and quietest). From there it's just a one hour drive to the top of the Roque de los Muchachos, where the views are even better.

Congratulations!  That's a rather elite club you've joined.  Pristine location does NOT make it easy, as I can attest to my own chagrin, having failed several years ago to catch M74 or the last couple morning objects from Mauna Kea, Hawaii.  Well done.

I'll certainly visit La Palma in the future with my family, and than I need to plan the trip so that would include some astro activities as well.

Are there any possible complications sending the astro-grear as a luggage on an airline?

I haven't got any experience with this. I guess there is some kind of procedure announcing the cargo in advance to the airline?

I hope my question is not a dumb one

Congratulations!  My best effort during a marathon has been 105.

Very impressive accomplishment! And to keep coming back until you accomplished it is great inspiration.