20 replies to this topic

I'm looking for a good microscope and know very little about them.  I've used a number of microscopes throughout my high school and college years and I'm looking for a decent scope for observing different types of cells, bacteria, paramecium and other microbial subjects.  What scope would have the best bang for the buck?  Here are a few that I've been looking at.

Any opinions or info would be appreciated!

Personally, I find the Kohler important, but mainly for imaging if it is for hobby. I would recommend a trinocular if you are remotely interested in imaging. If not, then I can't really say much except I prefer LED lighting. I feel like it gives brighter, more comfortable viewing. I have purchased several scopes from amscope and the only one that came clean was one of their best sellers. The others were less-often purchased and have oil and dust all over them to the point of needing disassembly. Kohler setups are a pain to take apart and clean, so I ended up returning it. But, the one that I got that was clean was great but didn't have Kohler and I was exclusively looking to image. I don't have much time now, so I ended up just stopping after that one.

Summary: If you buy from Amscope, get one of their most popular models. They seem to put more effort into them.

How do these vintage ones hold up?  Looking at possibly getting an American Optical One-Fifty.  Plan Achromat at $150!?!

I don't believe you can go wrong with any scientific grade model. Just make sure the return policy is sane so you can return a rusty "antiquity". The most important part of the microscope is the objective(s). That is something you may have to hunt for separately from the "housing", so perhaps start from defining your magnification level (e.g. I'd target ~500x). That would shrink your selection to a certain range of microscope constructions in a pinch.

The Amscopes you've highlighted are good hobby microscopes, but the Meji is a bit higher quality.  I don't think you can go wrong with any of them.  I have an Omax, that is in the same class as the Amscope, that I put plan objectives on and it's excellent.

Also 100% new to microscopy, so discount my reply accordingly.

Do you have a good loupe/magnifying glass?  I got one on a whim while ordering my microscope and it arrived first, and I’m actually really surprised by how much I am enjoying it in the meantime.  10x magnification actually reveals a lot that you can’t see with the naked eye, and it’s so small I can toss it into my pocket and not notice it’s there until I find something I want to study.  You can’t do that with a microscope.

I’m NOT saying get the loupe instead!  I’m saying get both.  The one I got, with no reference to compare it to, was the Belomo 10x triplet loupe for around $35.00.  I’m not sure what makes it worth more than the $5.00 ones you can find on Amazon, but I find it worth what I paid.

If the old-ish saying is true about the best X being the X you use the most, a good pocket magnifier may be the best microscope your money can buy.

Do you have a good loupe/magnifying glass?

Joining that sidenote with what I have an eye on: https://www.micropho...ens-starter-kit

That's an easy 150x attachment to your smartphone camera (they have a 15x loupe thingy as well). Read the description it's a really simple but marvelous gadget extending your smartphone tooling capabilities. Not a forum, but a good source for tutorials and other information.

Edit: ( Not a lot of advertising.

If you understand some German: download and read "die Mikrofibel" written by Klaus Henkel (https://www.mikrosko.../mikrofibel.pdf).

Another smartphone linked microscope is in the making! 800x! (No affiliation): https://www.kickstar...icroscope-on-yo 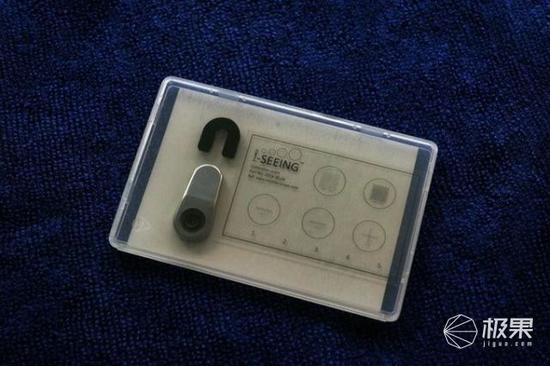 Picture below shows one of those small Russian microscopes from Zenit-LOMO, forming some kind of a bridge between toys and "real microscopes".

Regarding resolution, the set easily outperforms the gadget mentioned above (max. 20/0.40, resolution around 0.38 µm) and at least it looks, feels and is being used like a "real" microscope. That might come in handy, f.e. forkids: as far as I know, high school biology labs/classrooms aren't equipped as of yet with smart phones and magic "Fingertip Microscopes". 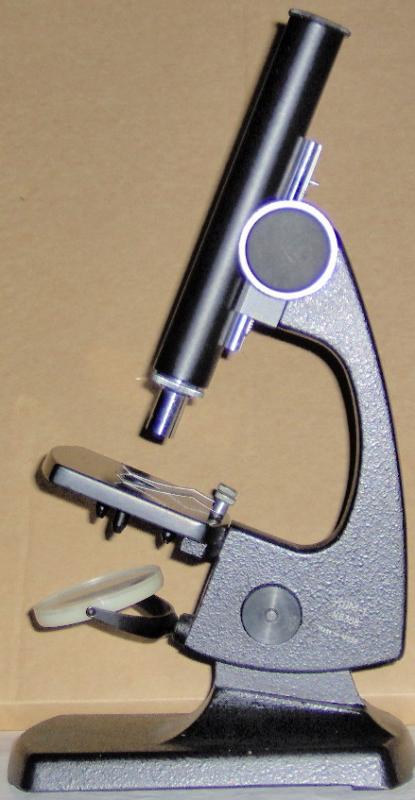 The problem with regular microscopes is that you can't carry any of them in your pocket every day. You can always add a phased/polarized/coherent light source and deal with non-ideal focusing mechanism for non-routine research. I can see it useful in the field to detect pathogens in the water, mushrooms and plants identification, blood, feces, other organics analysis for parasites and anomalies...

Interesting subject, for sure. I have a couple of microscopes on my Amazon wants list, but they're far cheaper than the models you've selected as possibilities (probably not nearly as nice either, but at least are within my budget). I'll be interested to see what you decide upon.

[...]I can see it useful in the field to detect pathogens in the water, mushrooms and plants identification, blood, feces, other organics analysis for parasites and anomalies...

In practice, regular desktop microscopes are used for most of those purposes for one very good reason: TINA and the gadget you suggested can hardly be qualified as the alternative.

Detecting pathogens in the water is hardly possible in the field, mycologists and botanists take their samples to the lab, blood for smears or live cell counts needs propper treatment (staining, dillution,...) that's hardly possible in the field, feces need to be treated according to lab protocols (flotation series, sieving, centrifugation), prior to examination and so on.

One can imagine much of al that to be improvised in the field, except for one thing: the final examination of the slide/filled counting chamber etc... under a microscope.

And apart from that: even developing countries have well equiped labs and well trained lab technicians. They're not waiting over there for the blessings of just another gadget.

Perhaps, your experience is a bit dated by now: https://www.youtube....h?v=h8cF5QPPmWU  or maybe overprotecting the medical lab trade union?

As I have stated above already, all of the side-equipment can be added later. E.g. specialized stainers are like 5 bucks a kit online. The rest is just know how (preheat feces, check

You're joking, right?
Might well be, my experience is outdated, but my critical sense is not.

I'm not interested in youtube videos as a source of information, when peer-reviewed publications and patent applications are availlable.
As far as I know neither the "Fingertip microscope" nor the "Foldscope" are in use for serious clinical or scientific work, regardless of Youtube videos trying very hard to associate those toys with the battle against malaria or trypanosomiasis (which both are notoriously dificult to detect in stained blood smears, even when high end microscopes are used).
The reason why is obvious: they're not up to the task, and that should be prety clear when one (with some basic knowledge on the subject...) takes a look at the caracteristics of those toys.
O, and I have no affiliations whatsoever with "the medical lab trade union", whatever that might be.

Ok. Nevertheless, that project broadcasted on Youtube has been reported at the TED, which is a highly reputable forum, and it is highly praised by scientists and the medical community because it works. The basic knowledge of the subject tells me that a bit better optics and mechanics coupled with image recording and post-processing on the smartphone could do the same or better job for similar tasks.

Forgot about this post! Thanks for the feedback. I endend up getting one from AM Scopes during their 15% off sale, then using a 10% eBay coupon on top of that. 25% off a $500 brand new scope was a pretty good deal.

The Plan Achromat optics are amazing! Way sharper than anything I used in college biology! Just wish it had a cooler light source. I keep frying my tardigrades!

I have a Lietz Ortholux II--it is a state-of-the-art research microscope from the 1970's. It's primary application then, and now, is biomedical research. It's a beautiful instrument (far better than my telescope) and can image under a number of pretty cool modalities including phase contrast (used for looking at unstained living specimens) and epifluorescence (used with molecular probes to visualize cell specific processes).

While I have professionally published research using microscopy, I've always been singularly dependent on technical help and I acquired this instrument to give me the luxury of re-learning what I already should have learned :-).


Also tagged with one or more of these keywords: beginner, equipment, optics