Just wanted to share a few tips that might help you if you own a AZ3 mount (Skywatcher, Celestron, Orion) and have problems with play or sloppiness in the Altitude axis.

I bought a second hand AZ3 for an 80ED refractor and it had a few problems when I first got it.
I’ve read some posts about DIY modifications, especially about adding a counterweight system for heavier scopes.

However I managed to get it work acceptably well with my 80ED (3kg total)  without adding any extra weights, although I’m sure that it would perform even better by adding a counterweight.

There were two main problems with my AZ3:

The first is that the main nut needs to be tightened quite a lot in order for the mount to hold the scope while pointed close to the zenith and to still be able to use the slow motion controls. This is actually where a counterweight system would help even more. But now I can manage to use the 80ED pointed near to the zenith without any counterweights although the slow motion controls do become stiff.

The second problem was the excessive play in the altitude axis when moving the scope by hand and some sloppiness in the slow motion controls. It turned out this was all due to the plastic threaded retainer that travels along the worm drive that was not seated tightly enough.
Synta has really done a terrible job by using a plastic part in this essential area of the mount where precision and wear are a major concern. I used to own the original Vixen custom mount of which the AZ3 is a clone and all parts were in metal, also in the slow motion control system.

I spent a lot of time on this mount, it’s still not totally free of sloppiness but now I’m much more happy with it.
There are better mounts out there but considering how little I paid for it, it’s pretty stable for such a light mount and works acceptably well with the 80ED.

Anyway here are the mods:

1) I took the mount apart completely and replaced the sticky Synta grease with regular lithium grease on the inside and silicone grease on the slow motion worm drive.

2) (see pic below) I replaced the main nut on the altitude axis with a new locking nut. As some have noted in other posts, this nut will not hold properly anymore if you untighten it while making adjustments, it needs to be tightened to the right amount and then left alone. 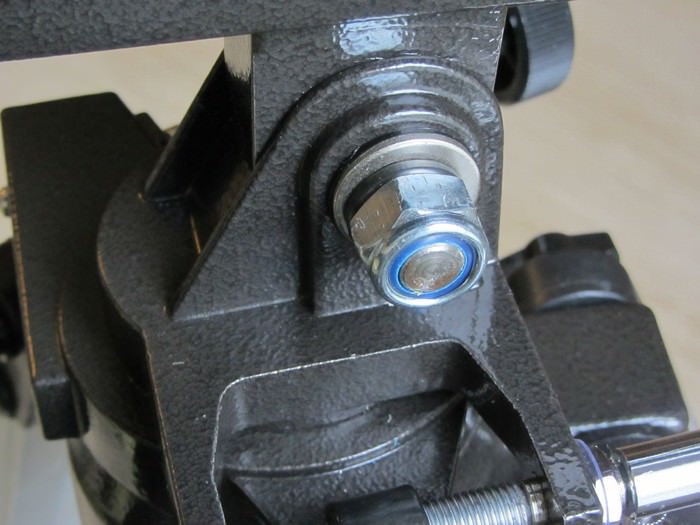 3) (see pic with blue arrow) I tightened the hollow threaded bolt  that slips over the worm shaft to make sure there was no space between worm and the hollow bolt, and then locked it in place by tightening the nut. 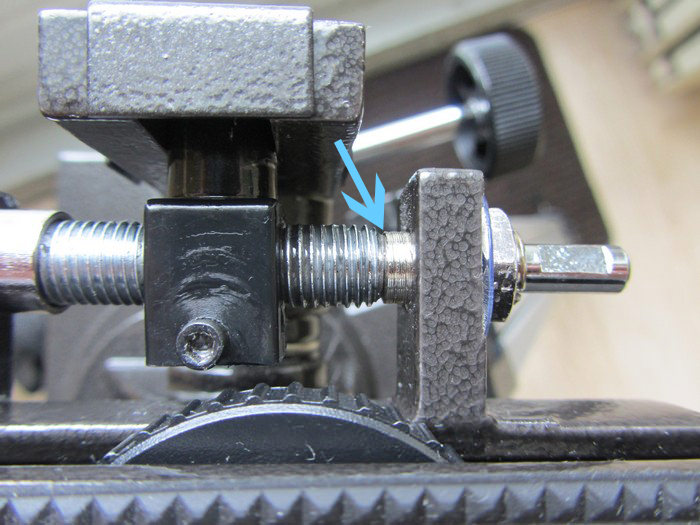 4) (see pic with red and yellow arrows) I added a few washers (yellow arrow) to the end of the plastic threaded retainer for the worm drive. These filled the empty space between the retainer and the metal cover where the bolt goes into.  I noticed that otherwise the worm drive would become either too loose or too stiff when I tightened the bolt holding it in place. This way I can tighten the bolt without pulling the retainer out of place or distorting anything. 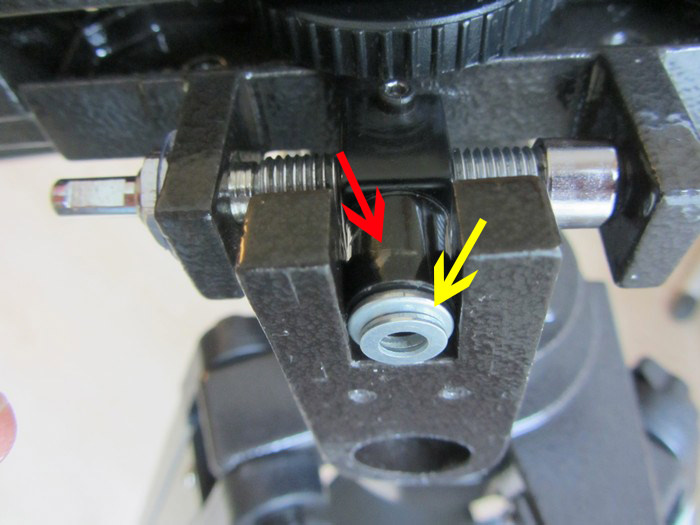 5) (see pic with red and yellow arrows) I added a few rounds of strong transparent tape to the cylindrical end of the plastic threaded retainer for the worm drive (red arrow) to make it fit more tightly in the “U” form it goes into.

6) (see pic with green arrow) This is an extra mod that is probably not necessary depending on the situation. I filed the split in the plastic threaded retainer creating a little more space so I could tighten it more around the worm, but after all the other mods it turned out I managed to reduce the play without having to tighten it that much. 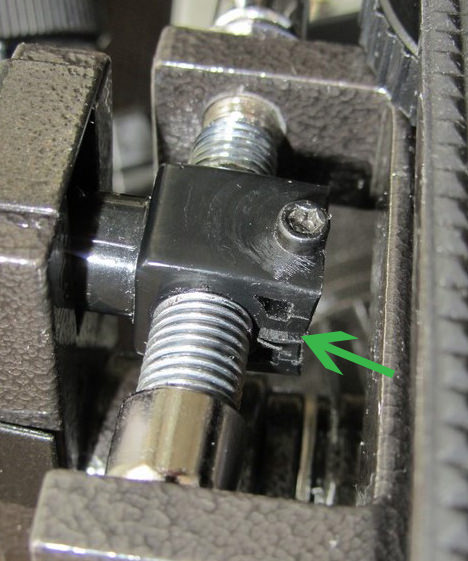 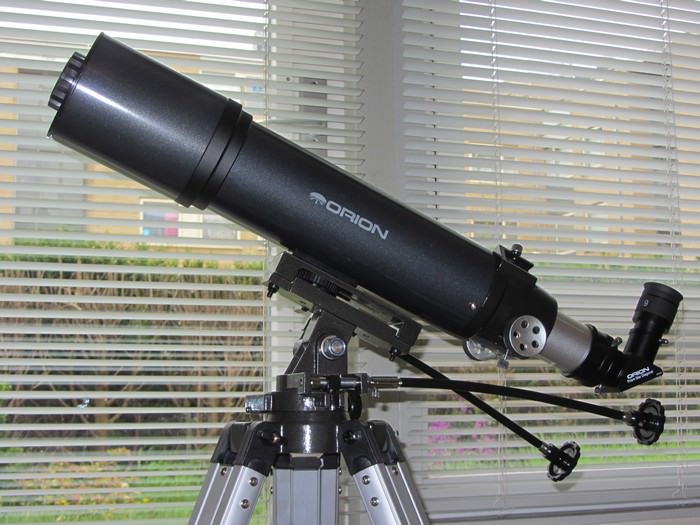 Very good -- I like how you placed arrows on your photos so that folks can understand everything perfectly.