Having recently acquired a C90 Astro to complement my Spotter I've spent some time working through the posts in the ‘Orange C90’ thread to produce a C90 Registry for the USA made C90s.

Based on the serials, there was no distinction between Telephoto, Spotter and Astro versions in numbering, although Telephoto versions were styled ‘Mirror Lens’ on the gold band around the rear of the OTA on which the serial number is printed and the Spotter and Astro versions were styled ‘Maksutov Telescope’.  From what I have read, other than this, the OTAs are the same between all three versions.

The optics have different numbers and, unlike the Schmidt Cassegrain scopes, the optics number on the corrector can be read without removing the corrector, although as it is written on the edge, when you look at it from the front through the corrector you see a reversed image and need to allow for this, as can be seen in the post below.

By the time the C90 was introduced, in 1978, Celestron already seemed to be thinking of moving away from the old style serial numbers used for the C5s and C8s which showed the quarter and year of production.  Instead, the C90 serials started with a 9.  Initially 4 digit serials with the pattern 9nnn were used with nnn being a sequential number (the earliest number is serial 9136, a Spotter reported by Dmala) and when they reached 9999 an extra digit was added giving a 9nnnn pattern.  However it would seem that the sequence did not restart at 1, to give 90001, but continued from 1000, ie going from 9999 to 91000, as we have the Spotter reported by Apophis Dude with serial 9896 and the next one is a Telephoto with serial 91687 reported by Charles425. But it could be that there are C90s with 90nnn serials out there.

However, when 9999 was reached, although they moved to a six digit format of 9nnnnn, this time the sequence does appears to have been restarted from 1 as we go from the Spotter reported by LostInStool with serial 99429 to serial 900212 reported by Geo.

Some time between the Spotter reported by Antonio Spinoza with serial 915626, and the Astro reported by Cometeer with serial 921082, the C90 seems to have changed from an orange tube to a black one.

To confuse matters further, there are also black C90s with 8nnnnn serials as reported by Joe Cepleur (#887061) and SkyCruzr (#896298).  Does anyone know how and when the 8 series numbers fit in?

Finally, the f5.6 Telephoto, also styled a ‘mirror lens’ on the gold band, had serial numbers starting with a 5.  Only one has been reported (by Geo) with serial 501649 so it’s not clear yet whether the f5.6 version followed the f11 version with initially having 4 and 5 serials as well.

As always, any further contributions, clarifications additions and corrections gratefully received.  If known, it would be good to have the corrector number and the original purchase date if known and, for astro versions, any date on the motor.   Also, if there is a case, is it a leatherette covered wood case or a plastic case and for Spotters and Astros, what manufacturer’s symbol is on the finder scope? 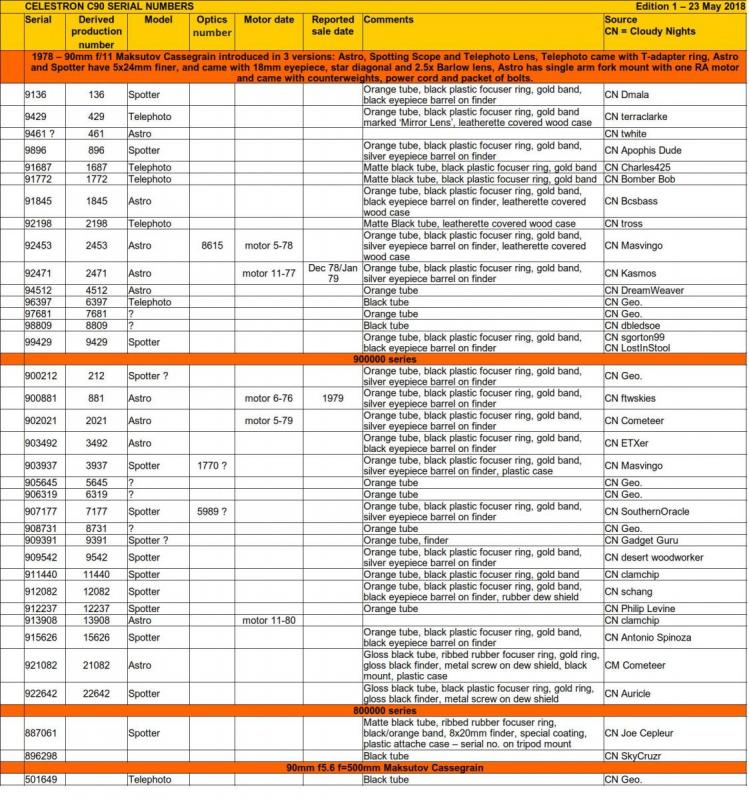 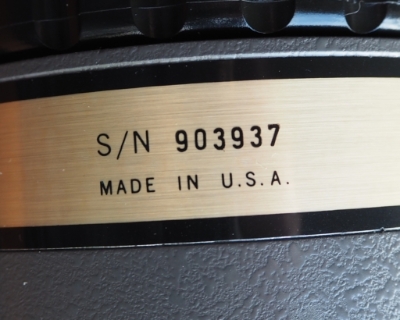 The optics number can be seen on the edge of the corrector at the bottom ... 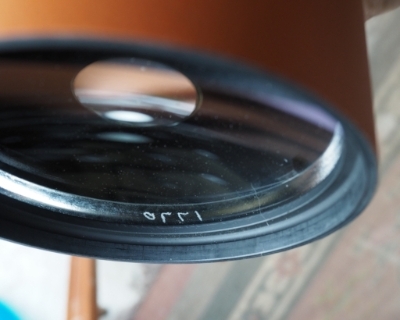 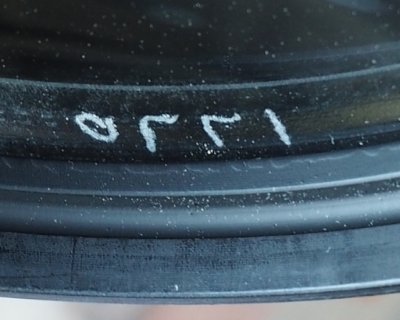 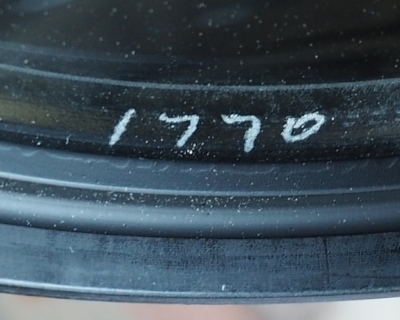 The finder on my Spotter marked circle dash for Carton? 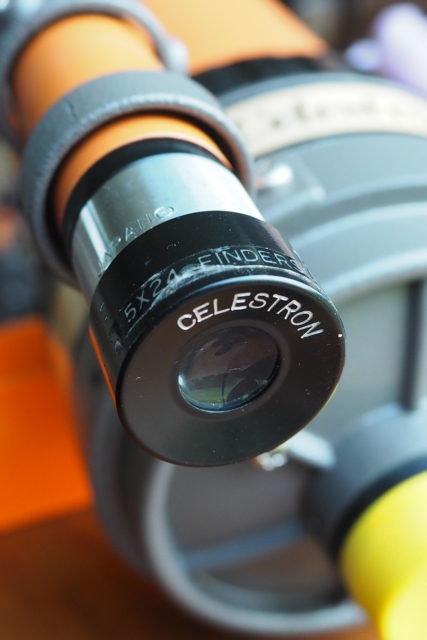 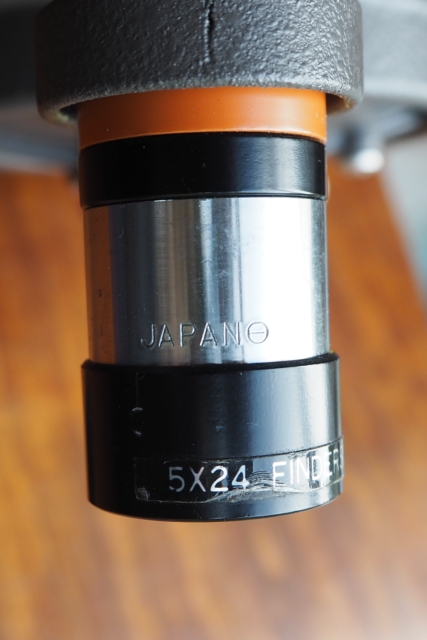 The finder on my Astro marked oval M for Mizar? 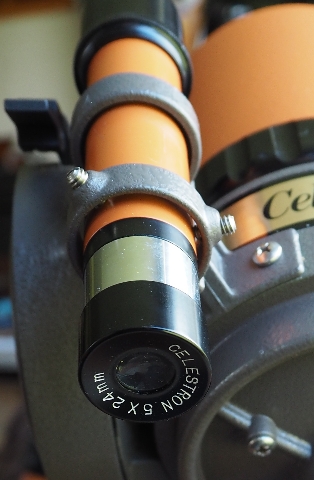 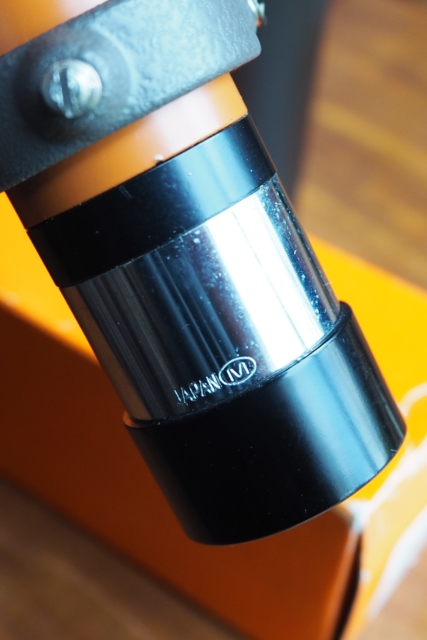 I've added this one to the Useful Classic Scopes Links sticky, with the other registries.  LINK

Thanks for the new C90 serials, Sven and Richard, I've added them to the C90 Registry, which is now updated to Edition 1A.  As with the C5 and C8 Registries, new entries are shown in blue.  I've also added the additional information for your C90, Cometeer, thanks.

As people sometimes submit details of 'scopes belonging to friends or their club, and also because some 'scopes will get sold as the years go by, the Registry has been setup to show the source of the serial number and other information recorded rather than the owner, although in the majority of the cases the two will be the same.

Thanks for the details for your Spotter, shooze.  I've added it to the C90 Registry, which is now updated to Edition 1B.

Recently picked this up at a hamfest:

I can't find an optics number where it's supposed to be

Eyepiece is silkscreened "30mm Kellner .96" and stamped Japan with an "M" in a circle (looks like the Mazda logo)

With an eyepiece in place, the image is inverted, but it came with the "Erect Image Diagonal," a prism insert which inverts the image for use as a spotting scope.

Also came with two Orion eyepieces (9 and 12.5mm), Orion 2x Barlow extender, a Meade polarizing filter that screws into the various eyepieces, a T-adaptor (Celestron) with CA bayonet mount on the camera end, a solar filter (Celestron) that fits over the objective, and factory Kydex carrying case.

Still in the case were a copy of the Celestron Spotting Scope Instruction Manual, covering 5 different models including the C90, and the original sales invoices for scope and accessories, all from Orion Telescope Center in Santa Cruz, CA.

It does NOT look like the C90s I see currently for sale -- the rear half is a knurled rubber ring for focusing in front of a big casting which makes up the rear end and holds the tripod adapter, mount for finder and eyepiece.  Ahead of the right, the barrel is a simple cylinder.

The Solar Filter is just heavily mirrored Mylar with a rubber ring to hold it in place.  I'll bet his first thought was "I paid 80 bucks for THIS???"

Interestingly, I also got the Summer 2002 Orion catalog with this, and no Celestron items are offered, nor is there an Orion scope configured like the C90 I have.

Hope this info is of value to someone.

You got my sn and other info correct, but I didn’t know about the lens marking until I read about it in this thread! Checked mine this morning and it shows two marks. One appears to say (in reverse) “6404”. Then about 90° ccw from that one (facing into the objective end of the scope) it looks like it says 810. 🤷🏻‍♂️

Also having one of those

Was actually my first scope, got it at some point in the mid/late 80s IIRC, bought second hand.

It came with the one-armed motorized mount, a wedge, 24.5mm prism+barlow+eyepiece, plus two T2 extension tubes (21mm and 121mm) that connect to the SC(?) thread on the back.

The motor drive must be somewhere at my parents place (several 1000km away...), so I cannot check the date on there.

Don't know if this is original, but the finder has white or semi-clear (formerly) plastic screws.  The scope needs some serious cleaning, is a little beat-up, and not sure about the innards, but it doesn't perform too poorly. 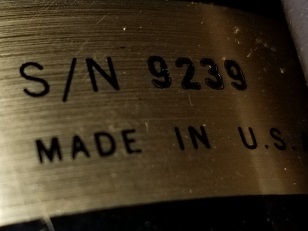 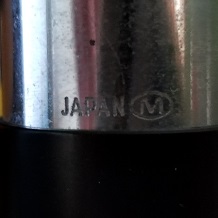 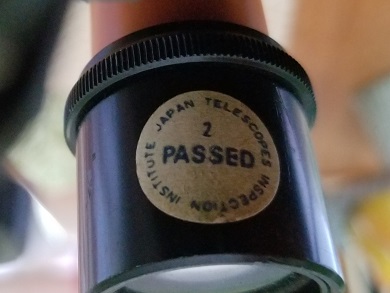 Finder has what appear to be the same clear plastic screws, as shredder1656's 9239 (so they are probably original), front of our finders are the same including the sticker. However, the back of mine has "CELESTRON 5X24mm", no Japan (M) or Japan (-) and is all black. No stamped mark on that part at all, However, there is residue from that I think must have been a sticker. (Speculation, that it probably had a sticker like: 9969 (also with a black back of the finder) is reported to have. It may have come off after I acquired it now that I think of it, or I saw something on other pictures. I'll look where it was stored to see if I can find it.)

Was purchased used on ebay, with a Nikon T-ring, and T-ring adapter. So I'm not sure if it was originally any of the other models or just the 1000mm telephoto/spotter (not sure on distinguishing characteristics?  The T-ring is actually interesting, being two part, the inner part being a "for OLYMPUS-OM TAIWAN" but the outer part being a Nikon F-mount, so I question if that's original or not.

Orange tube. Gold band. Made in USA. If people would like pictures, ping me.

Its hard to get the serial # on the corrector because of the built in dew shield but I managed , my finder is Circle V by Vixen 5x24.

Mine came in the black plastic case with ' Celestron International ' on the lid and its quite sturdy doing a good job looking after the OTA .

If I understand the s# method they used, this should be the 13,543rd one made. Sound reasonable?

Does anyone else besides me have two numbers on their lens?

I bought a Celestron C90 spotting scope some months ago, the former owner didn't know so much about it, as he bought it from another amateur astronomer and so on...

It's a black tube one, with ribed rubber focuser (now not moving so well), in a little case with the very little 20mm finderscope (I think., it's not a 8x20, but perhaps a 5x20 - as this scope stands now in a little holiday house far away from my hometown, I cannot compare the finder with other ones to get clear about its magnification).

Also in the little case there was some 0,965 inch equipment: the 45 degree amici prism, two Kellner eyepieces of 30 and 25mm and a 12,5mm orthoscopic eyepiece. In addition the former owner gave me a Baader T-adaptor to use 1,25 inch equipment. 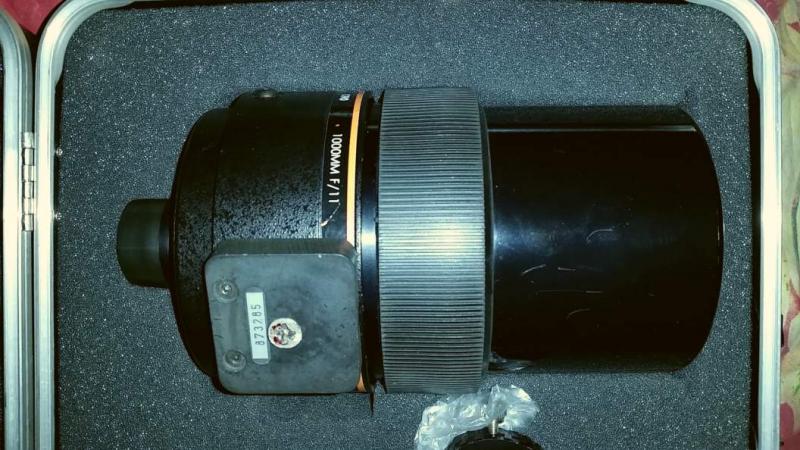 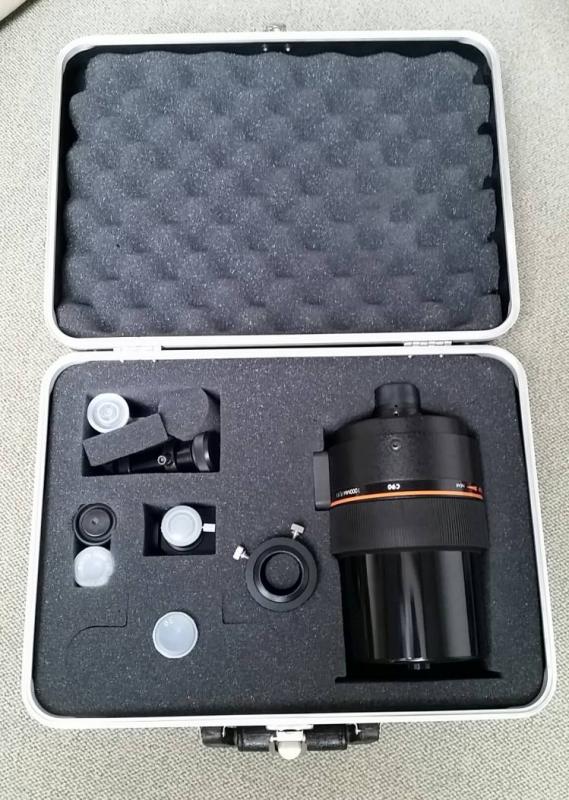 I’ve finally got around to updating the C90 Registry which is now at edition 2.

I’m not sure where to place beanerds’ C90 for which there is no OTA s/n and have placed it at the end of the 900000 serial series rather than with the 800000 serial series for no other reason than it has a 24mm finder and not a 20mm.

OldGuy6 – thanks for thedetailed information on prices shown on the invoices that came with the C90 you recently acquired.  Where was the serial number on yours – was it on the bottom of the tripod mounting block?  Have you got pictures of your scope?

Jim (ftwskies) – I’m puzzled by the second number on your corrector – I’ve just had another good look at my two (a spotter and an astro) and both of them have just a single 4-digit number.  Has anyone else got more than one number?

As with the C5 and C8 I assume that the numbers etched on the corrector represents a serial of some sort for the optics set but beyond that I have no idea what it signifies.

james_Ian – I would have expected a four digit number for the corrector number – just a thought but could the ‘11’ or ‘H’ be a ‘4’ so your optices number is ‘3294’?  Have you got a picture showing the number?

My scope looks just like Uranotopia's, including the case, except that I have the spotter mount and it doesn't look like he does.  S/N is on the bottom of the tripod adapter.