Old Comet pics- been thru this?

Having run across a box in my attic, a pic of a Comet. Nothing spectacular , another Comet pic.

My notes don't indicate the Comet's observations or film used , just the stamp on the back is DEC872413 , likely processed by fox photo. Probably shot a month earlier when higher in the sky.

I can tell it's fairly fast color film , grainy and there is lots of LP - shot from Oakland Ca 1987.  Few background stars.

Pretty sure that it is Bradfield C1987/P1

Got GUIDE9 and a few other programs open trying to match this up.

I do not know if it was taken at prime focus or a piggybacked telephoto lens. So I would have to compare the background stars  both revered E/W and normal orientation.

Is there any easier way besides painstakingly comparing background star-fields in the Comet's path to make positive ID on an unlabeled pic?

Most my stuff  (Solar) I would process and print using  2415 (Tech pan?) , we had Lumicon right there a few miles away.

Id get standard and hypered 2415 from Jack M and his hyped SRV3200  could get a pretty nice AP from the LP city in minutes -   Have those notes.     On to comparing star fields....

ASA400 Ektachrome.  That was the stuff for me back in the day !!

The shot was at prime focus with an OM-1 using hyped 3200 , was also photographing M42 with a Deep-Sky filter  that evening from that washed out location.

I liked the Kodak Ektapress 100 myself, it had fine grain and great color.. 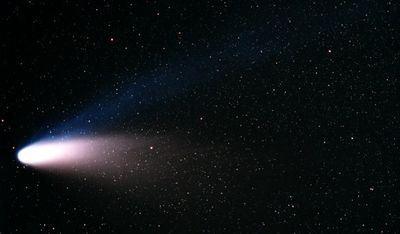 I shared an earlier post of comet Hyakutake. Here's my Hale-Bopp images. Olympus OM-1 camera with my 10" and 18" scopes. 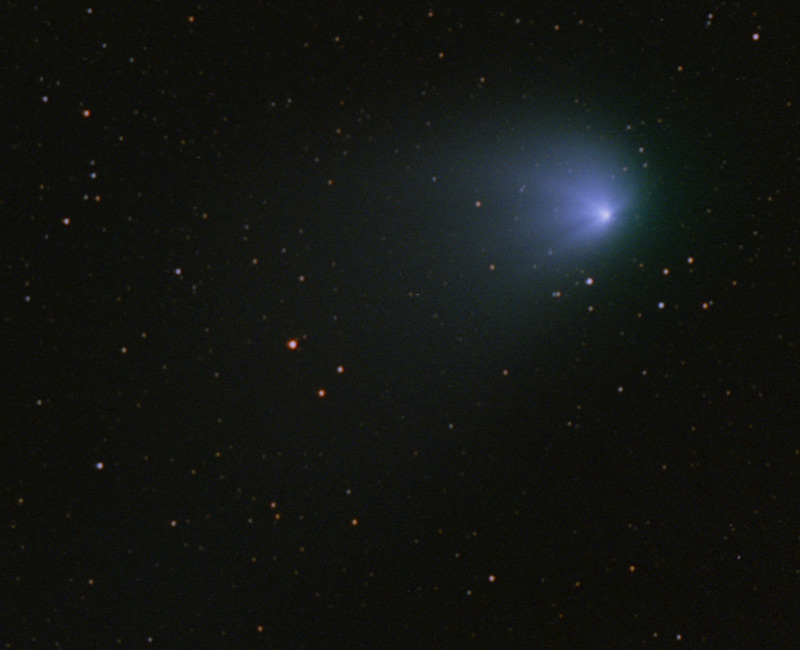 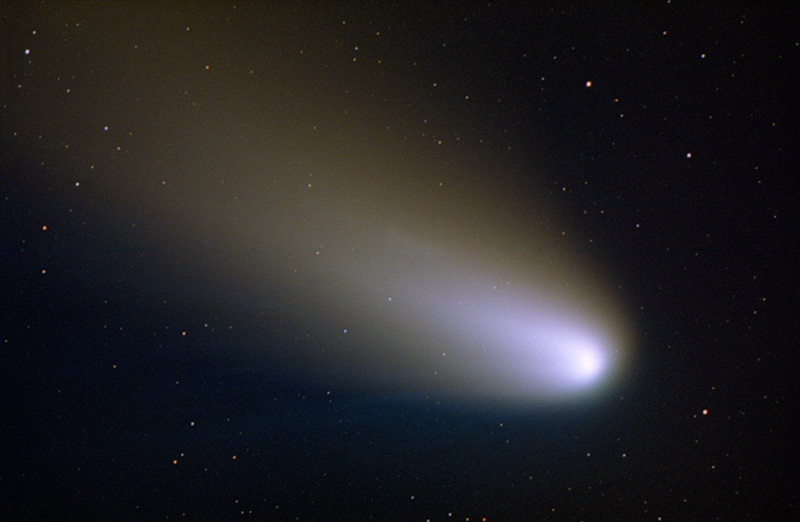 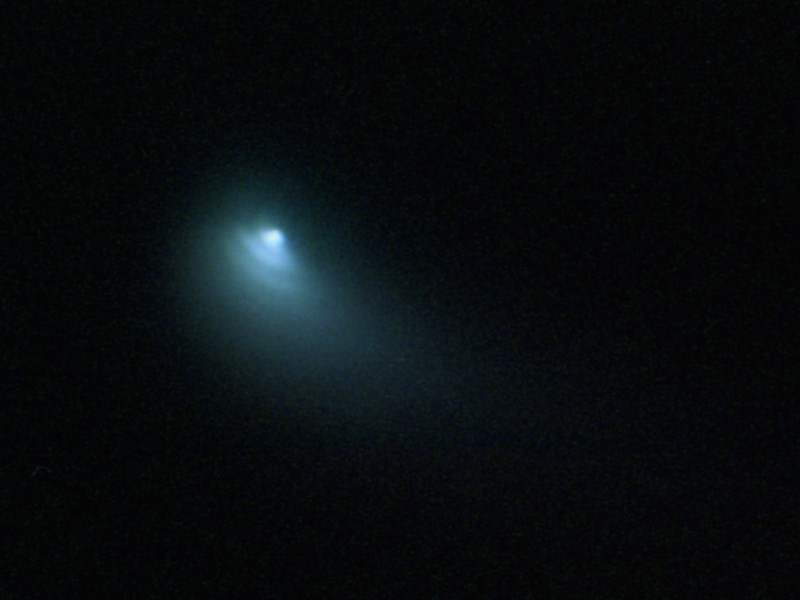 I have a good shot of Hale Bopp on a film negative only.

They (processing) decided it was something that had gone wrong and was judged a smudge or smear so they didn't "waste" the paper printing it.

No use asking date etc as Zenith B's were to say the least "basic". Only camera where I kept thinking I might rip the film in 2 as I wound forward to the next bit along.

Lovely photos. It's kinda weird that something has an 'archive' feel to it even though you remember the objects clearly...

Foxpark, that's a blast from the past. I used to go up there for the annual WY/CO star party every year.

Here is my Hale Bopp image. Olympus OM1 on a camera tripod.

Very nice composition. I hope you have that hanging on a wall somewhere. It is surely worthy.

I have posted this before in the film forum but it looks like I could sneak it in again in this thread. 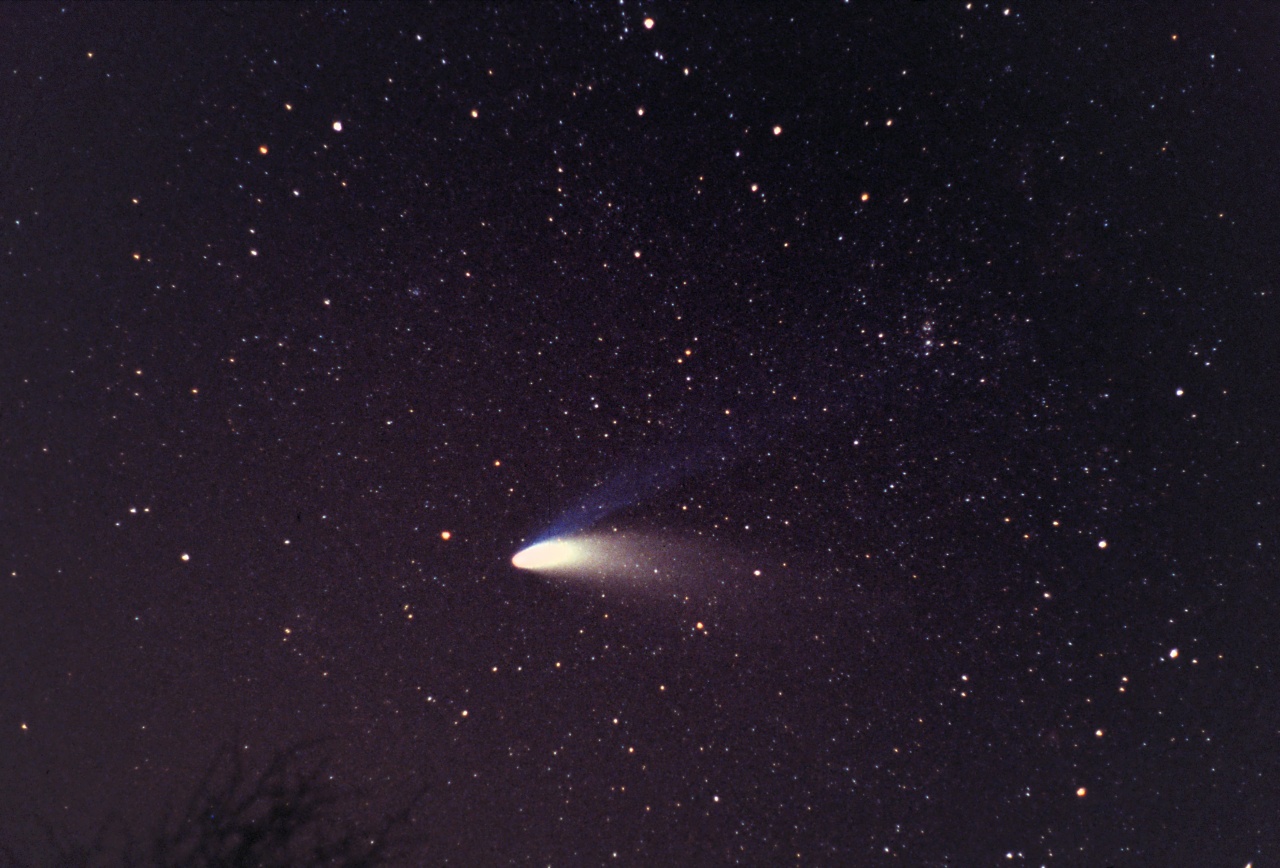