Got this classic Bauch and Lomb microscope.
unfortuately, I had to do some upgrades already since it wasn't completely correct. I had to get new eyepieces as the ones that came with it were meant for stereo scopes. I also had to get a new low power objective because the one that came with it was for a 170mm standard vice 160. Anyways, it's pretty awesome. 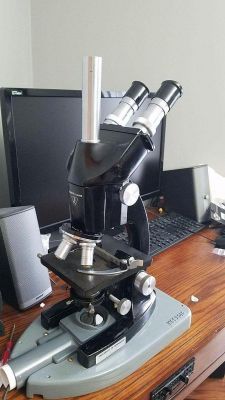 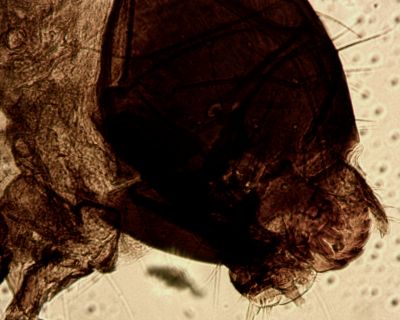 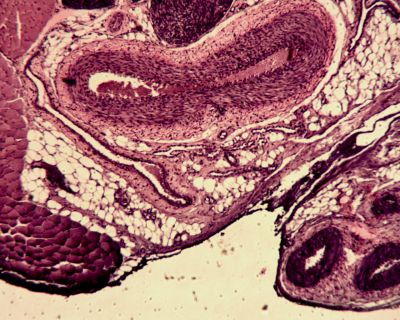 I really would like to have such an older Bauch and Lomb stand, but they're rare here.

Some microscopes of that era (beginning late 1940's - mid 1950's give or take) show some interesting features, making them some kind of a bridge between the classic inclinable stand with it's horse-shoe shaped foot and the later models.

There's, in that time frame: the introduction of the binocular tube. I don't know who-introduced-what-when-exactly, but by mid the 1950's, microscope brands had such a classic stand and a binocular tube for it: Olympus GB, Reichert R, Leitz L and so on.

There were several reasons to rethink the focussing mechanism at that era: limited travel of the fine focussing control, focussing controls not being able to cope with heavy equipment on top of the microscope (camera's!) and so on.

Every manufacturer tried to come up with it's own solution, no doubt. Hensoldt in Germany introduced a fine focussing mechanism with unlimited travel (but still moving the tube and with some weak points)

Adapted to the classic microscope stand, it was a dead end, but is was tried bij several manufacturers: Baush and Lomb in the US, PZO in Poland, Nedoptifa (Bleeker-Zeist) in The Netherlands.