I took these images on February 8, using a 6 inch f/6 Newtonian and ASI183mm with a green filter and Baader MPCC coma corrector.  Both of these images are from individual captures (no blending or mosaics).  The first image is a stack of 500 frames of 17ms exposures, and the second image is a stack of 50 frames of 2s exposures.  Thus, the two raw exposures are separated by 7 stops of exposure, but it's really about 8 stops because the second shot used a higher gain setting.  The Earthshine image was pushed by about +4EV in post, which makes the two images even farther apart, although the tonal curve of the first image was also adjusted so it's difficult to say exactly.  Some rough measurements lead me to believe that most regions of the Earthshine image are adjusted about 10-12EV from a "normal" exposure of the sunlit surface of the Moon.  The reason I exposed the second shot at +8EV and then pushed it further in post, rather than increasing exposure to begin with, is that the spillover of light from the illuminated side quickly starts to destroy the shot, so it's better to underexpose and then control the processing in post.  As the waxing crescent ages, it gets more difficult to obtain decent images because the spillover becomes more intense. 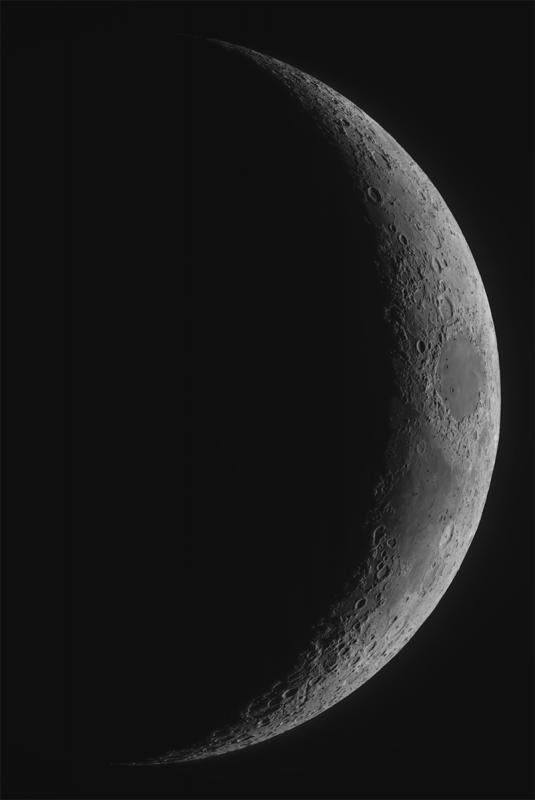 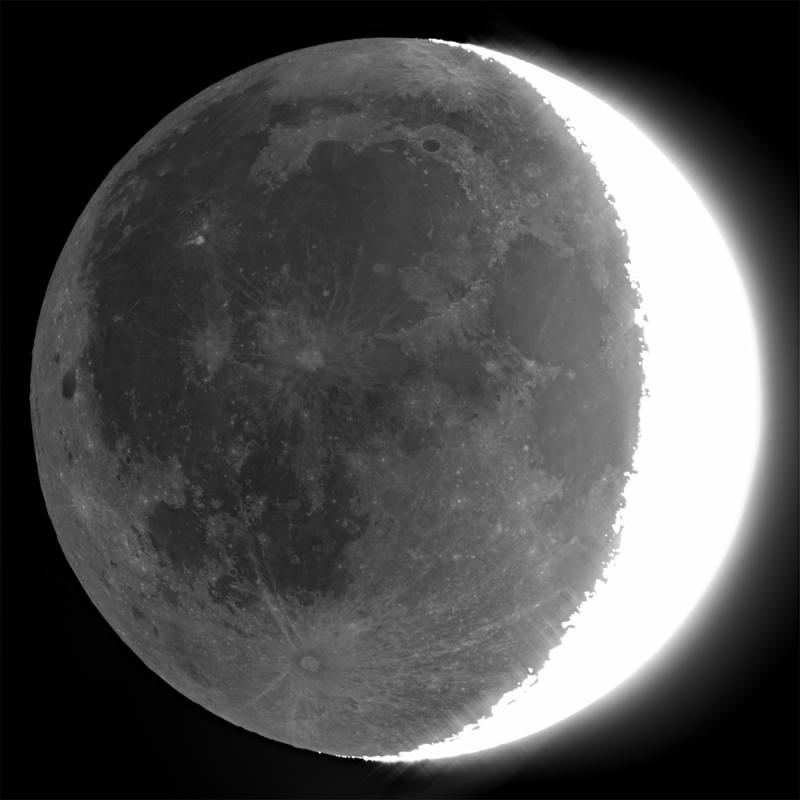 Thank you for posting and for the detailed additional information!

Thanks for the comments Martin, ngc, and Klaus.   I find it interesting to compare the illumination of the Moon during Earthshine to that during a lunar eclipse, of which we had a recent example.  Going into the eclipse, I had read in numerous sources that the surface of the partially eclipsed Moon is less than that during Earthshine.  Now this may depend on which day of Earthshine you are viewing, as it gets dimmer as the waxing crescent ages, but in the case of my images above, the surface of the Moon illuminated by Earthshine was far less illuminated than the eclipsed Moon.  Before the eclipse, I said it was impossible to get detail from both the eclipsed side and the illuminated side during the partial phases.  This turned out not to be completely true, as a slight overexposure of the illuminated surface combined with about +5EV in processing was sufficient to get some hint of detail on the eclipsed side, although neither side retained optimal detail.  With these Earthshine images, the difference in illumination between the two sides is significantly greater.