Picked up a new to me Cat, so far I'm impressed. Celestar 8?

Just picked up this new to me C8. I believe it's a Celestron Celestar 8. Is this correct? I don't think it's a deluxe. Anyways, I feel I got it for a great deal. It came with a Celestron 2" diagonal, old luggage style foam hard case, and the 6x30 finder. It is not go to, but will track with a single 9v battery. The tripod feels well made and is solid. The optics are very clean with no damage. I would like to learn more about this scope. Tried it out 2 nights ago, and so far I really like it. The collimation was a bit off. But I tweaked it and got it very close in about 10 minutes. I'll fiddle with it more to try to get it perfect when I have time. Optics wise it seems very sharp. After about a 1.5 hour cool down I saw multiple bands and the great red spot on Jupiter, so that's a good sign. I used to own a cpc 800 and the optics on this one seem quiet a bit nicer from memory. The tracking kept Jupiter in the eyepiece near center for over 30 min, so that works as well. This scope has very little to no image shift while focusing, so thats a plus. I'm usually a dob guy, but this scope seems pretty nice.

How are these scopes? Any recommendations or must have upgrades? I'm considering adding a nice 2 inch dielectric diagonal. It already has a telrad base so I will be adding a telrad. Is the tracking good enough to image planets?

Congrats!  I see you're also practicing meridian flips in your own photos

I don't see why it wouldn't be good for planetary imaging.  Post your first lights when you get em!

You are correct, a CELESTAR 8.. i have one and it is MY FAVORITE Telescope, The images are FANTASTIC,  Jupiter and Saturn are STUNNING through mine, and the TRACKING FEATURE is awesome and effortless.

those OTA are usually great

These scopes tend to have excellent well corrected optics.  I owned a 94 C8 plus which was similar.

Apparently time was spent hand figuring the secondary to match the primary and Corrector in a test setup before they left Celestron.  I recall Wonderful views of the planets in mine also.  Another one that got away...........

Excellent scope! Had mine for 20+years, ultra easy to set-up, holds collimation, 9 volt battery lasts for about 50 hrs., and for whatever reason I've never read any bad reports on the optics for this model. Just recently added a 2 inch visual back to mine and WOW, what an eye opener. When I acquired my CGEM C11 about 3 tears ago I almost made the mistake of selling my Celestar 8. While I really love the C11 and the goto mount for those excellent nights that make the set-up time worthwhile, I find myself using my little C8 much more often. Congrats and enjoy your wonderful find!

Here are some more pics of the included case and a close up of the wedge with drive.

Had one years ago and it was a decent "basic" tracking scope for a reasonable price.  The 9V battery lasted longer than I expected.  Optics in the scope were excellent. You will enjoy this scope.

Here's some fun reading for you, enjoy!

Your C8 should be good for imaging a lot of things. You shouldn't need extremely precise tracking for planetary imaging.

Yes, a Celestar 8. Standard tripod was the "WedgePod." Light and easy to set up, not subject to leveling or easy Polar alignment. A predecessor has replaced it with the excellent Ultima 8 tripod and wedge. These post Halley scopes were made in sane volumes and with great care by new owners of Celestron.

The drive system is a variant of the Ultima 8 PEC's (1990 et seq.), which was developed by Tangent for Celestron. It is a closed loop control drive system. The RA drive has a Hall effect encoder that sends rotational speed data to a microprocessor (IIRC a PIC 16C57) which monitors and corrects power pulse timing a few hundred thousand times a second. This system was first used in the 1993 C5+ one armed mount. About the same time another variant was adopted by Losmandy for mount for the Celestron G-11 model. Losmandy has announced it's phasing out this drive system after 27 years in production, mainly due to the difficulty sourcing parts.

It's now relatively easy to replace the system with a step motor and an Arduino microprocessor. So we can keep these things going on forever. Here's one I just did for a Meade Star finder mount. This included a handbox permitting 2 correction speeds. 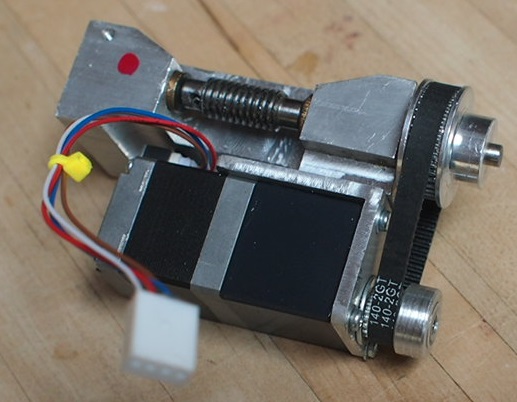 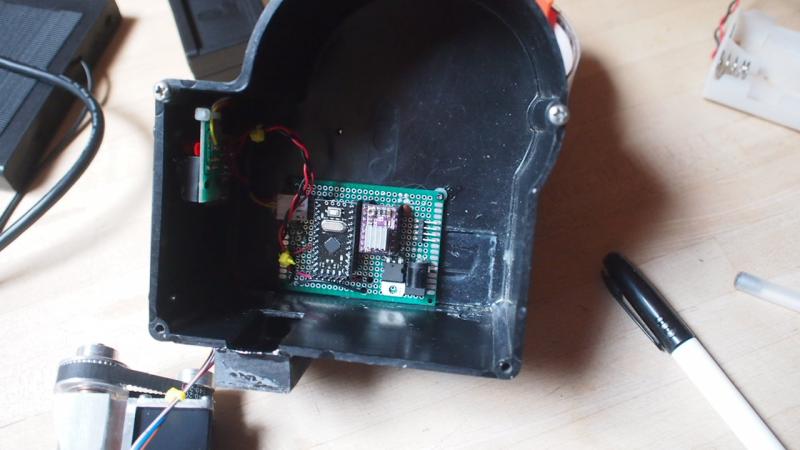 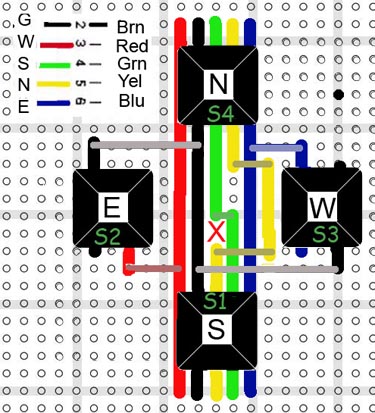 Thanks, those handboxes seem to be getting rare.

Yes the optics on this are exceptional, I own a Celestron Deluxe, and its the only C8 Ive owned that gives my TriColor C8 from 1972 a run for the money optically, they are quite close and that TriColor was tested on DPAC and is absolutely excellent. Enjoy your scope