143 replies to this topic

Here's my Zeiss unification logo T-2 with a Zeiss bino-viewer.

My T1 has the tiny DDR sticker on the bottom.

My mount has one too. 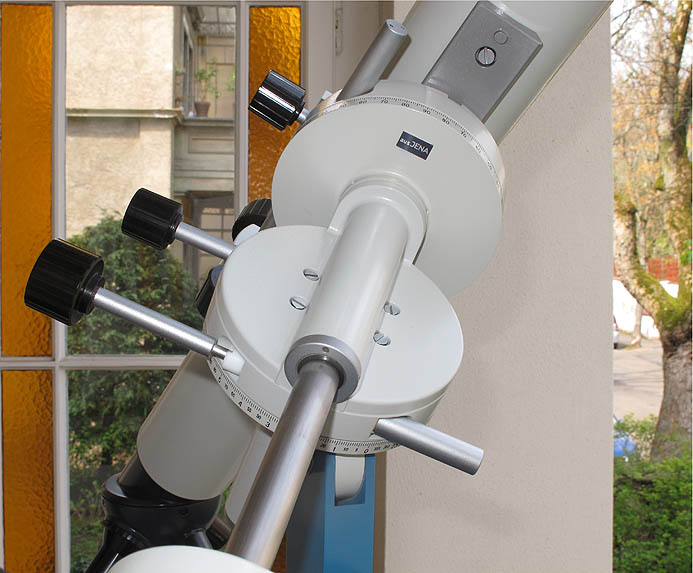 My tripod has the leather straps to prevent the tripod from over extending. This works well when the legs are fully extended. If the legs are 0-50% extended, the leather is nearly useless because the legs can spread too far apart. Sometimes I like to sit when I observe and I don’t want legs extended. Particularly if I am critically observing an object.

I've noticed some of the tripods that came with Telementors have a metal accessory tray instead of the leather straps. Does anyone know if these trays are available anywhere?

I am searching for that tray table for my own early T-2, though I have never seen them being offered separately. As you can see on post  #12, leather straps on early T-2 units were attached to the grey colored tripod height adjustment clamps. Provides for stable viewing even when the legs are fully retracted. As a hack you might be able to drill threaded holes into the height adjustment clamps to attach your own leather straps. The later model tray table is held in that same position, offering much improved stability.

Both of the Telementor 1 & 2 models we have came with the metal trays, which I don't particularly care for, so I made up spreader chains with D-ring attachments to provide a wider footprint for stability; basically because I've experienced the trays coming loose on a few occasions. The problem is, is that the trays were designed with slots instead of proper holes for attaching to the tripod with the thumb screws provided.

I have a beautiful wooden locking tray a dear friend and master wood-craftsman made for me. It keeps the legs spread further apart than the leather straps and I like that! It all makes the scope much more stable.

Agreed. It could have been better designed.

But guys, where would you put those Zeiss eyepieces?

But guys, where would you put those Zeiss eyepieces?

Aber doch, In the Zeiss Amici diagonal turret of course 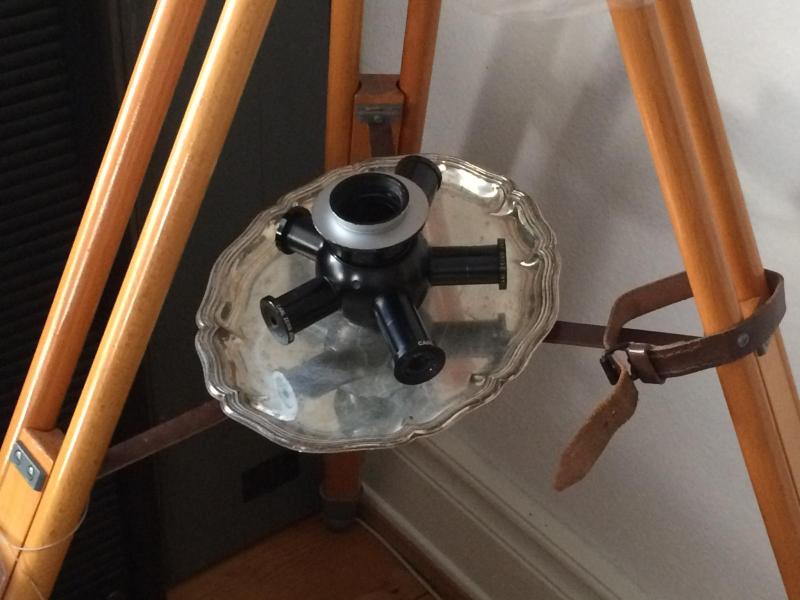 Very nice scopes! - have one too that comes with one-axis drive and finder scope - these late versions of the TM2 was called "Telemator"

guess you´re interested… some pics of a shootout C63 vs. AS63

...not much of a difference at the eyepiece

Just curious. What mount is underneath that AS 63?

Just curious. What mount is underneath that AS 63?

And a beautiful mount it is!

Does it come with ready adaption for Telementor/AS?

no, no the DM-6 has a Losmandy sattle for standard I use a special adapter Zeiss >> Losmandy for use with it…

Is that a homemade Losmandy-Zeiss adaptor?

made by someone who know´s how… no commercial one but as good as - was part of a change deal - and no, I don´t wanna sell

Well I collected my Telementor II yesterday and it’s a thing of beauty.  Some pictures below. Weather is obviously bad but last night I managed to have a quick look at Vega (to check CA) which reduces by using a Baader GPC in the light-path. I also observed the double-double and Albireo before clouds rolled in. Anyway the figure is excellent and the Airy discs were exquisite.

This morning I machined an M44 male to M55 male to fit the Baader solar wedge and do some white light next time the sun is out (maybe by the next solar maximum!).


Also tagged with one or more of these keywords: classic