Alright, got you now. Your original post made no sense to me without this extra clarification.

Certainly a very convincing video and at a fast enough frame rate to see the varying brightness stages nicely of the impact! Nicely done!

The video is pretty convincing.  If it holds true, that is quite the capture!

Sorry, Ethan, but no luck here. A cloud bank rolled in just as the hour approached. The gaps in the clouds were too turbulent for 300x, and the clouds were way to thick and variable to image through. Hopefully Luke captures something…

Well done, Ethan!  I missed this by 3 minutes thanks to Jupiter going behind a neighbour's tree at 04:04. Hopefully someone else in western North America was out imaging last night too.

Yup, Ethan has leveled up. I will try to get data this evening to see if a mark was left.

Well for the last 4 impacts it was quite easy, the discovers knew whom to contact (or were informed from the forums like CN): Ricardo Hueso, myself, Glenn Orton, Chris Go ... it works quite well. Within a few hours we get the data, issue alerts to the amateur community, and inform all pros working in the topic and check if we ask for HST times.

Wow! The last 14 hours has truly been a bizarre experience for me.

First of all, I've gotten tons of emails, comments, and messages. Even with my busy day, I promise I'll get to all of them ASAP! I've been occasionally checking out the discussion online as things unfold.

I have used DeTeCt intermittently for most of the six years I've been doing planetary imaging, but it became a normal part of my routine this summer. It analyzed my data while tearing down the equipment the past two imaging nights. Safe to say now that doing so was a great decision.

I think this is a great time to urge those who don't use DeTeCt to start using it now, because you never know when these happen! In fact, I think it would be a great idea to recommend it to newcomers when they raise the question of software. Just know that if it finds something, you might not be able to fall sleep all night!

There is one part of this experience makes this all extra bizarre to me. While setting up the C8 last night, I was running a hypothetical scenario in my head about presenting planetary imaging as scientific to an audience. While I'm not one for presenting, I find it fun to occasionally think about. One of the topics that came to mind was Jupiter impacts, and to catch it happening no more than ten minutes later seems unreal to me.

I'll admit, I'm glad I didn't see it happen while outside. I don't think I could've completed the first RGB set. I was spending much of the time looking for Perseid meteors.

Seconded! You are envied.

Ethan, of course it is always good to have a second confirmation of such events.....but despite everything, it is far from improbable that you might have been the only person to capture what looks like a very significant impact in the SEB of Jove..!!!

The after-effects (imprint/scar) could be anticipated to be quite considerable also, although in those turbulent latitudes I really have no real notion of how long they might last.

Suffice to say that we've only now just decided to make the 400km or more trip to Parachilna or Leigh Creek from where we are at Moonta Bay for Saturday night (the night after tomorrow night) on the strength of your discovery.....we were going to head home tomorrow but there is a slim chance that we might get above the clouds further north...& the seeing might allow us to image that particular longitude of Jove while it is still relatively high in elevation - but we won't hold it against you should we bomb out, whatever our situation...clouds, poor seeing or nothing visible as far as scars etc..!

Congrats Ethan!  This appears to be a tremendous capture!

Awesome capture Ethan, congratulations! I hope someone manages to detect after effects...that would be the icing on the cake

Normally I like to work on my data in chronological order, but there's no way I can keep that up after last night's catch. This is a stack 'n sharpen of the few hundred frames I shared last night. Starting work on the final image! 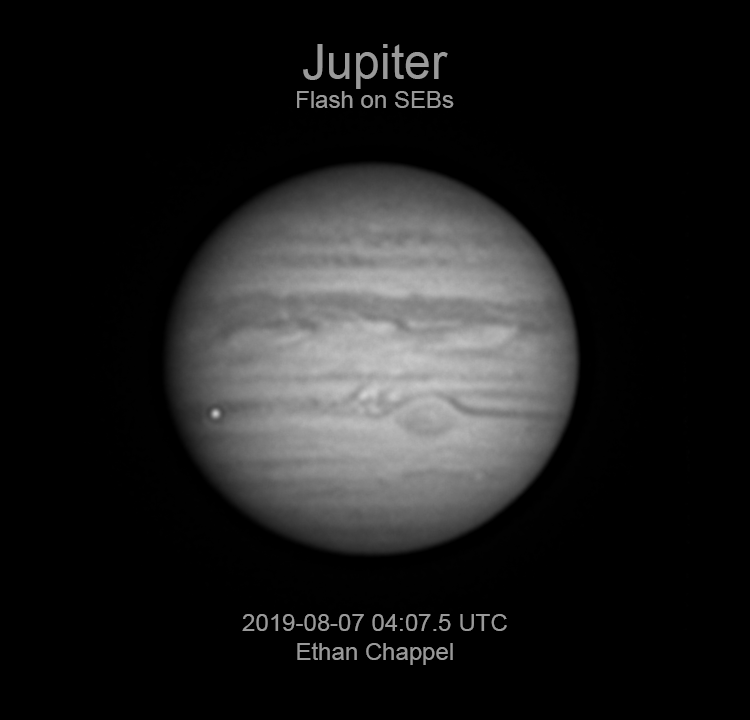 Brilliant, congratulations on a fine catch!

Please keep us informed on progress.

One more before I go to bed. Hopefully I can fall asleep before 7 AM tonight! 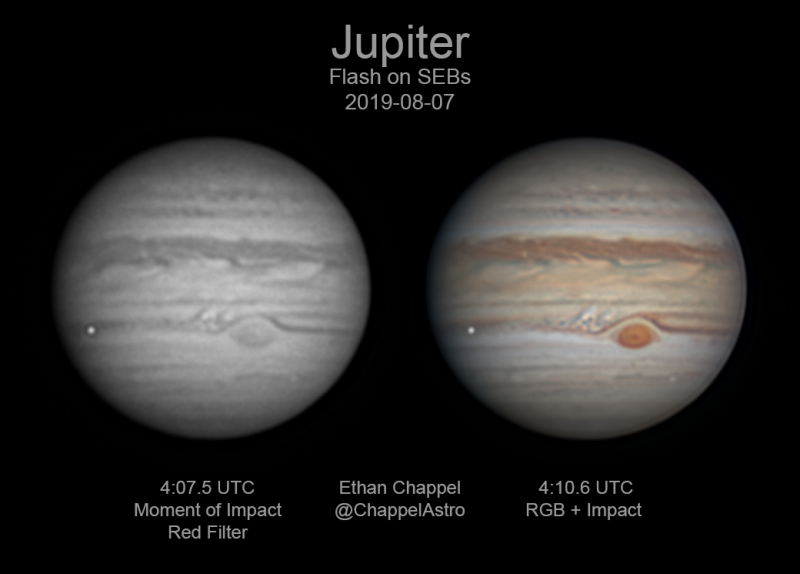 Excellent Ethan - I've got a rough position & taking drift (westerly) into consideration, if there's any "scar" we hope someone can pick it up! 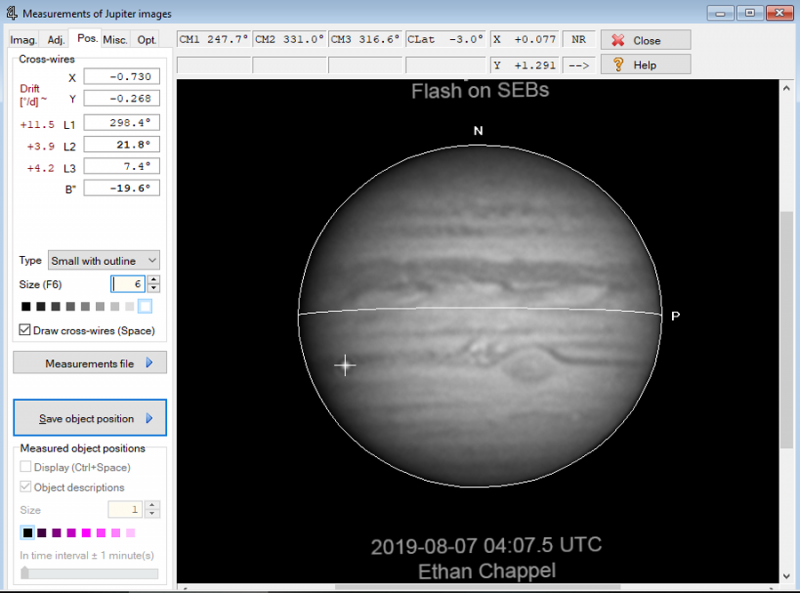 I'm set up for a quick-and-dirty from the 7-inch in a few minutes with clear skies with poor seeing, but I heard back from Luke last night that he had exquisite seeing through his 14. Hopefully, he'll post his results soon…

Congratulations for bagging that one Ethan!

Hope another observer confirms and we get images with those with clear skies to see impact scars. So exciting!!
Roberto

I rushed out there this evening to grab some frames before the ROI rotated out of view.

Far from ideal conditions unfortunately as the sun was still setting, my OTA was not yet fully equilibrated and it was quite windy. So I'm tempering my expectations ... fingers crossed though! 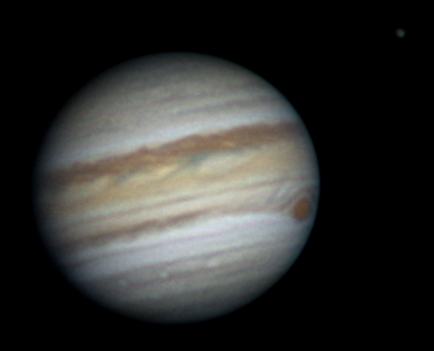