8-9 years ago I bought an EQ5 Synscan Pro but I've never really used it very much since few months later I upgraded to a HEQ5.

Yesterday night I removed the dust on it and used with a very light payload (Samyang 135mm + QHY168c + QHY guidescope and camera).

Guidance in RA was excellent, actually.

The issue was happening in DEC: after 6, 7 correction impulses the mount was jumping causing the star loss. 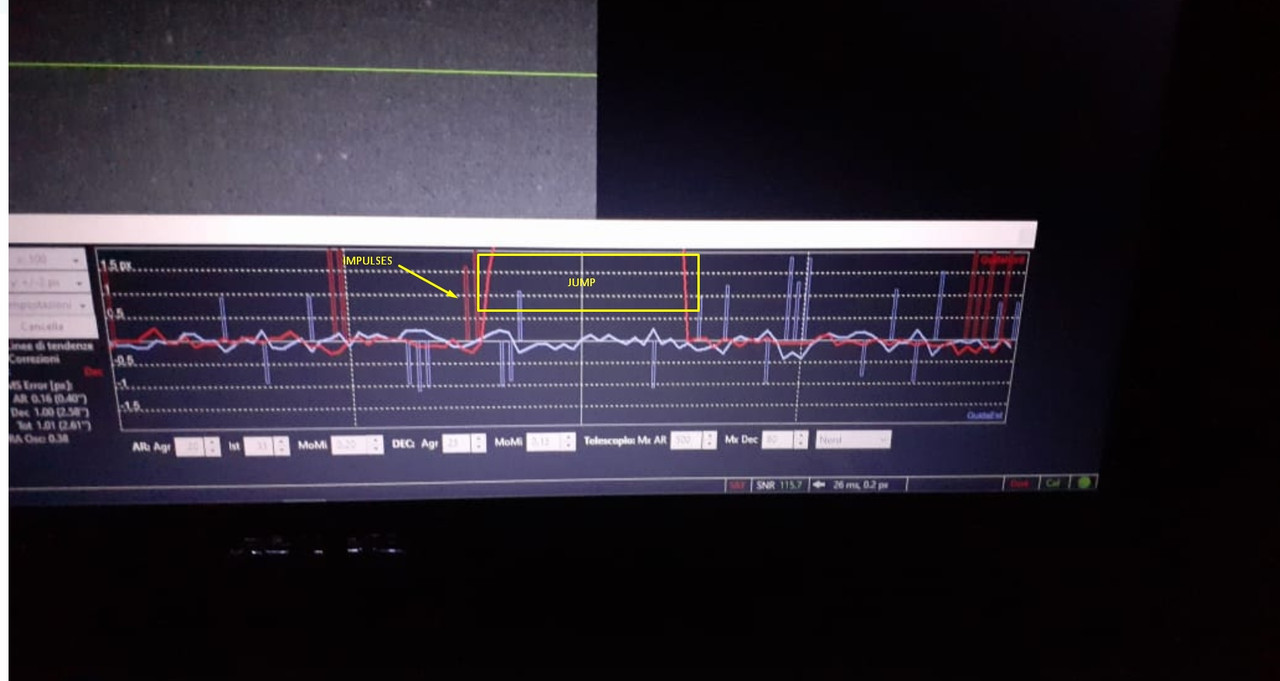 Did anyone here experience the same problem? Is there any good tutorial to fix this issue?

Thanks a lot in advance.

First look at the gears. I found mine would bind and it was simply the setting. The 2 gears (one on top of the servo motor) were set at equal heights. Found they had to have one a little higher then the other. Think the one on the actual motor sits about 0.5mm higher on mine.

Also had to carefully set the meshing better. Standard - Not too tight, not too loose.

You may simply need to check the gears and the worm, is there crud on the worm?

Then it is usually it is a case of taking the Dec apart, cleaning and replacing the grease - the standard Skywatcher stuff is notorious - and careful reassembly - does assume all the items are OK to be reused.

The Dec is not that difficult, all the bits are fairly accessible, getting some out can be daunting. Like the big bearing.

Assuming the same as the HEQ5 the Dec bearing has a number of shims - think different materials so record which go where for reassembly.

Biggest problem I had was getting the strange "cone" at the end of the Dec in place and tightened equally - real pain that bit and if not equal then rotation is off center. Took me 4 attempts and that was after I worked out where the grub screws went in and through.

The big error we make/assume is that they are carefully assembled and time is spent getting each mount "just right". They are mass produced and time allocated is minimal.

Cannot point you at a disassembly guide, the only ones I know are for HEQ5 and EQ6.

Try off-balancing the scope in dec. After a meridian flip the "off-balance needs to be set to the opposite end of the scope.

First, thanks guys for the quick replies.

I mounted everything here at home as it was yesterday night.

I gave with the hand control the shortest impulses as possible - simulating the guiding - and I was able to hear some "clac" when moving.

I removed the cap and gave a look.

Can you see the very small gap in the meshing between the 2 gears (yellow square): 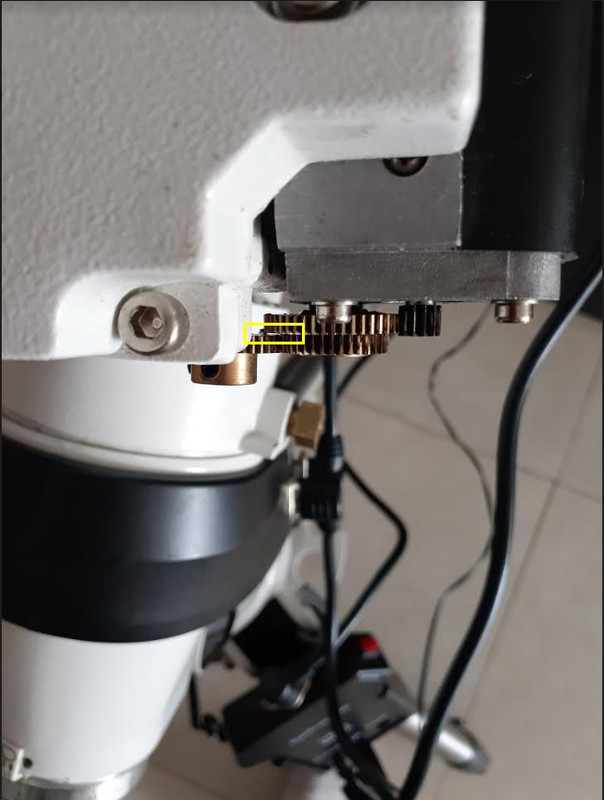 I created this spacing by adjusting the position of the DEC motor in this way: 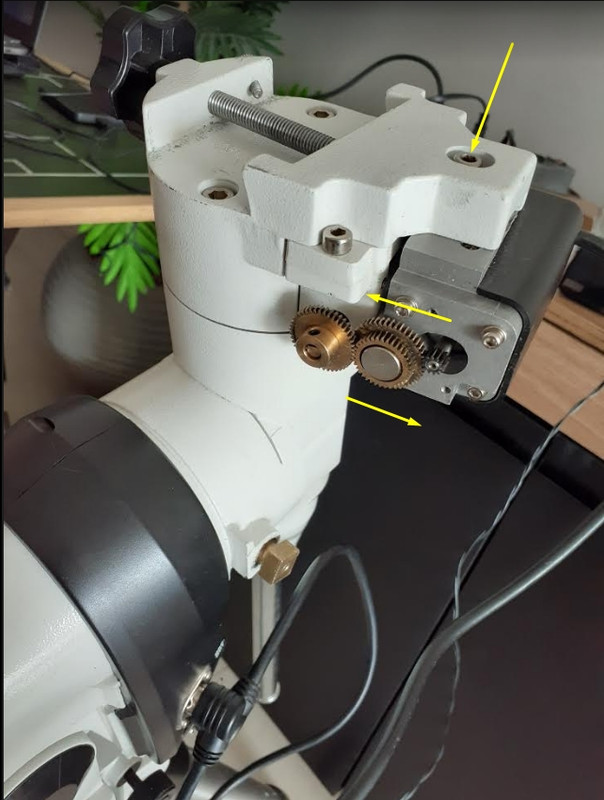 The "clac" sound went away now when giving small impulses with the hand control.

Before this adjustment I did few minutes ago, there was no spacing between the 2 gears, probably creating some attrition and "clac" sounds.

Gonna test tonight if the weather will improve a little bit.