Which are the rarest refractors?

Recently, I saw a post mentioning a Vixen telescope, the Vixen 150 ED Atlux, and comments that it is a rare, even a very rare beauty. That got me googling and I found this website https://stargazerslo...-please-remove/ where it is said that only six of those exist in Europe. Six!
I am wondering how many exist in the world?
And what are other equaly rare refractors?

I owned the Borg 150ED. Less than 10 in the Western Hemisphere as I understood it from Hutech. When I sold it I had a lot of interest from Europe.

Brass Tele Vue 85. Renaissances are around, but brass 85s not.

Fullerscope 6 inch all brass refractor seen in the fullerscopes catalogue mounted on the mk iv mount !

may have been the only one made and no one knows if it exists anywhere still to this day and I don’t know anyone who has actually seen it !?

The 8" Clarke refractor Fullerscopes used to have, see post #5.

I saw it once when visiting.

Other rare ones include the AOK swiss 6"f15 apo and any GRU.

Well you order practically any CFF scope it is going to be one of ten or twenty.  And as I mentioned my CFF 92 f/6.9 with FPL 53 is one of two ever made.  Even if some day they knock out a few more (no plans for that currently) it will still be a pretty scarce item.

Rarity and "sought after" are not always the same thing.  There's a lot of nostalgia around the 1960s Japanese skinny achro refractors.  That makes a market.

How does a "company" make a profit by selling only 10 or twenty telescopes, let alone two?  Just asking. 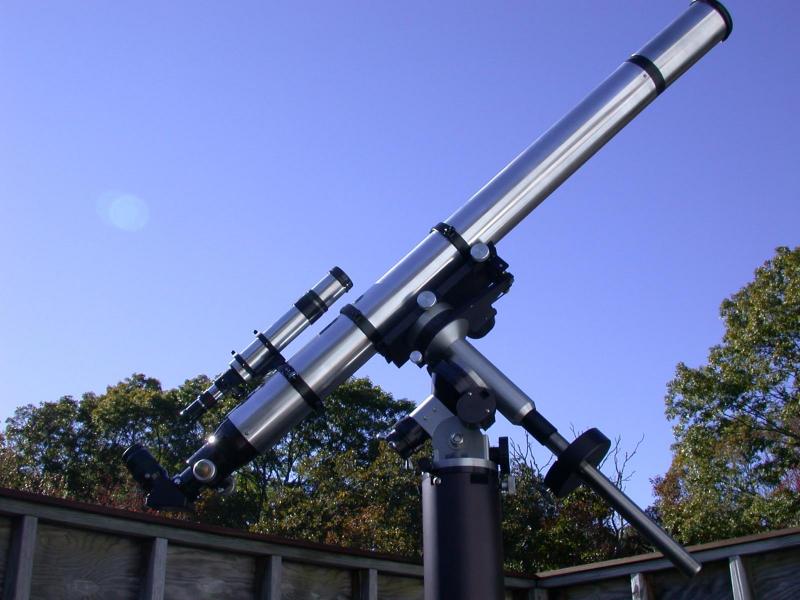 many! I guess the TMB/LZOS 152 f/8 overall is one of the most sold 6" apos - so all but not rare! If you mean the original silver CNC versions only... of course less but not rare either.

There's the Franklin-Adams (6"/7") pair at the observatory in Johannesburg. These scopes are on their original mount complete with a 36" (more or less) worm wheel. The instruments & mount date to the 1890's are they're all in fine condition.

My recollection of the story goes that these scopes were the personal instruments of an English gent who retired to South Africa shortly after the Boer war (1899-1902). It was eventually bequeathed to the observatory.

A 12.5" Tinsley DK - itself a pretty rare scope - was strapped on the F-A pair, probably in the late 70's. (It preceded my starting as an occasional TO at the observatory.) Curiously, the coatings on this instrument look like silver but they've never tarnished. This scope has a 4" exhaust port and a diagonal to suit.

Thanks, Tyson.  I thought of painting the OTA, but after polishing the aluminum tube I thought it looked better on my one-of-a-kind silver anodized GM100 (S/N 113).  All the other GM100's were anodized blue.

The rarest refractor wouldn't possibly be discussed in a forum like this. Those that say do not know. Those that know do not say.

Why wouldn't they say? Thief-alert?

This one is pretty rare.  Clarke 8 inch f/13 at Seagrave observatory in Scituate RI. 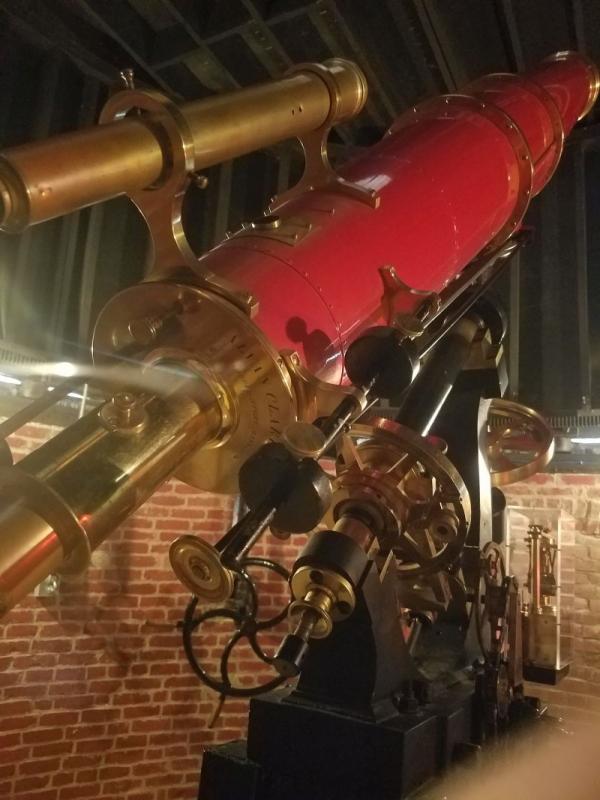 My refractor is an old 102/1000 Vixen achromat with the old finder holder. I know, or better assume reasonably, that it is a very common optics. But I am wondering how common is/was it worldwide?

Any AP, TEC, CFF or Zeiss APQ in my living room would be very rare:)

That torquise 10" folded Zeiss refractor on a dob style fork mount on AM comes to mind.....

For me, two come to mind. The first being Clint Whitman’s The Pearl:

The second would be (formerly) John Pons 6” Goto:

I remember about rare TeleVue 160 or 165 (Cant remember size) but that is a long time ago. What happened to it and who own it. What size is that and why TeleVue don't make it anymore. Is that one of the rarest refractor? Thanks!

A rather rare scope:

All I have is lens, cell, and dew shield. Need to find a good tube and focuser one day.

Im not yet 50 years old. I have no business owning a scope like this. The guys who've been in the hobby longer than I'm alive should have something like this.