What faintest galaxy have you seen a dustlane in?

What's the faintest of one of these where and edge on or face on eeked out and arm or a lane?

I can't remember clearly but with my 10" I am only able to see arms, with some difficulty, in about 10-20 galaxies.


I did clearly see a dust lane in the edge on galaxy ngc7331 in Pegasus.

Some faint galaxies from Abell clusters are seen edge on. But I can't remember which one was most spectacular in revealing a structure. Something worth to find out. I can see many galaxies in clusters in Leo, Virgo, Perseu and

NGC 891 is dim but big, pretty easy in a dark sky, but there's another one, a very small one close to M106 that might take the cake.

For me I think probably M 108 at m=10.70 but I can always make out its dust lanes at higher power. Another edge-on galaxy I want higher power for is NGC 5906 in Draco. How can I forget NGC 3628 in Leo? There are already too many to list.

It is an interesting question, but I have not kept track of this.  Assuming we are talking about prominent central lanes rather than arm structure, I probably infer dust lanes more than directly see them for fainter edge on galaxies.  Even that is uncommon.  When I suspect dust lanes there is typically a sharp edge on one side of the central disk/bar.  Local seeing is a major factor because poor seeing hurts the resolution of these moderate contrast features on what are already low brightness objects.  On a night of crisp seeing there is so much more.

Great question, Pete. I agree with Red in that many dust lanes are inferred (and about seeing), such as a sharp edge to an elongated core. NGC 891 mentioned above was difficult because the dim galaxy was hardly visible most of the time (6" in yellow zone), but paying attention one could see both halves of the spindle. Often separately. When we put the pieces together over a long observation, the dust lane is more of a missing piece rather than an actual sighting. A sighting as in it's just there and plainly visible at least some of the time. For 891 it wasn't visible in the classic sense we normally see things, not really, but you could tell it was present in the faint image.

Dust lanes, and in fact spiral arms, too, can be detected by the effect they have on the image more so than easily seen outright. I inferred one dust lane by the "behavior" of the relatively bright core in NGC 7814. The core was fairly easy, as I recall, sometimes round and sometimes it had a flat appearance. I saw only half of it. One of the most exciting observations was NGC 2386, but it hardly qualifies as a dim galaxy. I remember well the mottled core, it was a fairly easy observation, but difficult to detect which edge was sharper than the other. I was hoping to see it's very prominent dust lane, I eventually chose the correct edge. But, the exciting part was the reason for the mottled core, all along I was observing it's very complex dust lane structure cutting across the core and I didn't realize it until later. The realization was, and still is, stunning.

Saving the real answer for last, and potentially damaging to any reputation I might have, the dimmest galaxy I've "seen" a dust lane is the venerable Messier 74. One evening I decided to really explore this galaxy even though it presents itself as nothing more than a faint patch in the sky and slightly brighter in the center. I decided I would stare at this faint patch for as long as it took to see anything other than a faint patch. Under the hood and employing my best technique for, if I recall correctly, two hours or more. And I may have repeated the observation on a second night, in fact I am sure of it.

I like to think I was observing right down to my own visual noise level watching for the faintest event to occur. Believe it or not, some events did occur. Over time I began to realize there was a very soft, sporadic, and extremely difficult darkening in the noise level in the eastern expanse of the almost invisibly dim halo, and a slightly brighter one fleetingly seen just west of the brighter core. So, I noted them. It's important to understand, though I know what M74 looks like, I have no idea how its image is rotated or flipped in my CAT FOV. Without the required mental gymnastics, I can only check that out later with respect to field stars. It helps keep us honest.

As it turns out, that slight reduction (potential dust lane) in random noise is, indeed, in the eastern dim halo and there is a brighter feature (maybe a segment of a spiral arm) just outside the visible part of the core. My notes matched images I was able to find that closely resembled the visual view (raw EAA images are often pretty good, like this one https://www.cloudyni...ames-1280s-inv/). Sketching the field stars with respect to the dim halo makes placement kind of difficult, but the major field stars are kind of easy. So, yea, I am happy with the observation to report Messier 74 is very difficult, but it can show something.

Below is what I believe I saw. And I found my observation report: https://www.cloudyni...249-messier-74/ 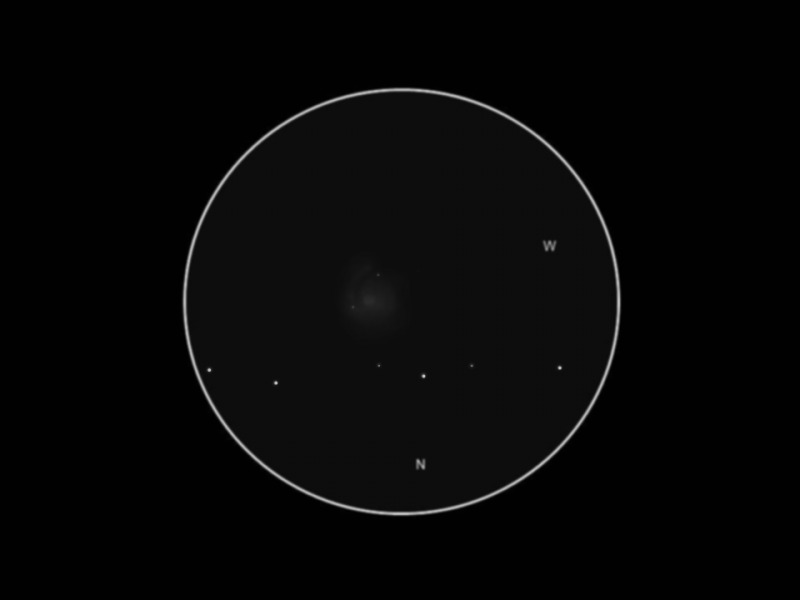 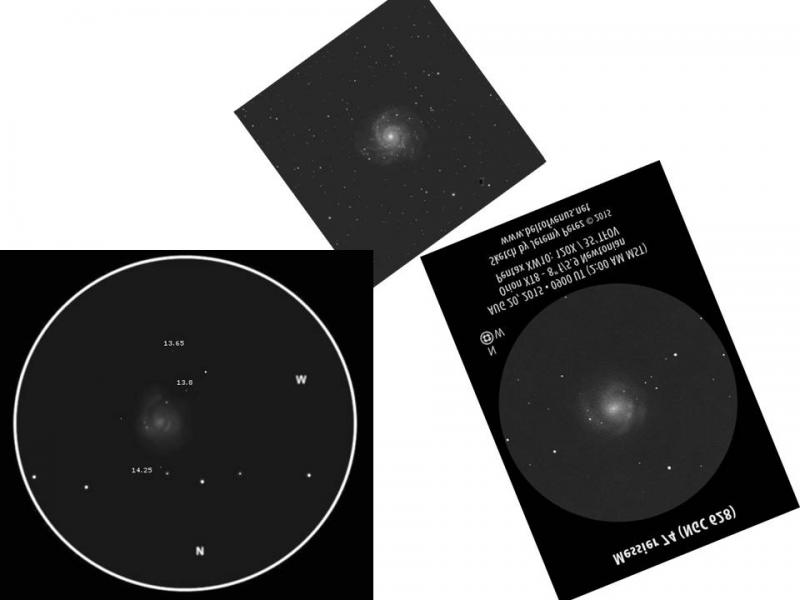 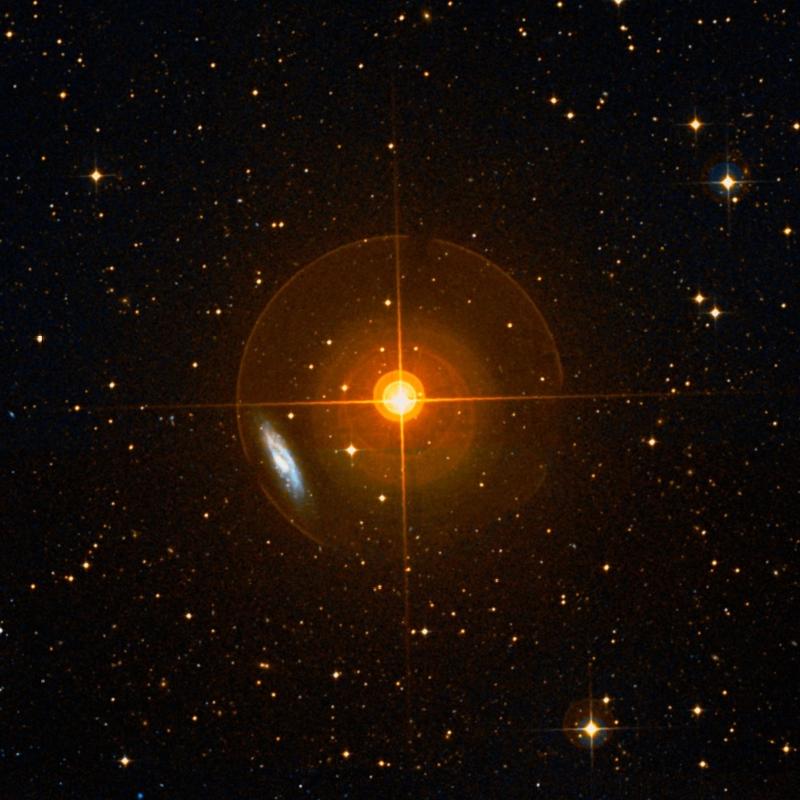 Actually Norme, I found 891 more difficult than 74! When 74 did finally *pop* a dustlane it was fairly clear - just do very very fast.  891 actually lasted longer AND it was patchy.  I needed to go to 200x to spread out the light enough to even see it in this ragged form.  In the end though now, I think my site really was worse than I gave it credit.  As one observer at that spot pointed out "this place is a joke - your not supposed to see everything around you and the ground this bright!".  And he's right. Yeah it's mag 6 maybe at the dead zenith - maybe.  Or maybe I just wanted it to be because in town the NELM is so dreadful.  There's a few instances where I just knew things were not up to par. I'll go again but I still do not at all call it a reasonably dark country sky.  I agree with that guy: it's a joke.

Digression aside, yeah...74 was a pain in the neck but when it finally finally showed it's hat trick in a flash or three, it didn't have the raggedness of 891 so to that end it was clearer.  I want to try 5907 again. Last time was a mag 5 sky and I saw the span but nothing popped.

Oh I saw that dustlane with my 8 too! Yeah - honest!

Oh I saw that dustlane with my 8 too! Yeah - honest!


Glad you put a smiley face on that.

NGC 5907 sounds familiar. Need to check my notes. I think I saw it, but I don't recall it.

The faintest galaxy I've (apparently) noted a dark lane in is NGC 5078 (Virgo), which Sky Safari lists at magnitude 11.00.  I've had the impression of one in several others, but none that I feel as confident about.

For me the edge-on galaxy NGC 5746 in the most Eastern part of Virgo showed a faint but distinct dust lane as seeing in an 8" scope.

Wow, what a great photo. Good find Norme. I have a growing list of objects near bright stars, and this is one I like a lot for the amazing colours.

Wow, what a great photo. Good find Norme. I have a growing list of objects near bright stars, and this is one I like a lot for the amazing colours.

Thanks, Allan. Wikisky allows us to take snapshots of the view we selected. (What I should have said is, yea, I took that image!

) Got curious about your observation of a star that happened to have a galaxy next to it without having to go look for one.

Both worth an try.

That’s a couple of gems Norme. The sky is full of great stuff.

Hah, I was also surprised viewing TW Horologii, but local conditions weren't optimum but resolving detail in the galaxy --

Steve's NGC/IC descriptions from his website could provide a useful way of screening for candidates.  Just search the text of each 1,000 object page for the word "dust".

Typically the word shows up in the form "dust" or "dusty" about 30 times per ~1,000 object page.  But sometimes the word is used two, three or even seven times for a bright interesting object with several observations listed (e.g. NGC 7331).  Some times it shows up for nebula or other context rather than for a galaxy dust lane.  And some times the notation is that the dust lane seen in images was not observed, or a very large scope was used for the observation when one was seen.  So the net list of galaxies where a lane was listed as seen is probably somewhere less than a third of the total number of hits on a given page.

Might make for an interesting project to compile an initial list from Steve's observations.  Supplementing this there is Alvin Huey's "Observing Flat Galaxies" guide from his "Faint Fuzzies" website.  It lists ~180 edge-on galaxies with about 2/3 being UGC's and MCG's.  However only a fraction of these appear to have prominent dust lanes, so one needs to go to Wikisky and examine the actual images, to decide if there is something that might be visible.

Steve's NGC/IC descriptions from his website could provide a useful way of screening for candidates.  Just search the text of each 1,000 object page for the word "dust".