NV with Methane filter on Jupiter

Some of you were curious if this combo would work so, few weeks ago, I gave it a try. It was during bright Moon so I've tried it in my back yard (I did not bother to go to dark site) where the field angle for observing is very limited and therefore I could only use it on Jupiter.

First of I've tried the NV with Methane filter combination with my 100mm f7 refractor. Result was disappointing because all I could see in the place of Jupiter was a dim "snowball". There were no features on Jupiter except for tropical brighter belt. I think the 889 nm is at or near NV work limit and therefore it does not intensify the image as much as it would at shorter wavelengths.

Then I've tried it with my 22" DOB. Here I cannot bring the NV to focus, unless I use barlow. So I've used 2x and 5x barlows for magnifications of 150x and 370x. The aperture gave the NV/Methane filter enough photons that I could see different levels of bands. The brightest by far was the "tropical band" and there was very distinctive "polar cup" on the bottom of Jupiter (North pole?).

Interesting and definitively different view of Jupiter. But was the view worth the money? I do not know. But since I already have the Methane filter I will also try it on Saturn and other planets and who knows what else I will do with it. After all the filter is ment for astro-imaging so maybe one day I'll get myself a camera.

I've tried this before with a Mewlon 250 scope and a pair of barlows. 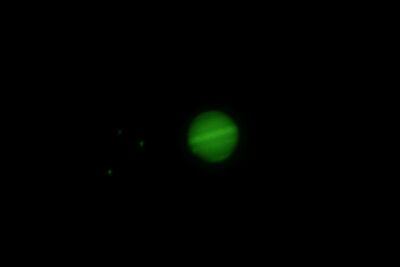 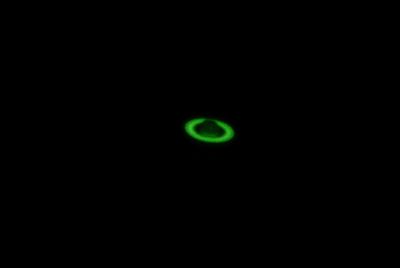 My Methane filter is made by Chroma with an 18nm bandpass.