DPreview has a story out that leaks for the Pixel4 phone has a mode designed to do image stacking...  Interesting!

The video looks pretty legit. I wonder if it will get more people into astrophotography.

I have to think the current Night Sight mode does stacking.  It images for about 6 seconds hand held and then produces an image that's obviously the result of internal processing of multiple images.

This was taken using the Night Sight mode with a Pixel XL.  Not the greatest to be sure but it's a 6 second hand held image that was automatically processed.  I have to think stacking was involved. 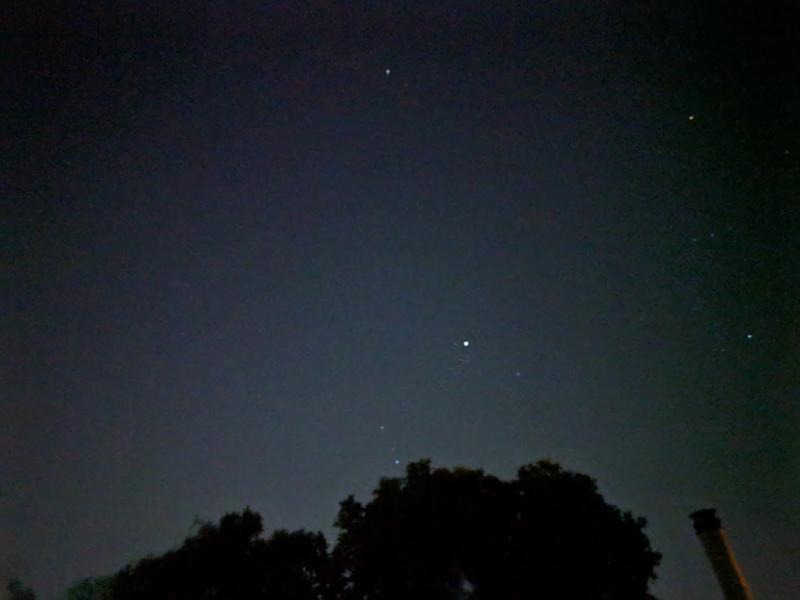 Hopefully the Pixel 4 will be much better.

Yes, Pixel3 does stacking as well. I guess Pixel4 will do it for longer (while a few seconds is better than nothing, it's still not enough for a dark sky, I recently tried my Pixel 3 in a Bortle 1 zone to capture the aurora and it wasn't good enough. It got the green light where the aurora was stronger and stars and/or hot pixels, but that's about it). It will be interesting to see how well aligning the frames will be in the dark, without any foreground objects as reference. I don't expect Google to implement a star registration algorithm in a smartphone, so we'll see.

I don't expect Google to implement a star registration algorithm in a smartphone, so we'll see.

I don't know about that.  They have to be doing something, I took this image with my Pixel XL in Night Sight Mode under 21.3 mpsas skies and somehow it got the stars aligned... 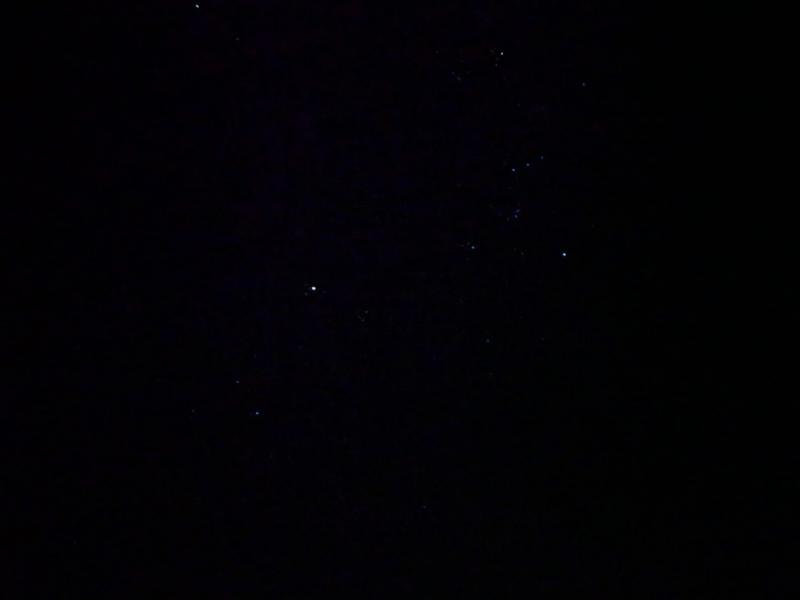 Interesting. Was the phone handheld or fixed? If the latter, in the absence of references, it can simply stack the images, without alignment. Some of the stars have some artifacts that might be the positions of those stars in subs that were not aligned. If the former, than I was wrong (I still suspect that they don't have a star-alignment algorithm per se, but rather the alignment algorithm they use happens to work with a few stars as well).

Attached is the photo I mentioned, a view towards north during the aurora, downscaled to 20%. The bottom-right corner was obscured by trees. You're right, the stacking must have worked in order to get the tight stars. I had my phone supported on something, but controlled by hand so I surely moved it a bit. 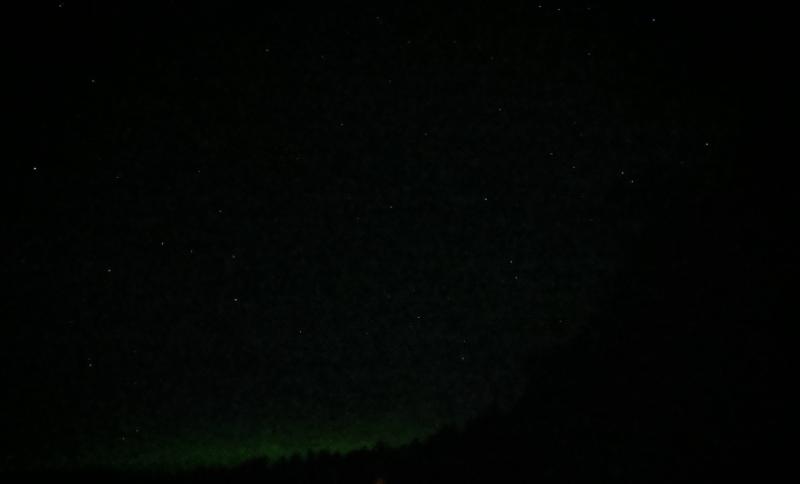 That looks pretty cool. I'm sure the real scene was even more impressive from what you said, but I wouldn't have thought to try to capture it with a cell phone. Plus I don't think my Motorola Z3 will do that.

My photos were both hand held.

These phones have a lot of processing power, watch them stitch panoramas in real time..


Also tagged with one or more of these keywords: astrophotography, equipment