Daytime observation of the compound of Mercury and Venus 13.09.2019

Observation The conjunction of Mercury and Venus this afternoon, a video + photo was taken for the observation report at about one in the afternoon. The height of the sun at the time of observation is 40 degrees. Dobson telescope 254 mm without reference. Celestron skyris 274 s camera.  Visually, approximately the same thing happened in the photo, at a magnification of 48 times. Haze, transparency low, periodically pass clouds blocking the whole thing. At first, Venus was found in the seeker; Mercury was not far from her. Little pinkish disk. Both planets have an almost completely illuminated surface. . The elongation of this couple is 8 degrees from the solar disk. The distance between the planets is about 15 arc minutes. I constantly lost Venus, because the sky background was very bright in the finder + clouds passed, and I also had to constantly move the telescope so that the sun would not accidentally fall and the planets were not obstructed. The photo was whipped up from a small video clip, I corrected the color of the sky a bit, it was pale blue-gray-white. Observation was conducted by Russia, near Moscow 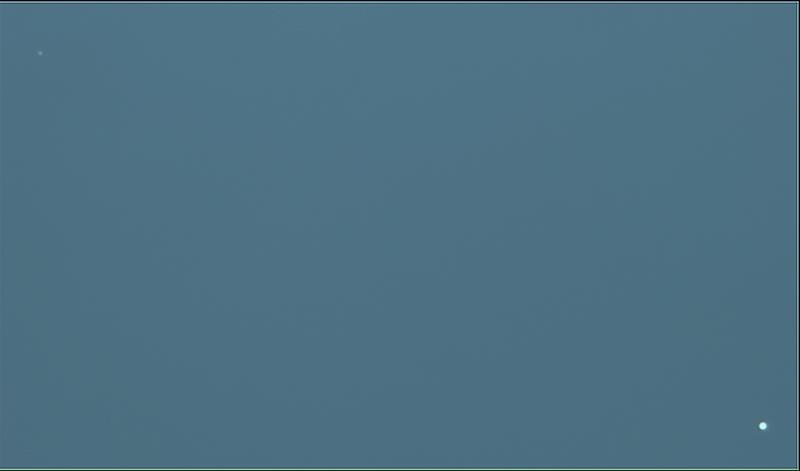