I like my C90 and ST80. But I haven't really got anything suitable to mount them on... either I use my Astroview mount which is so large I might as well use a larger telescope, or I use a photo tripod that is miserable and terrible to use.

What's a good ultra-portable mount for small telescopes? Something rugged and compact... lightness isn't as important as packed size. But also, reasonably pleasant to use. And preferably not too expensive (ideally not over $250-300 unless it has to be).

The APP-TL130 tripod is quite compact when collapsed. And the Porta II is about the most pleasant-to-use mount I have tried. It even has slow-motion controls.

An 80 f/5 will ride on an AZ3.  This mount has is quirks, but I think they can be overlooked with

an 80 f/5.  This mount is now being marketed as celestron heavy duty alt-az mount.

The es tw1 or portamount will work very nicely too, more money and bigger.

I think there is a mini porta, I don't have it and cannot speak to it.

I just sold a AZ3 head here for $20 here, so you can probably pick one up used, if you can find or

make legs for it.  Shipping those would be expensive.

I'm definitely hoping for something smaller than a Twilight mount. Ideally it should be small enough to fit into a backpack, or fly with.

Porta or Travel Porta are nice options: with the adpater can use photographic tripods which are smaller than the APP-TL130 (but also more expensive).

Otherwise could look for a MiniGiro mount (the one here depicted is not the MiniGiro; a very similar mount is also the Berlebach Castor): 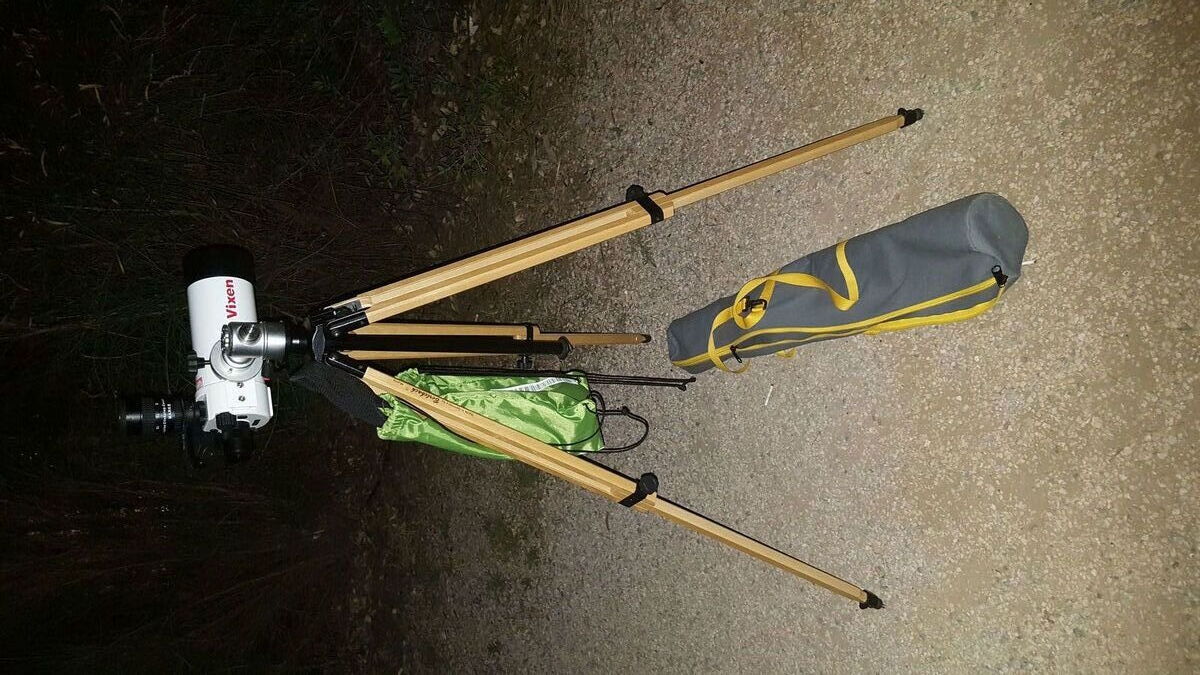 The head is smaller than a man's fist and weighs around 1kg, but the actual result depends on the tripod you pick/own/adapt. Also, no slo-mo knobs, if are fond of them.Those heads sell for 170€-220€ (depends on the accessories such as double clamps or counterweight rod), and for a suitable tripod may think to add 100€ or so (given the size of the tubes you want to use do not need a "boutique" model to attain good stiffness).

Personally am very fond of ballheads: 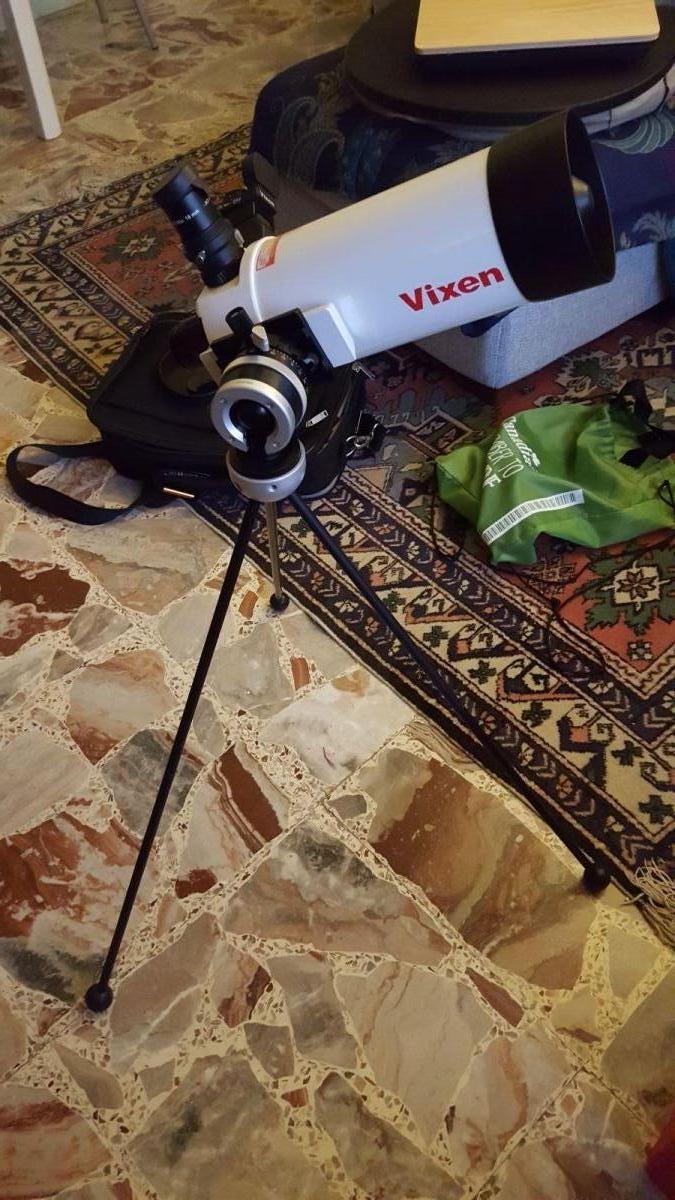 I have the previous model of this one https://www.teleskop...Tragekraft.html

and for this kind of work is good (even if not smaller than the mini T mount), even if my unit is mechanically very rough and rather unfit* for its designed purpose (photography) except at short exposures. In any case is much cheaper than any half-decent alt/az mount I can think of

*can not be reliably locked, but it is not an issue anymore if has to be used with clutches fully released. I had however to clear from its sticky glue-lubricant and apply a lithium-based grease

I use this head on a phototripod. It's a good mount but rather sensitive to balance the telescope

I really like the look of that. Any US vendor, or should I just import one if I decide to get it?

Stellarvue M1V same as the TS-Optics

Here's a thread on a good small mount, the Skywatcher AZ GTi Goto:

I am in the same market as you with my ST80 on a camera tripod. I am considering Stellarvue's M1V or M2. https://www.stellarv...llarvue-mounts/ I am also considering the dwarfstar from Universal Astronomics or the DSV-M or DSV-1 from Desert Sky Astro.

I think Universal Astronomics is gone. You might get one used.

Unfortunately Universal Astronomics is no longer in business.

An EQ1 equatorial mount mount should fit in a backpack with the scope. At $119 from a major astro equipment dealer, it fits your budget. An additional $70 gets you the motor drive for the ra axis. The detechable legs would have to be strapped to the outside of the backpack.

I use my ST80 on a Stellarvue M1V with a carbon fiber tripod I got hand-me-down from my photographer wife. It has no slomo controls though so might be a bit of bother using it with the C90. This combination will definitely fit in a backpack.

I have an ETX90 and I use it on the Skywatcher AZ-GTi. The tripod which comes with that mount is a bit long for a backpack but you could strap it on or substitute another.

My smallest mount is the UA Microstar Deluxe on a Benro tripod. Good for small cats and 80mm refractors. If you want something powered then the iOptron Cube II or with more capacity and go-to the Orion Star Seeker IV. the SW AZ GTi looks good also but I don't have one of those.