Bubble - the Beauty of Monochrome?

spent hours and hours creating a Ha+RGB version of the bubble but in my eyes the monochrome image, which is of course stretched to more contrast, looks better to me. Opinios? 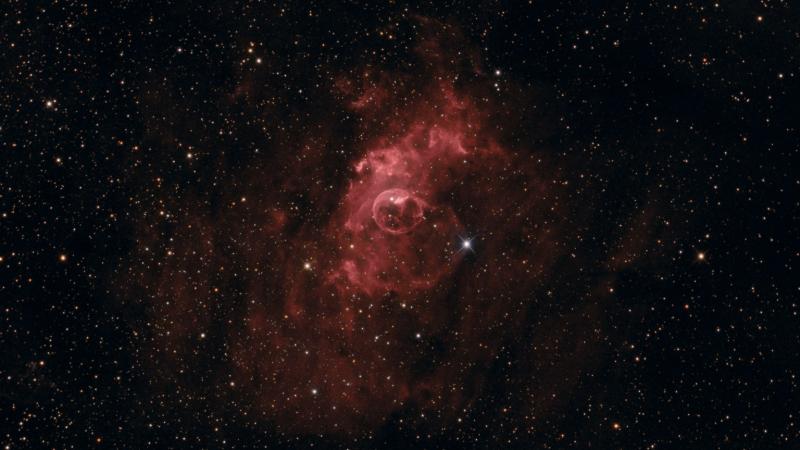 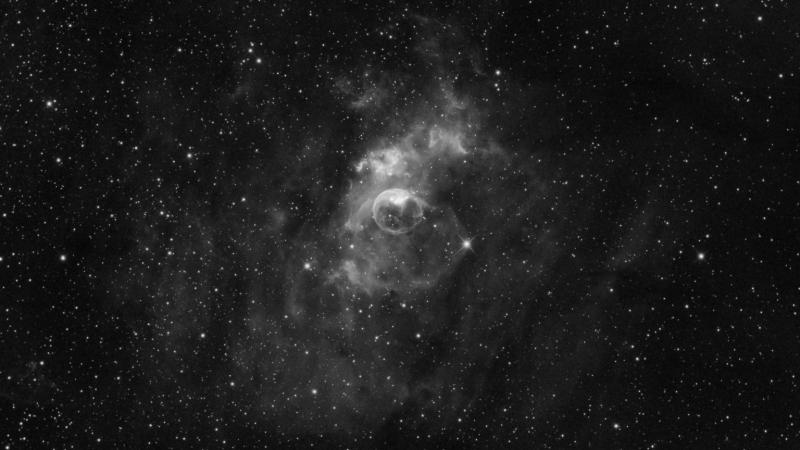 I agree, the monochrome version looks better in this case.

Both are well done, though!

Color does not add anything to this target, as it is basically mono (red).  I think you need significant color diversity in the target for color presentation to be beneficial.

Have you tried this approach?

Use the HA as lumin

my processing was this:

- both data sets deconvolved and denoised

- one copy of Ha stretched to low contrast and removed all stars. Mapped to color, mainly to red, very little blue.

- second copy of Ha stretched to higher contrast, similar to the Ha only image but less

- pixel math combination of the colored starless Ha and OSC, a mix of max and additon -> the RGB stars fill the little black holes left in the Ha image from star removal

- used the mixed als luminance (using Ha only looks too skinny in my eyes, a bit of artificial L brings different sizes to the stars)

I read that approach before but I can't see it leads to a pleasing result. As far as I understand it is about dynamic range but this is not the whole story. I tried splitting RGB to channels and mix red and Ha, then combine to a new RGB. The result was poor and suffers from greenish halos in the red nebulosity so I tossed it and tried again as described here. Still learning. Sigh.

@all: thank you very much for the feedback

@Mark: I like your way of thinking. I always happen to either like things or dislike but I cannot tell what exactly is the point. Flipping thru my image I indeed like the ones with color diversity. With one execption: the pleiades are all blue and I like them as well. I don't dare starting a thread about criterions of good astro photos.....