Converting from DeepSky to Planetary

I have many years of successful experience doing deep sky AP.  These days I shoot mostly with the Hyperstar and an Atik 460ex on my edge14.

But having shot most of the targets I like, I thought it might be fun to dabble in planetary AP.....the conversion over has been bumpy.

Here's what I've done and where I'm at:
1. Removed the Hyperstar/FW/Atik and dropped-in the secondary.
2. Off the back I built the following train: Starlight crayford > 2.5 barlow > filterwheel > ASI174MM..there are 'rings and things' in-between but the back-focus is correct.
3. Then I moved the primary into rough focus and locked it.
4. Then I drew-back the crayford to 1/2 way, set the micro-touch controller to 1/2 way (30k) and moved the mirco-touch motor off the native focuser and over to the crayford.
5. Rebalanced
6. At this point I'm just trying to to focus so I can perform a collimation.....here’s where I'm stuck.

With these settings, I can ONLY get an image of Vega (or other suitable bright star) if the exposure if 4 seconds or greater.  Anything less than 4 and no data.  Bin 1x1 and 2x2 both require the 4 sec minimum.
This makes it very hard to autofocus as the @focus3 routine controls exposure time to get to the ADU it decides is best BEFORE moving the focuser.

In the included pic (img1) you can see it starts at 16sec, 8 sec 4 (which, so far so good) but as soon as it goes less no image returns.  Both seeing and trans were average the night I tried.

So I put two questions to the group:
1. Any ideas on why the 4 sec limitation?  I'd really like to be able to focus before trying to collimate.
2. Even when focusing manually I can't get a good result.  Best I can do are these jellyfish stars.  See img 2.  Is this due to the mis-collimation? 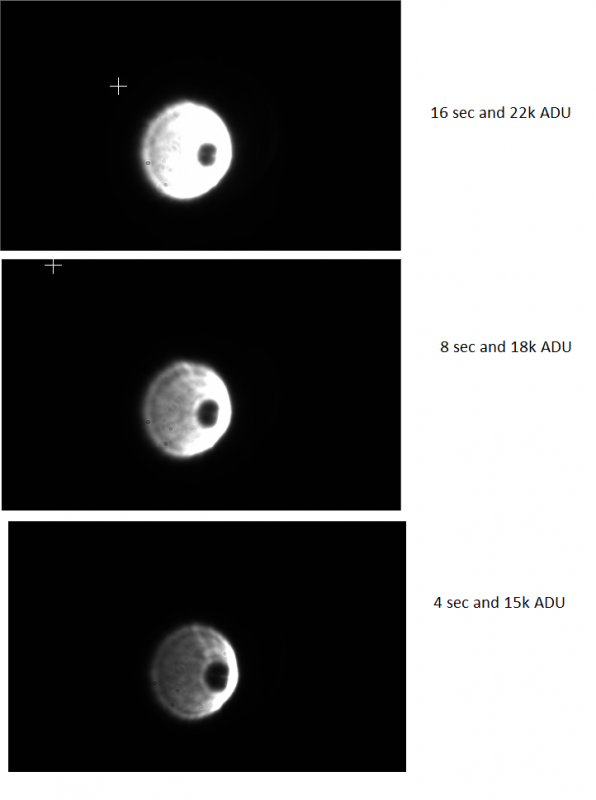 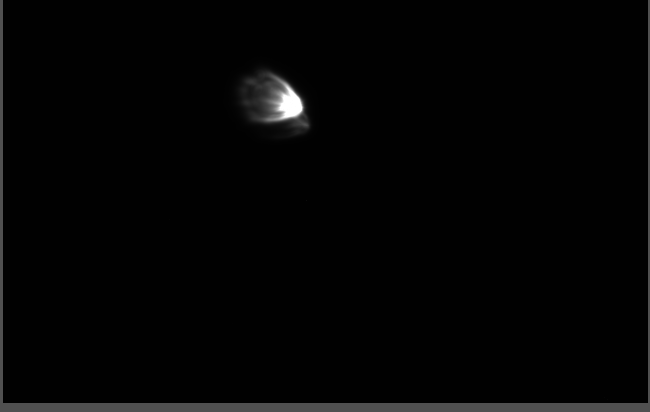 You are correct. Collimation is way off.

you guys send me to school every time i log in.  lol

by the time i get my first AP camera i will have a better understanding hopefully.  lol

i have never heard of collimation.   my guess is that it has some thing to do with focus.  lol

i will search for more information about "collimation"  now.

Collimation actually does have something to do with focus, which isn't your problem and why it's more precise to describe your problem in terms of secondary misalignment.  In optical terms it's your secondary alignment (in tilt) that is WAY off!

BTW, for focus and collimation, you can bump the gain up to the max.

You only need to reduce gain when imaging - and then much less reduced than you would for deep sky (assuming you are lucky imaging, where lots of frames per second is desirable).

It’s good you are having to address collimation up-front, since it’s critical for the high resolutions demanded by planetary - at least it’s somewhat in your control, compared to the other big challenge: seeing! I personally find SCT collimation to be a royal pain still.

Ill work on that tonight (hopefully)