Good deal on a 2x Barlow and filters...

26 replies to this topic

This has to be a great deal if you're a beginner, I just wanted to share! Quality of the Barlow is as good as my other cheap, but almost 4x as expensive Omni 2x, and 2x and 3x Meade 4000 series Barlows. It's more versatile too with removable element and t ring adapter.

You're good man, no issues, got my second one today after buying it last night lol 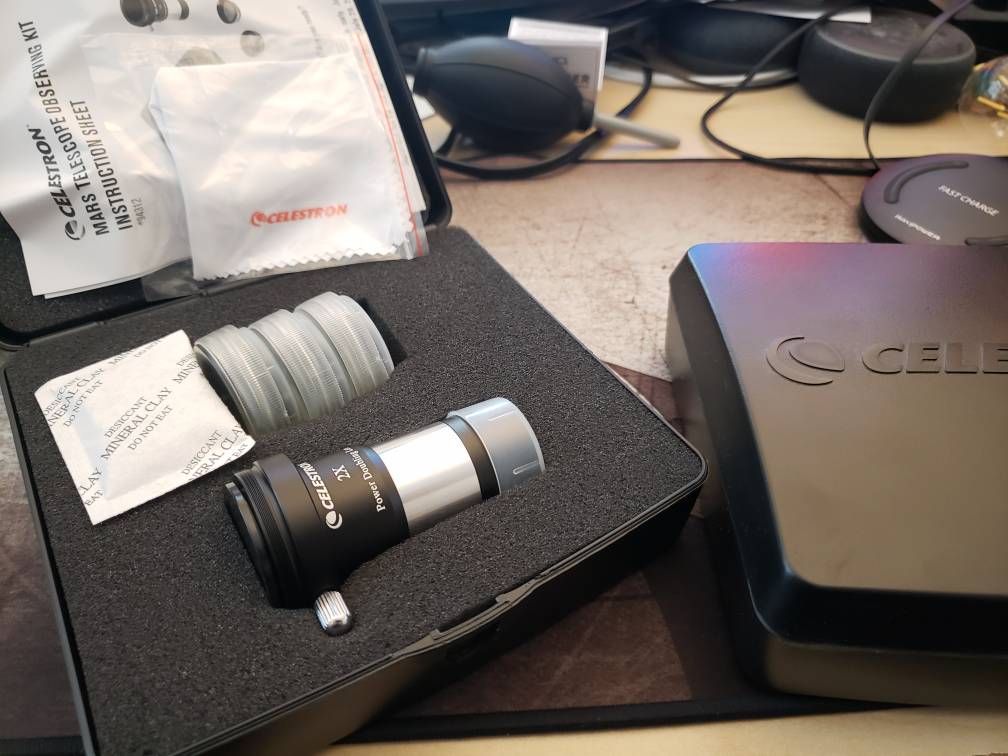 I do hope it shows up. The same barlow by itself is $53.95 on Celestron's site. I also wanted an 80A which is also in this kit. 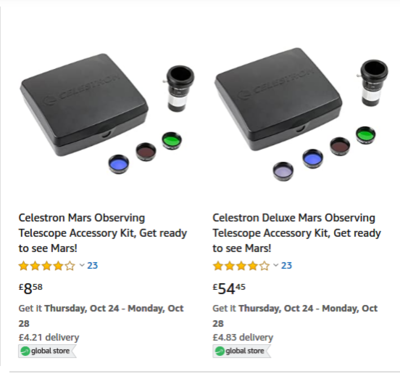 Amazon must have a million of these kits in stock and just wants to move them...awesome deal if you aren't in the market for TV and such.

And lol, since it has a T adapter, I guess I now need a Canon T adapter....

I think those sets came out at the time of Mars' last opposition.

It's not a bad Mars filter. I've got it.

Mine showed up today. Looking forward to trying the barlow element as a 1.5X. Also a nice basic selection of color filters.

I posted about my disassembly and direct comparison with the Omni a couple days ago:

It was down to $10.69 today, but now the price is up to $23.40.  Original price was $44.95 according to camelcamelcamel.  I believe this listing is managed entirely by algorithm.  I bought one when it was $14.59 a month ago and another when it was $11.04.  It's a very functional barlow and greatly improved if you're comfortable doing an easy modification.

There's a good chance the algorithm will kick back in after a few weeks to sell off the remaining stock.  Amazon probably stocked a good number of them and it's coded as a seasonal product, hence the dumping, since it's well past the "season" it was coded for.

snagged one at $10USD. even with some shipping is still cheaper than the 44CAD on .ca site. Go figure... Waiting on it to show up.

(Ships from and sold by Amazon.com.)

The price is currently US $23.40 as of the date and time of this post. Amazon's pricing algorithms can be a little crazy at times.

Out of curiosity I checked the price of the set and .... the cheapest I get is $23.40 no any near of prices mentioned above, for $10-11 it could have been tempting

I also picked up this kit while it was in the 10$ range with free shipping, thanks for pointing out the sale.

Once the kit arives I will compare them, and keep the one I like more, (If there is really any difference). The other will be given to my father. I also have a few inexpensive ebay purchased filters in similar colors, so it will be interesting to see if there will be any differences in the lenses I can notice as well. If they turn out to be duplicates my dad will get some color filters as well.

I have never had any components branded Celestron, so it will be interesting to see if they are any different or better than the svbony and other ebay branded stuff I have ocationaly purchased.

Just received one of these sets to obtain a Barlow and the little case for a kit I'm assembling for friends (I was lucky enough to sneak in at $10.97).

Anyone else notice how long the nose is on the Barlow with that thicker/longer lens cell? It comes up a full 10-12mm shy of fitting in a standard Celestron 94115-A diagonal, and contacts the glass "cover" inside the prism diagonal. If it was a mirror diagonal, it would hit the mirror.

Any thoughts, collective brain? Was this Barlow designed just for Newts?

Once the kit arives I will compare them, and keep the one I like more, (If there is really any difference).

I received the kit today, and am happy to report that it is indeed different then the svbony and cheap generic ebay stuff I already had.The barlow has a larger diameter lens inside of it, (either that or the svbony has a choke, I did not take it apart). All the color filters are also a different shade.

I was thinking it was going to be the same stuff, but I was wrong in that assumption. For anyone interested the barlow in particular does appear to be a upgrade from the svbony barlow, (at least to the one I have). I have not tested anything yet, and am going by looks alone.

Similar outward appearance, but not quite the same. The larger lens is the Celestron. 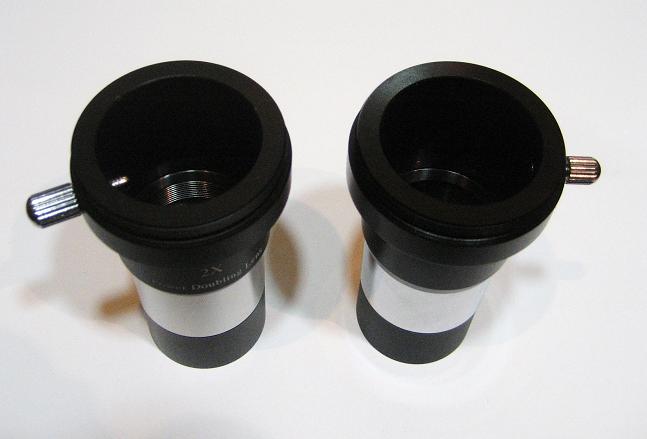 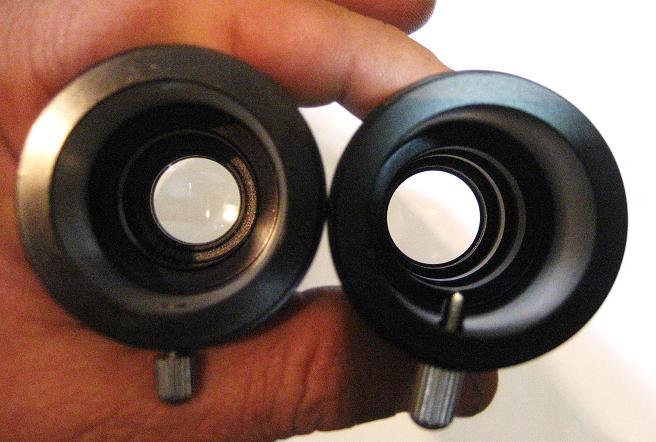 The filters may be more comparable, just different shades of similar colors with less detail in the aluminum housing.

I had a really good experience using this Barlow several nights ago.  I had very good seeing and high transparency, so I used my 130mm f/5 newt on Uranus-- barlowed my 4.7mm ES82 to 2.35mm to provide 276X, successfully pushing slightly over 50X per inch of aperture.

With a small 5" parabolic newt, at 138X, i could barely make out the planetary disc, but once barlowed at 276X, the planetary disc revealed itself, with fairly clear edges and still relatively bright, even at .5mm exit pupil.  This barlow was definitely not the limiting factor and did a really great job.

Very fun pushing this Barlow knowing how inexpensive it was.  I didn't think my 130mm was even capable of such magnification.  I had very low expectations for this barlow and it completely exceeded them.

Great comparison, Mbinoc! It definitely looks as if the svbony is a copycat of the Celestron.  Some of their stuff isn't bad, but it's very hit and miss.  I do like their UHC filter.

How does the barlow compare to the stock barlows included with Infinity Meades? Just asking in case this set goes on sale again.

And will this Celestron Barlow even fit an Infinity 102? I just assumed they were sort of universal, but it's not like I have much experience with scopes.

And are the filters useful on other objects besides just Mars? In the description they mention using green on the moon, for instance.

Not long after my purchase, the seller claimed it had been "damaged during packing" and cancelled my order, then re-listed it for $35.

Thanks for the heads-up!

The product is officially titled and headlined as:

One attractive feature is that case.  It's cute and looks quite functional.  One might even Exacto knife out an opening or two for a couple of low-end eyepieces and have a coat pocket set for grab 'n' go.

Is the case easy to open and shut?


Also tagged with one or more of these keywords: accessories