Besides needing a "pygmy pony", any suggestions? I've read they should last a couple weeks but I don't seem to have any today after a bazillion yesterday. Normal? Was I the victim of protozoa rustlers? Have used yeast and a few rice grains.

That's what I thought.

I'm guessing the water is contaminated by the waste products generated by the protozoa and bacteria. When this happens I replace some of the water with fresh water, this usually quickly restores life in the petri dish.

I did add new water but it didn't help. Pond water really isn't available at this time of year. I've used filtered water and distilled water as well as tap water with no difference in growth between them. Sometimes I've had no growth at all.

It's difficult to try to answer such a question when the question is lacking basic information: what critters, how were they reared, etc...

I described my method to always have some critters at hand here: https://www.cloudyni...-comming-again/

They're adopted. From places like Nasco or Home Science Tools. Sometimes things grow, sometimes nothing. Some say used distilled or filtered water and some say use tap. I follow the destructions including, where stated, having water set aside in a separate container to add to the growth dish instead of "fresh" water and it makes no difference. When they do grow they're all gone within a few days. Rustlers. Or Aliens.

From reading on the interwebs this seems to be normal for "protozoa kits" offered for sale. Some have good success and others nothing.

If I had a tray of water outside it would be ice with a foot or more of snow on top.

I've found that a square inch or two of backyard moss soaked in distilled water (tap water may work?) for a half-hour will usually yield a variety of micro-critters.  It may work even better after a rainfall.  A ~3" covered petri dish works well for soaking.

I'll be trying something different once spring arrives around May. Through buying kits that only work half the time. There are plenty of ditches and drainage ponds in the area. They get rather annoyed if you remove water from a river or lake due to invasive species.  There's a of of ground moss around here. Thought about using "grass" (weed) clippings as well. Plus, I have some commercial prepared slides.

I did get a 5x ep which brings the microscope down to 20x for looking at coins, currency, stamps and other inanimate objects so it's still getting use. I need a clamp with heavy base to hold my LED flashlight I use to light up the usual subjects.

Try a classic hay infusion, inoculated with a few drops of pond water.

My bird bath is a very reliable source of water critters such as paramecia, rotifers, vorticellas and even a few tardigrades. If you have access to a bird bath (or if you can set up one close to where you live and keep it replenished with water) you will soon have a constant source of critters.

A bird bath would work but I really got the microscope for winter use. Single digit overnight temps F make outside water collectors a non-starter.

"If I had a tray of water outside it would be ice with a foot or more of snow on top."

You would be surprised how much active live there can be underneath a thick layer of ice/snow...

Years ago I started writing something like (that was the working title): "1 000 objects for microscopy in your small city apartment during winter".

I don't know for sure, but I'd bet that some moss from under the snow would yield some animalcules after a few hours of soaking.  I'd probably avoid hot or warm water, to avoid temperature shock.  Just bring it inside with some snow in a shallow dish and let it warm up gradually.

(on edit) I find that micro life shows up well with top lighting and a dark background.

It's not that hard to breed some random critters, but it is next to impossible for an amateur to maintain cultures containing only one species in the long run (that's where all those protozoa kits fail big time).

For the later case one needs an environment able to carefully control all parameters : light, temperature, pH, ... Meaning a well equipped microbiology lab,  access to all kinds of equipment/chemicals and a good knowledge of chemistry (action of buffer solutions, someone?). It's next to impossible for most people.

It doesn't sound all that hard, but how many people does one know to have access to a decent pH-meter or a balance accurate to 1 (10, 100) mg? How many people able and equipped well enough to measure BOD?

As a second choice one can (and most do) try to breed some critters in kind of a wildlife setting (a few buckets in the garden, a bird bath), trying to make the most of it, in the meanwhile (as kind of a fortunate byproduct) studying succesion in that kind of limited ecosystems...

Well, on the other hand: if one doesn't know how to create favorable conditions for a species/isn't able to do so: studying the effect on declining conditions can be very interesting as well: many protozoa will start enaging in conjugation if conditions worsen. The same goes for some green algae (Spirogyra!) which BTW are far less difficult to breed

These are some pictures I made in the 1980's (I posted these in another tread some time ago), using worsening conditions in the test tube/petri dish: 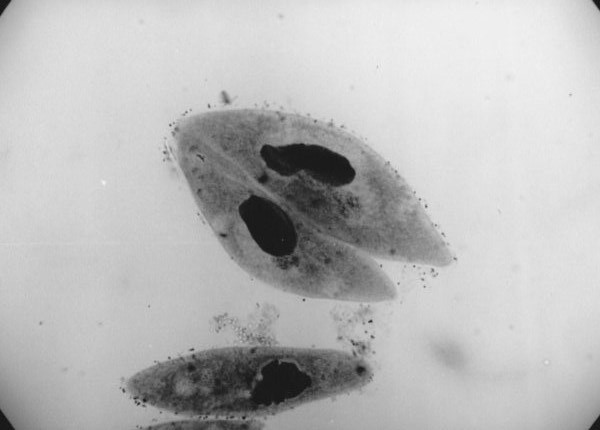 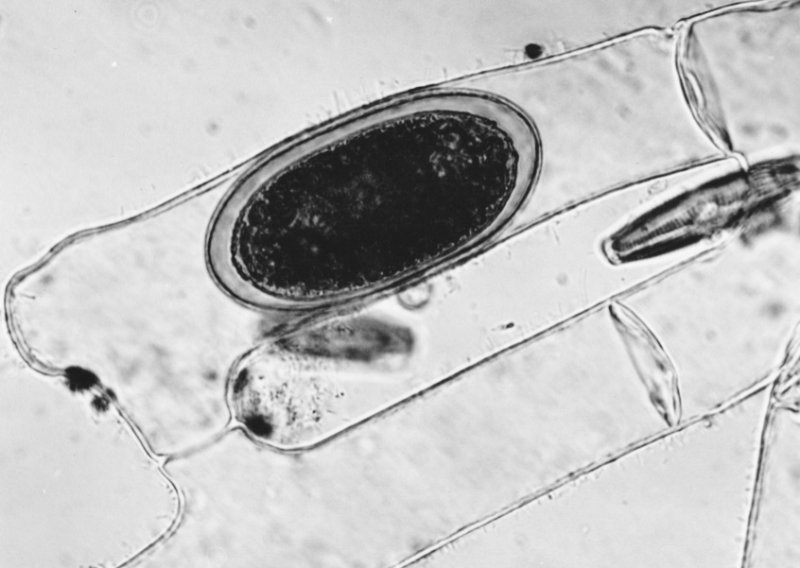 I take water from a city pond. The abundance of living creatures is surprising. 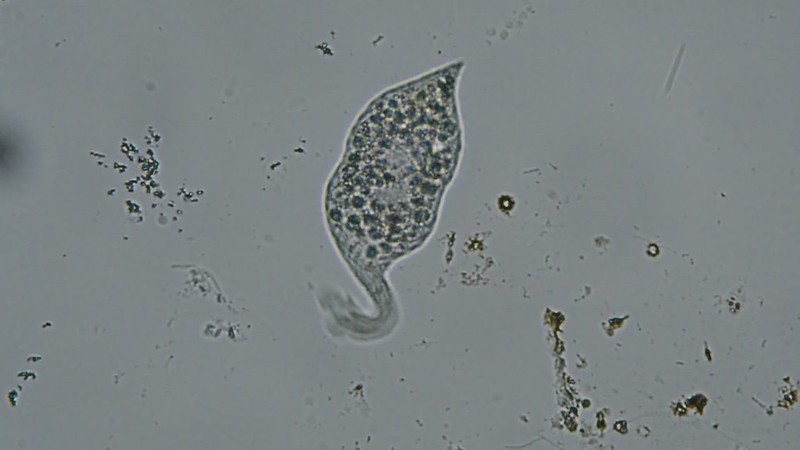 Thank you for the information.

From the same pond