The November 2019 Challenge is now open. The target is NGC 1055. To reduce the number of stickies, please submit your entry to this thread.

To increase participation over such a diverse group, the winner will be selected by random drawing. Please feel free to start a thread requesting guidance on your entry prior to submitting it, the whole purpose of this challenge is to learn and compare on a common target. Entries must be submitted by midnight eastern time on November 30, and I will try to announce the winner early in December. 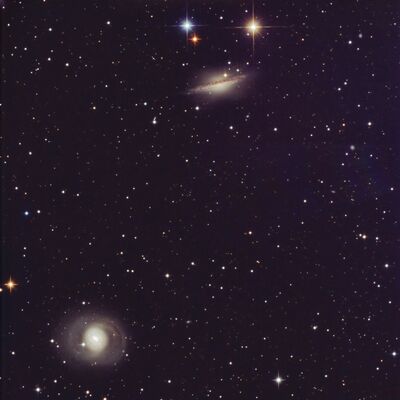 And the puzzled expression version... 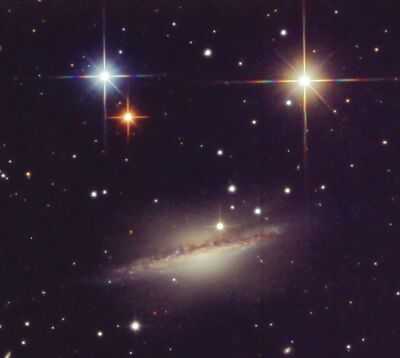 Wonderful image skink45ny!   My picture, taken last night under a fair amount of moonlight, uses an 8" reflector at f/4 and a Canon 6D on a guided CEM-60 mount.  46x2' at ISO1600 without filters.  Stacked in DSS and developed in Star Tools and Gimp.

Nice image Gipht. You reminded me to enter my statistics, thanks!!

My image above statistics...

Steve, I added your stats to your original post as well.

Thanks for participating you two. Especially getting submitted so early. I havent had any clear night even if I could've imaged.

Here's my entry for this month.  My equipment was my Omni XLT 150 unguided on the ZEQ25 mount, ASI294MC pro cooled and Explore Scientific coma corrector.  36x32 second frames with flats, no darks.  Stacked live in Sharpcap 3.2,  touched up and cropped afterwards using FastStone image viewer. 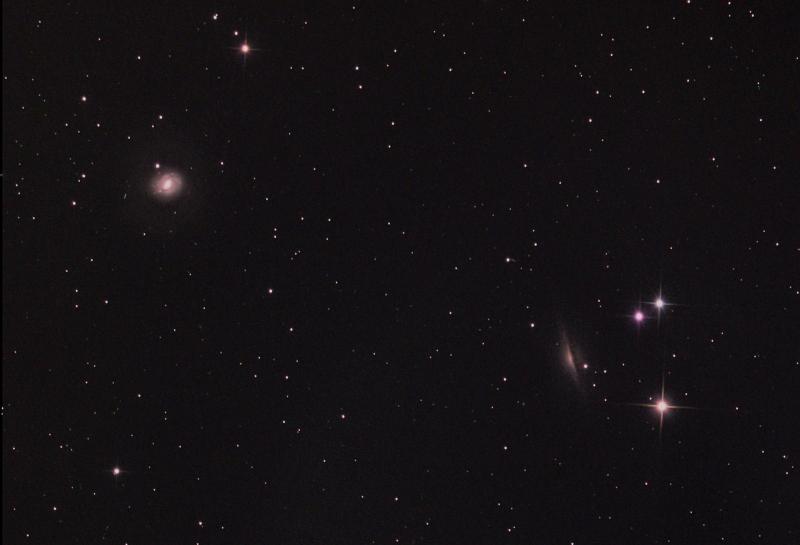 Uuh, really not a target for a F=450mm telescope.

Even less as I had really bad luck with the observations:  Wind at an average of 10m/s, with gusts up to 17m/s.  It's a miracle that stars were only elongated to an ellipticity around 0.6

But of course the needed processing killed another part of the little resolution left.  Yet, guess I won't shoot this again, so here it goes: 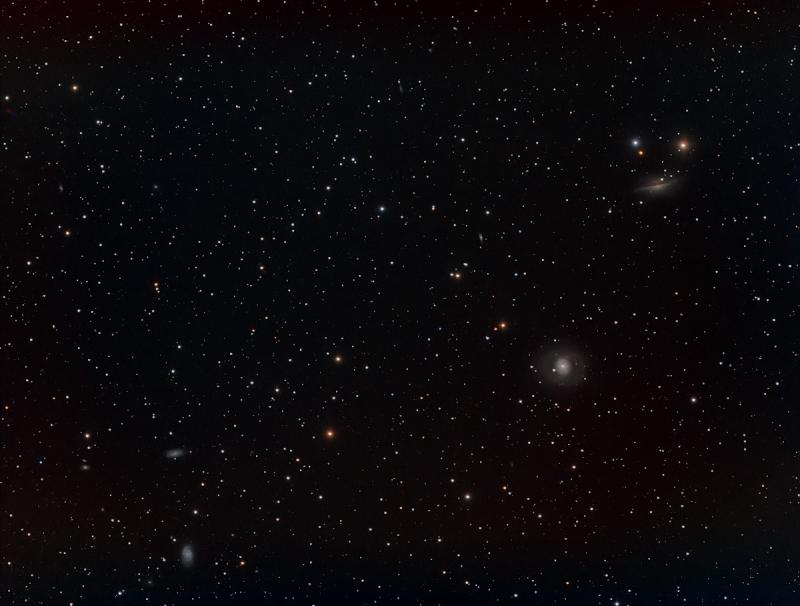 But, there's an additional Gimmick:

Already during acquisition I noticed a streak line in M77 (I'm using some live summing).  Here's the basically unprocessed sum of all colors as greyscale: 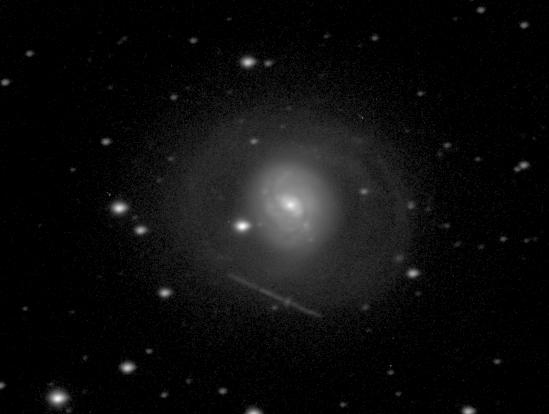 Some quick research at the Minor Planet Checker revealed that I had spotted 2309 Mr. Spock on his way through Cetus.

(although the asteroid is actually named after a cat...) 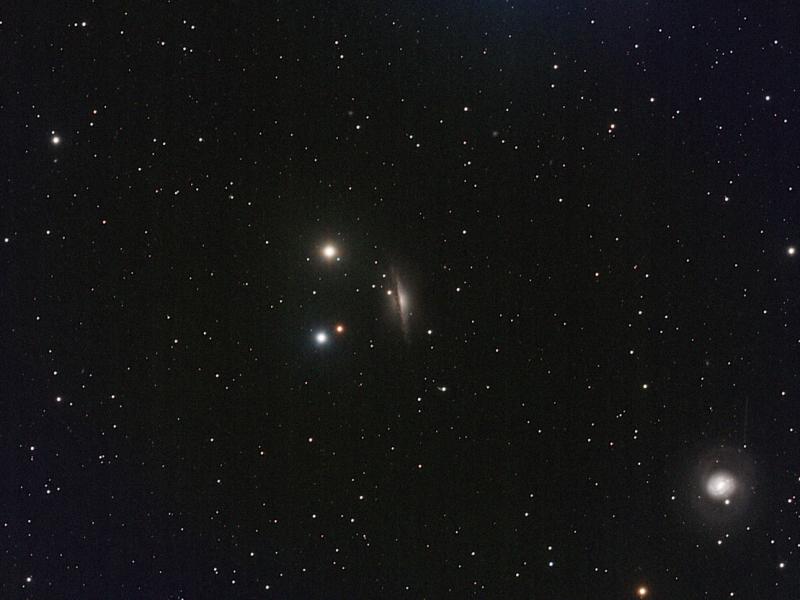 This was a challenging target for me.  I can't image objects this far south from my pier since trees (for now) block the view, so I had to setup a tripod next to the house where I can't see Polaris and my south view is still very limited.  I also chose this challenge to resolve tracking problems in a used GM811 mount I bought in October. And I'm still on a step learning curve with PI. Fortunately this past Monday and Tuesday were clear, seeing was at least average and the mount is finally tracking well, but thanks to me not estimating accurately when to start imaging I lost several of my green images that were taken through the trees. All in all it was a fun challenge 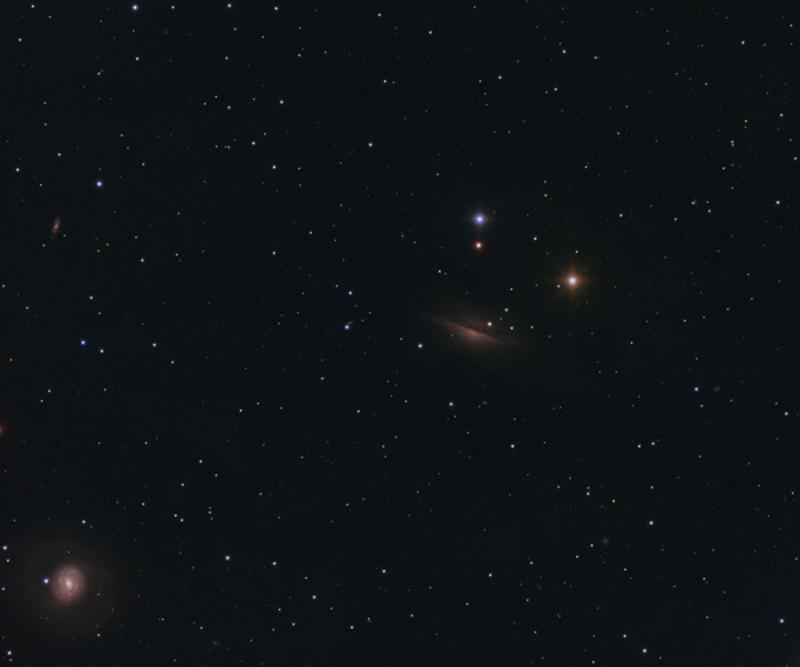 Tough month here. Relentless rain. Got only one (partially) clear night and there was a moon making things worse.

A mere 10 minutes of light frames and I was lucky to get those... 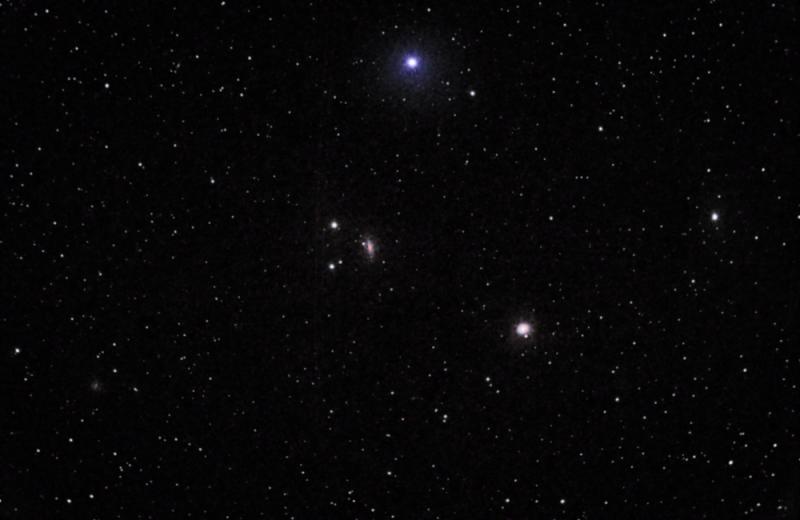 While I'm on the edge of a small town it is the north edge of town so this was through all the light pollution available. 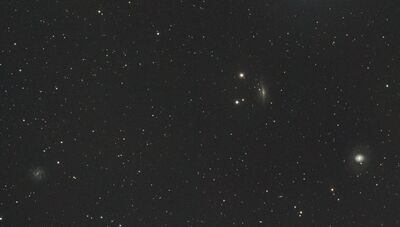 Here's my submission for the month, this time before 9pm local time, since the universe seems to revolve around the US East Coast

So I'm with Babo here...  Tough month for imaging, though not all caused by natural forces.  11/3 was the best imaging night, weather-wise, but it was drowned out by the neighbor's porch light for most of the imaging session.  I got about a dozen subs that night.  I got another couple of dozen at the end of a Star Party just this past week, grabbed quickly while everyone else was packing up.  Then the weather went south.  In between we had the Moon messing things up, not to mention a bout with clouds and high winds.  After throwing out the worst of the subs due to poor tracking, I ended up with not quite 19 minutes total integration, a mixture of 20 seconds and 30 seconds exposures with my DSLR at max ISO.  Those are not the best settings for noise, but most likely to get subs I don't have to toss.  But, enough excuses...

Mixture of 20 and 30 seconds exposures, triggered by an Intervalometer

Stacked with Sequator, processed in StarTools

The winner of this months challenge is nobake - post #11. Congrats!