Just before heading off to a funeral this morning I noticed an ad on an online buy & sell (Gumtree) for this scope...on ringing the guy said he would take $40 & his wife would be home so we could look at it after we had been to the service - it was only 15 minutes up the road, probably the main reason why I decided to have a look at it.

Now I know I wasn't going to buy another scope until I had sorted out the Eikow & the Royal Astro LN4... (on that score I now have the recoated 4" RA's mirrors back so this project "should" move over the Xmas break!

But I thought "why not?" 'cos I'm what we call in Oz a "magpie" & it was just asking for someone to buy it..! (there's another bird down here called the "Spangled Drongo" who is an inveterate collector - & Oz slang has a word for half-wits, "drongoes!"

A quick clean (the ota was almost new-looking with hardly a mark on the surface) & the only missing part is the little "slug" that sits in front of the knurled knob that locks the azimuth rotation - I'll make that soon enough - & the little altitude scale...the rest is as new almost...

Of course I did a quick bit of homework before ringing the seller & it seems it is about 1969...I'll try it out tonight & report back. (have cleaned the air-spaced doublet objective as well as the dinky finder's lenses & given the entire thing a wipe-down, all it needed tbh...)

My final argument for buying it was that one day I'll donate all these to some kids or schools...but why "Bob"..?

Almost everyday we are at home we motor up to the Onkaparinga River & get a local coffee & eat our lunch in the carpark on the riverbank...a motley crew of folks are often seen as well as the ever-present kayakers - & Bob was one of the motley mob...

A bit larger than life & I made the mistake of thinking we would not have much in common until one day us & Bob were the only ones at the carpark: half an hour or so later & we both realised we were about the same age & although from entirely different background had many similar outlooks but above all a sense of the ridiculous - especially when it comes to laughing at ourselves! In Oz the phrase is "taking the p*** out of ourselves" btw.

Trouble was that Bob was a hardened smoker & even though he was on the final countdown as far as his life was concerned he wouldn't give up - this led to some rough times & about a month or 2 ago he blacked out while I was standing next to his vehicle talking to him...I actually thought at the time that he was shuffling off his mortal coil!

But he didn't, & he still kept driving down to the carpark at the river most days (he lived nearby) to have a fag or 3 & check out the racing results plus yarn with us or anyone else around...& last week he died in his sleep - a good gambler's result for him!

Anyway, Bob's gone & Pat & myself are richer because of his brief friendship...so after the funeral we went & bought this Tasco/Towa...& its' name is now Bob! 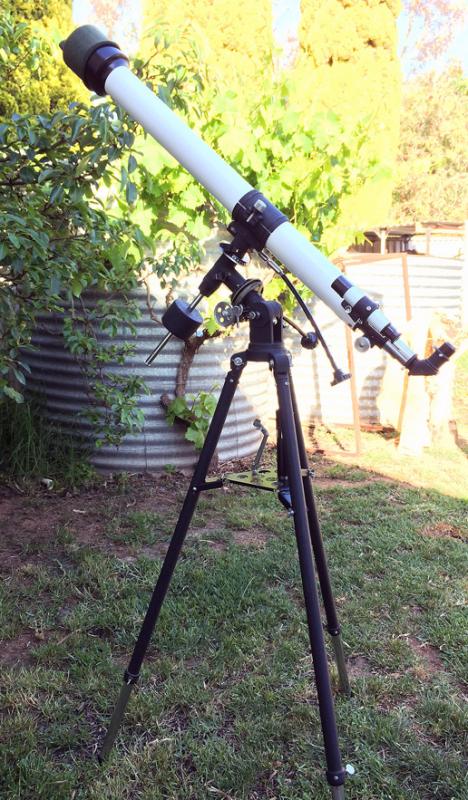 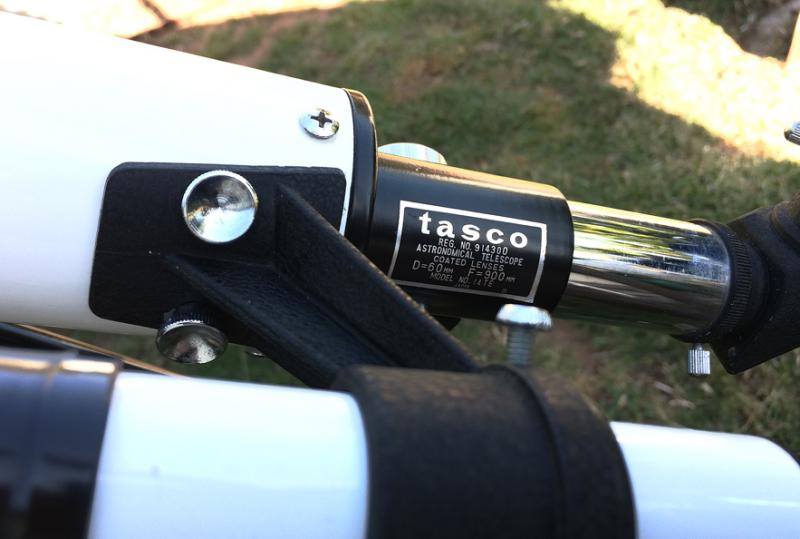 Thanks Scott - you're right about the friendship...some sobering thoughts as well as meeting someone who helps you see people in a better context!

But tiny Saturn looked exquisite I have to say...shot a short video of it with the iphone but need to manually cull the frames if I want to post the pin-sized image!

Sorry about your friend.

I’m sorry for your loss of your friend but glad that you’re all the richer for knowing him, albeit for but a brief moment in life. Great lesson there too that more people need to learn in our unfortunately too fast-a-paced world- we can learn much by walking together with folks from different walks of life. Thanks for sharing and I’m glad you got a memento to remember Bob by. And what a pleasant way to spend the lunch time! I can just imagine the setting. Good stuff!

- & it is nice there: as a young boy I spent quite a bit of time nearby & was always down by the river trying to catch mudskippers & tiny "rock" crabs...it's less than a mile to the mouth from there, meandering alongside sand dunes on one side.

I had a laugh about 5am this morning...'cos I'd left "Bob" set up on the back lawn I had to go out & peep through him at the Moon skimming our pear tree top, lovely view & no sign of CA - hopping back into a warm bed I chuckled realising I'd made a similar mistake when I'd originally thought the real Bob & I probably had nothing in common: last night that "CA" was actually AD (atmospheric distortion) due to Venus & Jupiter being so low...Saturn being significantly higher still, exhibited none...& the Moon this morning where you'd really expect to see CA!

So I'd misjudged Bob the scope also - I must make the focuser a bit more buttery-smooth, but the scope was good overall - I need to find that 0.965" to 1.25" adaptor I made however & then maybe have a "shoot-out" by swapping the Tasco/Towa with the Eikow & the Sears 6333 of similar specs!

You might experiment with flipping the front lens element in its cell.  I have an old 60 mm Tasco whose element I accidentally flipped while cleaning.  The scope still worked but had much more pronounced chromatic aberration.

You might experiment with flipping the front lens element in its cell.  I have an old 60 mm Tasco whose element I accidentally flipped while cleaning.  The scope still worked but had much more pronounced chromatic aberration.

I might get a chance to try the various 60mm scopes out tonight.

I've smoothed up the focuser action a fair bit but might still play a bit more another time: being an idiot I cleaned the draw-tube & casing with a degreaser then thought I'd give it a quick all-over wipe with a rag & methylated spirits...accidentally lightly dragged across the label & smeared the print slightly - no major issue but like the rest of the scope it was in excellent condition beforehand & it does take a tiny bit away from the aesthetic nicety a tad...memo to self: keep alcohol solvents away from these things...& I did the same with the Dai Ichi Kogaku - senility..!!!