The link is asking me to register for dropbox. I’m not sure if I have an account and will check and if so see if I can access it that way, but I can’t see it otherwise.

Addendum: If what the app is trying to access is the article from the file in your link, it now says that the file is no longer available...

It's still there, I opens for me right away, but I've not used these cloud apps before.

Yes, the same for me.  That last single (not fused) page ends with "continued on page 96" so it looks like a bit of the article is missing.

Thanks for sharing, Rich!

Dated March 1964, that article appeared a month after Questar ran its first ads for the modern design of the Field Model in the February 1964 issues of Sky and Telescope, Scientific American, and Natural History magazines.

On p. 60 of that article, Modern Photography claims that it had "a small part in bringing the instrument to fruition." This is interesting. I didn't know that.

What also stands out is the frequent extent to which the article's author writes about Lawrence Braymer and his actions in the present tense. It's sad to note that Braymer passed away the next year in December 1965.

thanks, I'll add it in tonight.

The links to these last additions do not seem to work

Same problem for me. Rich, are permissions set to share that last page of that article publicly?

But when RichA started this thread (and thanks for that, Rich), I was in the throes of doing my Questar history research, and I saved the resources those links pointed to onto my computer. I noticed that the links in this thread have gone stale, so I saved the pages from this article to JPEGs and uploaded them to my gallery in case other folks want to read this article in its entirety. 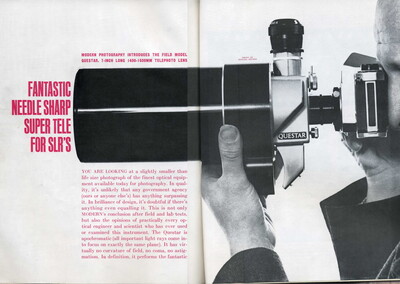 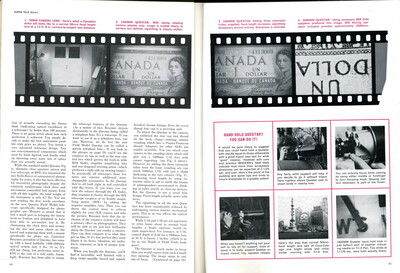 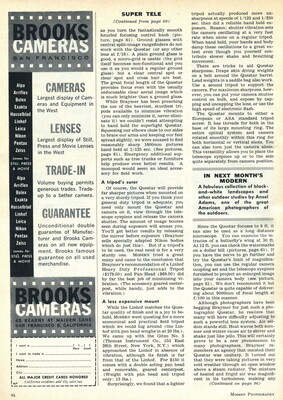 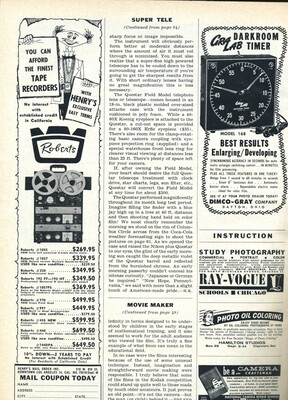