Last time outside was the 8th November and I had a great night with the Borg 107FL and Night Vision identifying many new “areas of interest”.
See my report and sketches here: https://www.cloudyni...s-night-vision/

But then we have had three weeks of clouds!

Anyway, last week we got three clear(ish) nights outside so I decided to use the Borg 107FL as a spotting scope to identify further areas to then check out with the Big Dob. It seems that it is easy to look straight through faint nebula and not see the bigger picture with the greater magnification proving a disadvantage with the dobsonian.

This report will cover a mix of two sessions (Night one – Borg 107FL) and (Night Two – 20” dobsonian). I will detail my wide field observations and sketch and then follow up with the detailed greater magnification/aperture view of the exact same area accompanied by a photo from Sky Safari with locations marked.

Starting with my wide field observations, here is a sketch I made of this area of the sky. 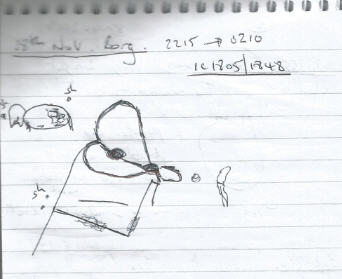 The big thing I found was a rectangular structure that is attached to the side of the Heart nebula. It had some brighter areas within it and a smaller parallel line inside it. There was an obvious “loop” coming from the “mole head” part of the Heart and beyond the loop I saw a small patch and a longer snake patch too. I have marked some of the smaller Sharpless (sh) that I saw on the sketch as well.
After quite a long time examining the Heart, I slewed to the Soul (foetus) next door, where some nice intricate interior detail and brighter mouth and chin areas were observed together with a couple of small Sharpless just of the sides were also noted.

Now, onto the Dob observations from the following night. Here is a Sky Safari view… 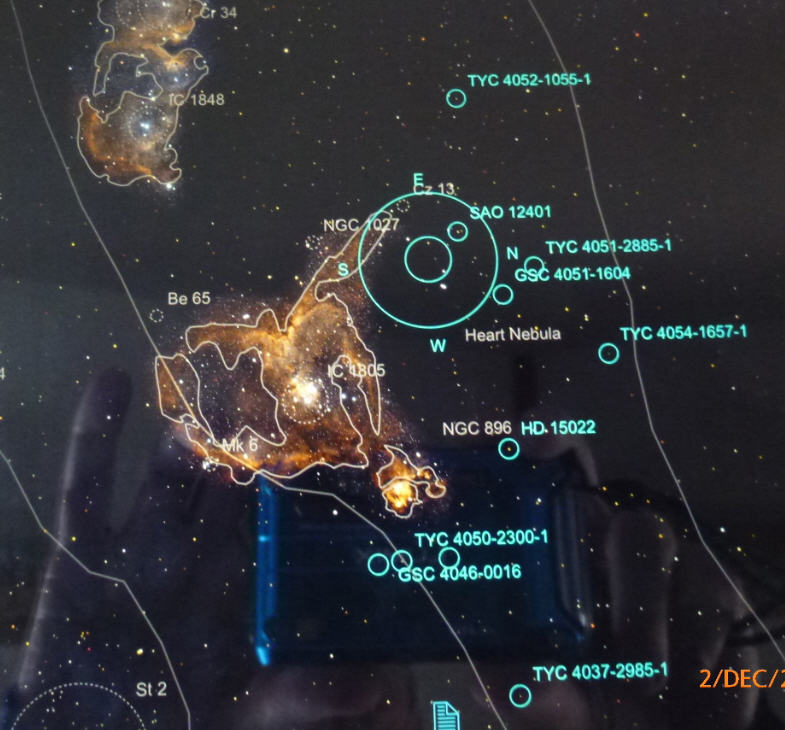 It was time to revisit the Flaming star region. I familiarized myself with a look at my sketch from last time out then started to note and sketch further nebula details seen at the eyepiece. I could see a sketch what looked like loops of nebula coming from the main bright blobs (sketched as dashed lines). There was a clear right angled corner piece above IC417. I then hit the multi-patched area of sh2-233/235 which looked great. On the other side there was a sweeping curved section that ended in a double patch (maybe sh2-227). I could see a small bright blob below that (guessed as NGC1778 but may be something else sh2-228?). Finally, I noted a small patch hanging off the side of the Flaming star itself. Here is my sketch from 28th November. 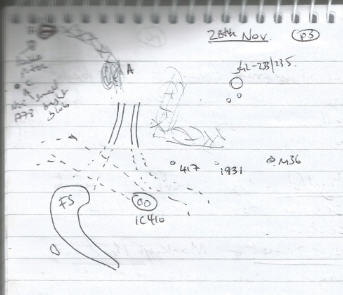 Now, onto my 20” dob observations from the following night… 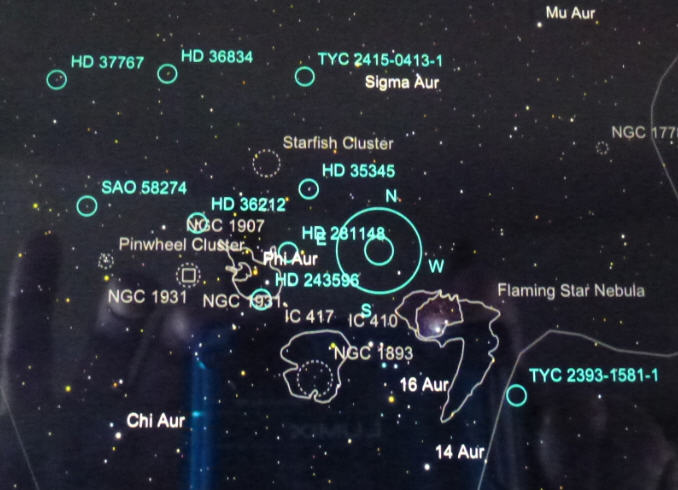 Onto the Fox Fur & Rosette, which is proving to be a great area to explore with a small wide field scope. The Fox Fur is rising rapidly up the list of “great nebulas of the night sky”! Once again, I started by checking my sketch from last time out and then worked to see and sketch further details… Here is what I ended with… 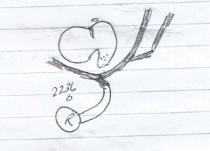 It’s really hard to find a decent image of this area wide field. Everyone seems obsessed capturing the tiny Cone and misses out on this vast lush areas greatness! Search for “Fox Fur Nebula Rosette” and you can find some – it’s well worth it.

This time I noted some of the black detail inside the thick “comma” shape and also a smaller detached patch above.

I cannot reach this region from my shed so there is no dob confirmation text.

Next up was the expansive region that contains IC434 and the horsehead. Last time out I noted a long extension to the left hand side and down parallel to IC434. This time I was lucky enough to see even more. IC434 was a complete rectangle of nebula surrounding Sigma Orionis in its centre. With more time I began to notice a separate nebula lane running up the left side of this. It was fainter and ended with a curvy section around Alnilam at the top. The bottom end was right angled as shown below in my sketch… 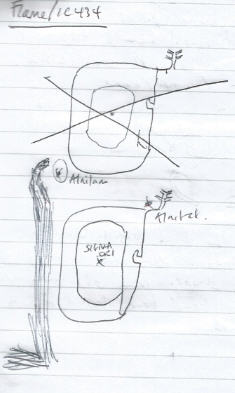 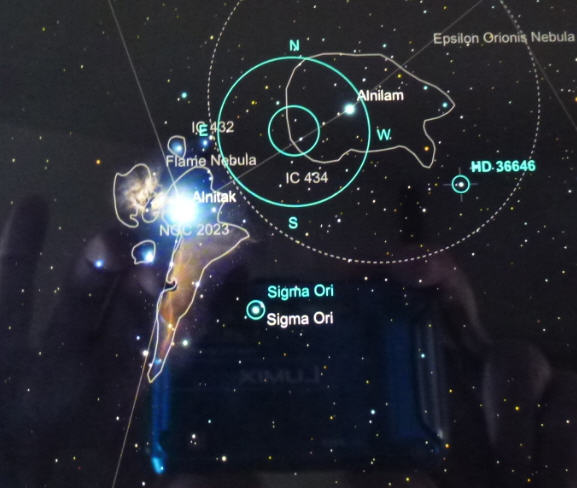 I cannot reach this region from my shed so there is no dob confirmation text.

Finish with the search for some Comets.

I was outside again on the 30th November where I managed a couple of hours observing before fog descended. The highlight was that I bagged four comets as follows:

C/114P Wiseman-Skiff – (found WEST of where Sky Safari says it is so beware!) It appeared brighter than C/260P. A small fuzzy patch with wide brighter core (but not a bright “dot” core).

The above approach proved a success, identifying potential areas for detailed searching with the dob in advance really helped me to focus where I looked with the dob and helped me to linger longer at a location waiting for nebula to pop out at me.

I will be relocating the dob to the back of the shed for the next new moon so Orion and the Rosette can be reached. Then I can firm up some more exact locations thanks to the push-to connection to Sky Safari that the dob has (via Nexus wifi unit).