I tried to improve the images by going to a half second exposure.  This greatly reduced the noise.

Short notes for each.  I have put them in the order that I assessed the EBI visually.

I used higher gain on the lower EBI thin film tube, 3# to follow, and this made the noise really bad, but for dim subects I try to use as much gain as I can before it interferes with my enjoyment (though with all of the other tubes, I use 100% gain for dimmest subjects.. This tube has crazy intensification, but again, very noisy.  I need to go in and trip the high gain..  It is too high I think).

I was hand holding.  I have no way of attaching the Aurora Sport to the eyepiece, so I had to hand hold. 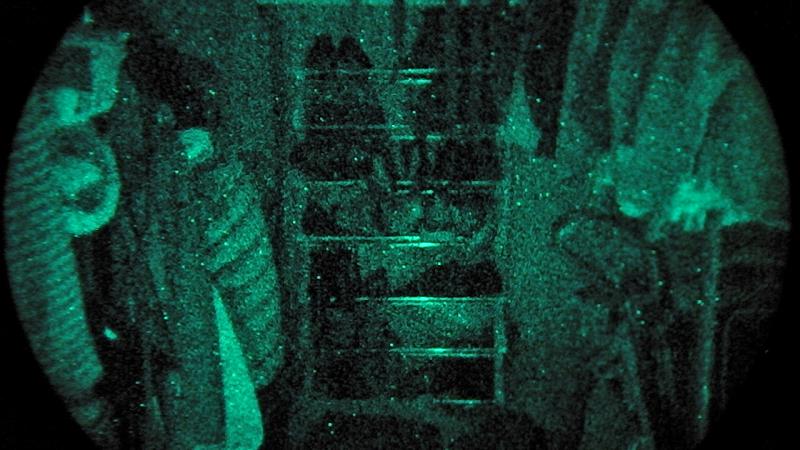 Next up, .2 EBI.  Note that this image is dimmer than the others.  This is the least sensitive PCR and lowest gain of any of the tubes here.  I do not have spec sheet for the two thin film tubes, but you can see that the images are brighter, and while they are higher EBI and noise, when the signal strength is above the EBI and noise threshold, they tend to show brighter images than this tube. I cannot say that the PCR and gain are absolutely the culprits here, but this is the lowest performance tube I have in terms of all other specs. The EBI is very close to the other tube though, and at the threshold, I think that is important because with the thin film binocular, at the threshold, the difference in EBI is bothersome. 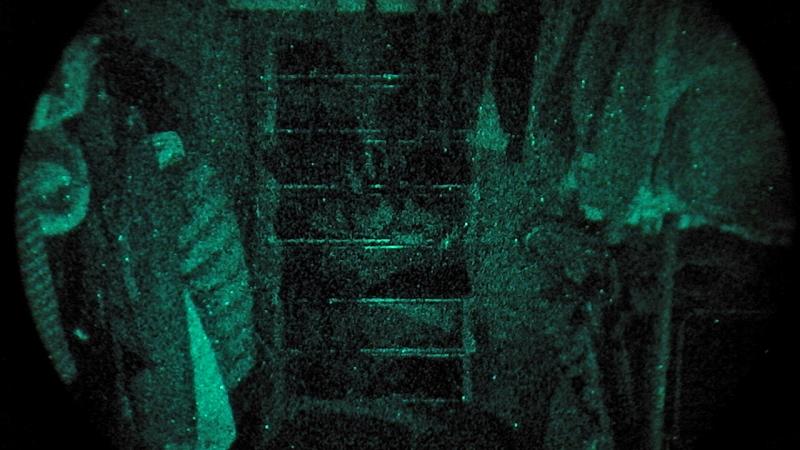 Tube #3 Is the first thin film tube.   With the gain turned up, the noise is I think giving the perception that the EBI is not much better or no better than the next tube, but the noise makes it harder to see.  With the gain turned down some, I think the EBI was a bit better than the fourth tube. Notice how bright this image is..  The spec here does not matter because this tube has had the high gain limit turned up I think. At least Ed said that was the case. 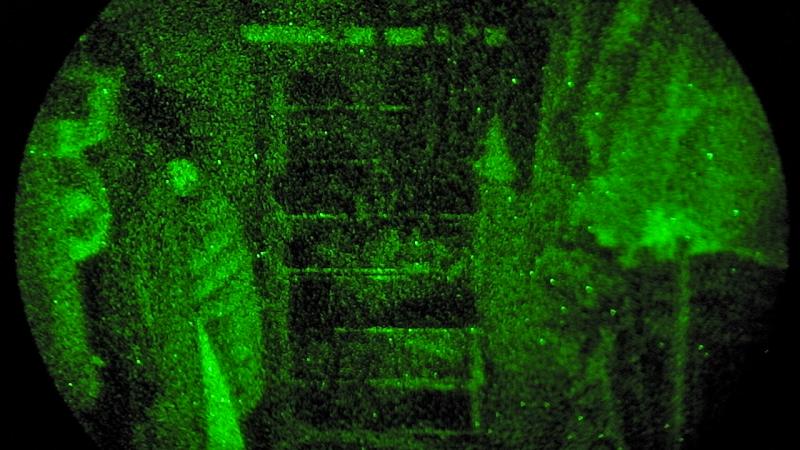 This is the .5 EBI tube.   Highest PCR and gain of all of the tubes with spec sheets. 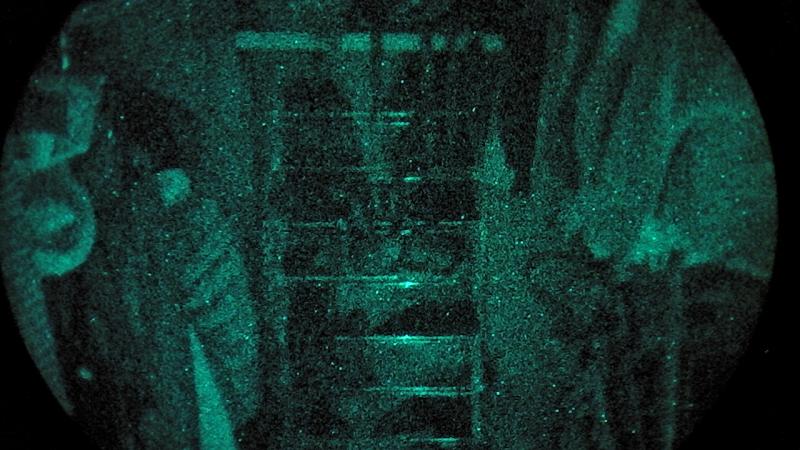 And this is the highest PCR tube.   Using half a second shutter speed makes a big difference in the quality of the image, but it is still easy to see that this tube has the highest EBI.  Under the sky though, this tube produces a very pleasing image.  Again, this is threshold performance and people should remember this. If you are trying to pick what shoes you are going to wear in a dark closet, the . EBI tube is a great way to go.  For most astonomy stuff though, I think the high performacne .5 EBI tube is going to to a better job.   Based on my experience with Peter's tube, things will be brighter and quieter in the high performane .5 EBI tube, and what little time I have had to use mine I think bears this out.  Horse Head was brighter in the .5 tube as were several other objects.  While we may think of the Horse Head as dim, as nebula go, it is quite bright.  Where the .1 EBI earns its money is under very dark, clear skies where the performance floor is not sky glow.  Under such conditions, I am able to follow out some pretty dim, but mostly featureless nebula.   I just like doing that. For brighter nebula under all but very dark skies, I think the new tube is going to be an improvement.  Still have not had enough direct comparison on DSO yet, but so far, it is proving to be a good investment.

Anyway, highest EBI of these 5 and should be easy to see. 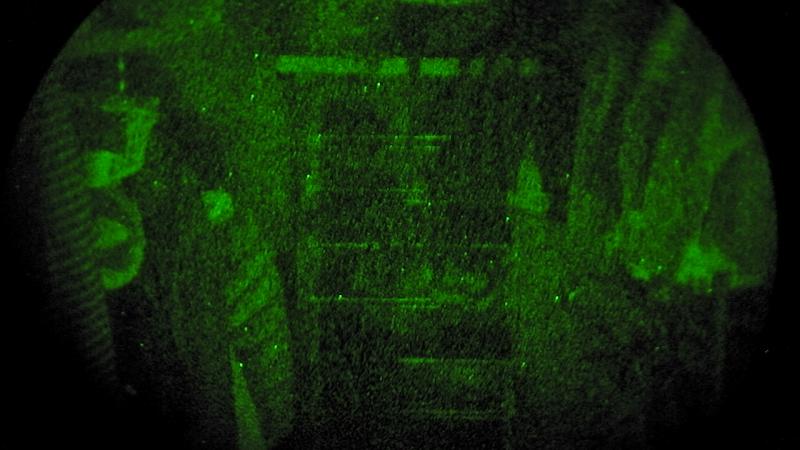 I wish I had played more with the exposure.  My apologies for not trying to do better the first time, but after looked at the pictures several times, I thought the noise was interfering and tried to minimize that factor to better show the EBI by itself.

The good news though is that it is pretty easy to see that at the very threshold of performance, the lowest EBI tube does better but I think these images do a better job of showing the differences as more subtle than the first set.

EBI takes the form of swirling little points and with the first exposure, I think it was unfair to the higher EBI tubes, making them look worse than they were. Here, I think these improved images are very close to the visual experience. At the eyepiece it is easy to sort them, and I think the old pictures did a good job of that, but they did not reflect well on the higher EBI tubes due to having to short of an exposure I guess.  I should have spent more time with this the first time.

And some of the blurriness was due to not really having a way to couple the device to the eyepieces. In particular, the .5 EBI tube is sharler than shown here.  Half a second is a log time to hand hold.

I am sorry that this is kind of half has, but I did what I could to rectify the overstatement of the first batch.

A good detail to use for comparison is the handle of the carpet cleaner in the lower right of the top picture. This is a big enough feature that any blur from hand holding would not alter the outcome.  The color of this is kind of a maroon.

And once again, this is only one aspect of tube performance and is most assertive at the lowest illumination level that the tube will produce an image.. Remember, people can see the North Amarican nebula with their eyeball, so as these things go, it is a very bright nebula and even with an EBI of 2 it is still easily visible.  Most of the time, sky glow will set a floor that is higher than the EBI level.

Also, in cooler weather, EBI falls. I can see a huge improvement in EBI during the cooler months vs the summer, where is is grizzly hot out at night for me these days.

Here is a video that Cnoct did that is the very very very best example of what happens to even a high EBI tube when the weather is cooler. A high EBI tube basically turns into a low EBI tube. I also like this video because it actually shows you how the noise manifests itself.

It was because of his video on EBI that I learned how simple it was to compare EBI..  You just need two tubes and a dark place.

I might put my high EBI tube in the refer tonight and try it again while it is cold.  That would be fun, yes???

This is the best video on EBI though..

Once again, the absolute best resource for EBI.  The only reason I even bothered with mine was to show tubes with known specs.

And this is a bonus Cnoct Video.. I put it here just because I love it so much..

Most of the time, sky glow will set a floor that is higher than the EBI level.

Interesting, what darkness skies are you using your low EBI tubes at?

Would you say in brighter skies, the low EBI tubes don't have much of an advantage?

From what I've heard, NV provides the most benefit when in brighter skies.

In darker skies, NV is more of a complement to glass only. I'd probably use NV more in the suburbs where its about 19 mag skies.

joelin, Now you are making comments that are simply absurd.  Night vision technology adds three magnitudes to the reach of a telescope independent of sky darkness.  Haven't you read Dennis DiCicco's Sky and Telescope article (June, 2018, p58)?  From dark skies I am seeing 18th magnitude stars with a 10" reflector.  Try to do that with glass.

I didn't mean to say its not an improvement over glass.

What I meant was in bright skies, from what I read,  NV is almost a necessity and becomes the primary way in which someone with a NV device observes.

In dark skies, people will use a mix of NV and glass...they complement each other well..

Got it. All these past 14 years that I have been lucky enough to have an intensifier and dark skies I have used a mix of the two approaches.  Your added comment put it very well.

Ed, really nice job on this second set of photos.  To me, they seem to show the 5 tubes being a little closer in performance, but clearly showing the difference in EBI.

YES Please... put one of your tubes in the frig or just set it outside for a while and then take another photo. I'd love to see the before and after (cold) photos together for a comparison.  In Cnoct's movie, he takes the NVD tube from 104°F down to 50°F for that pretty dramatic effect.  So, apparently it doesn't need to be in the 30's to see a really big difference.

has anyone ever attempted a cold attachment for NV that can cool it down ?

has anyone ever attempted a cold attachment for NV that can cool it down ?

Someone talked about putting a Peltier cooler on one, but I don't know if this ever happened.   In most cases it would probably be more trouble than it was worth, but for someone in a really hot environment, it might be good.

Really great testing Eddgie, good to hear your report of the new tubes.

I want to also share that Rich at Ultimate Night Vision has a good post from a few years back comparing tubes. He had set most of the camera settings manually such that they are identical and allows good direct comparison between different specs including EBI.

i do this the difference is quite subtle

does anyone know how to explain that?

Someone talked about putting a Peltier cooler on one, but I don't know if this ever happened.   In most cases it would probably be more trouble than it was worth, but for someone in a really hot environment, it might be good.

Last Monday (1/20) I've observed with NV in White mountains - temps around 0F. Half of my electronic equipment died due to those low temps. I was expecting the same would happen to the NV. To my surprise the NV worked till the end of my observing session. If nothing else, the battery should die(?) Anyway, I did not see any change in performance...

So cooling it down is probably not good idea. Next time I am crazy enough to observe in low temp I may actually use eyepiece heater tape on the NV.

The image intensifier was designed for military use and has a very wide operating temperature range, though it is apparently not a good ideal to leave one in a hot car.  Max storage temp is 185 degrees.

The battery should last 30 to 50 hours in  operation.  I have gotten more than this.

Wow, guess I shouldn't be worried about using it in cold weather!