Put my big refractor away and broke out the Celestron 9.25”.  I use the 9.25 Evolution OTA on my CEM60EC.  Now that it appears that the CEM60EC can be guided reasonably well, I’m looking forward to doing some longer focal length work when the clouds co-operate.

Few points about this setup:

I actually wanted to use my Moonlite SCT focuser, which is a very well-built piece of equipment, and Ron at Moonlite has exceptional customer service.  The problem is that it just takes up too much backfocus, even with the reducer inside the focuser.  If I used the Moonlite, I can’t use an OAG, even the thinner ZWO OAG.  Measured backfocus with that and the filter wheel was over 125 mm.  The common consensus on the Celestron reducer is that the ideal backfocus is 105 mm (If you want varying opinions on this, there are plenty of topics on Cloudy Nights which argue this point).  Anyway, I’m going with 105 mm.  I actually tried to put a guide scope on the setup - just wasn’t happy with it and obviously at longer focal lengths, OAG is the way to go.

The Celestron OAG has a relatively large prism, so I can use the ASI714MM, which doesn’t work well with the ZWO OAG.

I have a manual 5 X 1.25” filter wheel here, instead of my automated 7 X 36mm wheel because I’ll mostly be doing either narrowband with my Triad Ultra (not generally on galaxies), where I just use a UV/IR cut filter for alignment, initial focus, etc. or I’ll be doing OSC broadband with the UV/IR filter.  Which I do is somewhat dependent on the moon. In either case, I really don’t need remote control of the wheel.  I can always switch in my power filter wheel if I find I want to do RGB work on galaxies.

So yesterday, I set everything up and got my guide camera and imaging camera reasonably confocal using my neighbor’s picket fence, which I believe he put up just for me to do focus work on.  I can do minor tweaks on guide focus by using the helical focuser.

The big change is the addition of the Celestron powered focuser.  I would prefer to use the Moonlite focuser, as I mentioned above, because I’d prefer to not focus by moving the primary mirror, but I can’t for reasons given above.  I installed the Celestron focuser, and I played around with it, and, after some initial glitches, it seems to work well.  We’ll see how it does under the stars.  I did set it up so the backlash compensation makes the final spin in the CCW direction, which is what you want with this OTA.  One nice thing about the Celestron as opposed to the Moonlite is that the cabling is relatively simple - just one USB, which I have going to the camera daisy chain.  I did find, as others have, though, that it’s good to also have a 12V power cable.  Theoretically, it can get power through the USB, but I had issues, as others have.

So now all I need is for the clouds to part. 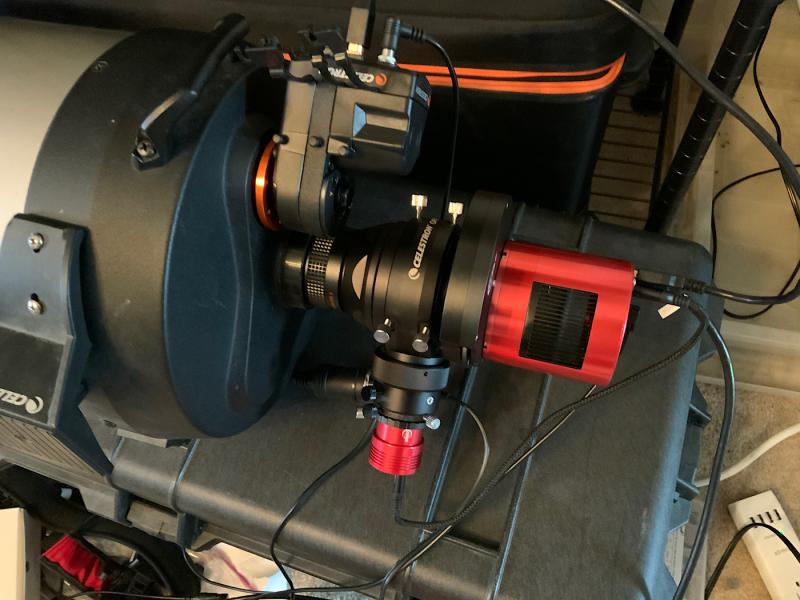 Okay, public service announcement.  Along with the well-known phenomenon of new equipment causing clouds, do not tempt fate by posting that your system is ready to do this or do that.  You are tempting the cloud gods.  Since I made the above post, and actually well before that so they must have known even before that that I was preparing, we’ve had not even a hint of a clear night.

Just an fyi... you have more space than you think. 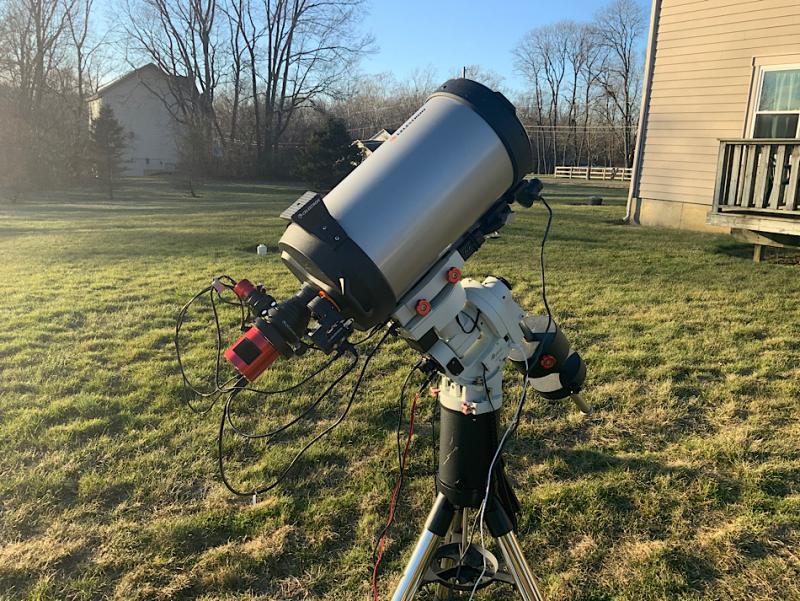 Had some issues with the wind and guiding. However, I was pleasantly surprised by the Celestron auto focuser. It worked very well.

Had some issues with the wind and guiding. However, I was pleasantly surprised by the Celestron auto focuser. It worked very well.

By the way, for anyone considering that focuser, one thing I don’t like about it is that unlike every other autofocuser I have, it doesn’t allow manual (as with your hand) focusing.

Going with the ONAG tonight.  We’ll see how it goes. 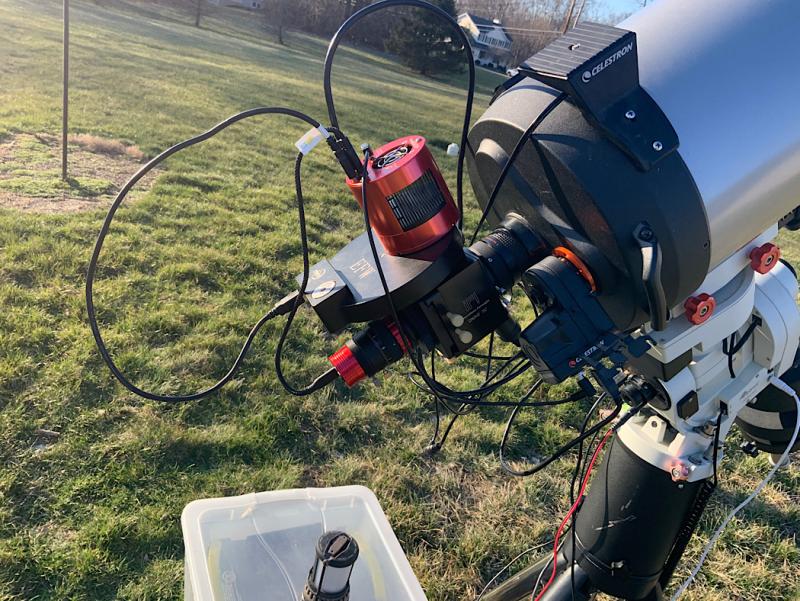 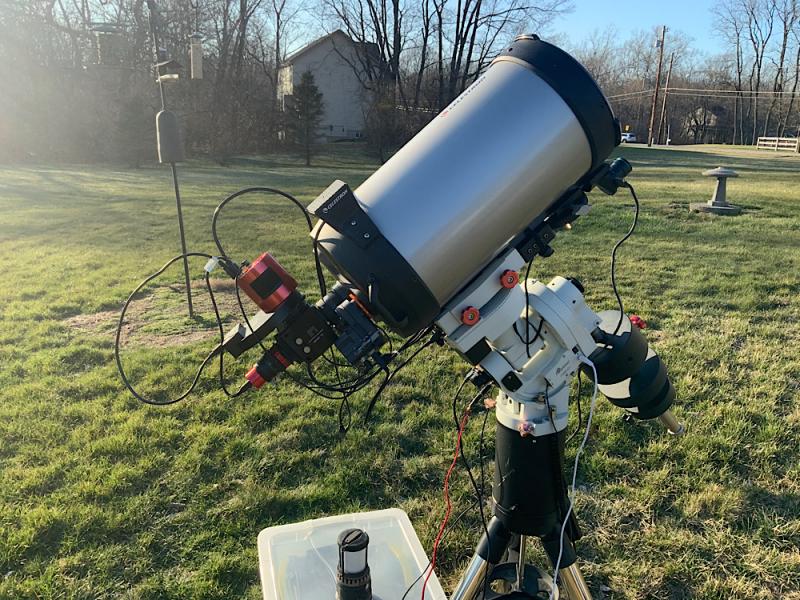