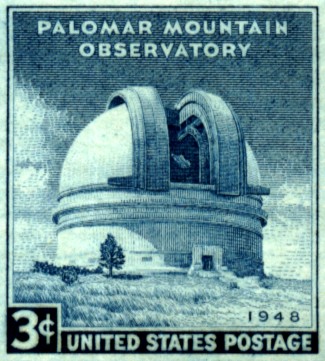 Where can I find light pollution maps ?

They must be on here somewhere

Here is one I use:

Francopoli beat me to it.

I use the same one as Dwight.

Not that it matters. I use a Light Pollution Filter all the time.

Can't beat it. So block it!

These maps are 'estimates' based on satellite data - as of a specific date - and an algorithm's assumptions about stuff like reflectance and mountain shadow. They are good guides, but need to be used with some ground knowledge too.

This link (https://www.lightpol...0FFFFFTFFFFFFFF) should get you to the current map centered on Binghamton, NY.

Notice the bright LP area just to the Southwest in Pennsylvania - located between Nixon PA and South Vestal, NY. That area is low mountains, almost 100% thick forest (with some abandoned farms), poor 2-lane roads, and very few people! Don't drive there with a near-empty gas tank!

So.... where is that light pollution coming from? Gas Frack'ing!! As of the last two years or so - it is gone (for now).... so, as of today, that LP 'patch' shown on the map no longer exists and the area is a 'green zone', or better. While the frack'ing was going -- it was pretty nasty LP-wise. You could watch tree shadows shift on the snow as the well flames flickered. On a cloudy night you could see the red shifting light on the cloud bottoms.

How has the change to LED streetlights changed the LP this map shows since the data was recorded? I don't know -- but I do know, when driving from the South down the hill (1,200 feet above) into the populated Susquehanna valley - for years I saw thousands of bare bright unshielded streetlights shining up at me. However, for the last year or so -- those bare lights are gone - thanks to the fully shielded LEDs - but the scene is now 'blue' not 'yellow' it is true -- but there are far far fewer directly visible lights seen from 1000 feet up the hill - and the area's population continues to decline. It will be interesting to see what the next version of this map shows. Now, if we could just get the high school to turn off the athletic field lights that they leave on 24/7 -- we would have some more progress.

I just wanted to thank everyone for the maps and comments. I didn't forget about you, I just came down with the crud.

Quite a few are based on population.

We have some small places with a population so it gets amber, but the place has no street lights and no light pollution to speak of. But the number of people takes precidence and they are Amber.

According to one map everything here (UK) seems to be 4 or 5. That includes center of cities and many miles away, so becomes a little pointless. If I recall the only "3" was the middle of the North sea, and even 3 was supposed to be reasonable light pollution.

So look at any you find and determine which one is the most appropriate for yourself. Treat all as a guide, not an absolute.

On this light polution map and site, how come SMQ values are only shown on the 2015 atlas and no where else?

anyone know, or know how to get accurate values from 2020?

Here is one I use:

The reason is that the two types of maps are apples and oranges and can not be directly compared.

The Atlas 2015 map shows the amount of light pollution presented to an observer on the ground looking up from a given point. That is exactly what an SQM meter measures. It makes sense to plot both values on the same map. The Atlas 2015 map shows the "predicted" best case lighting effects (as dark as it might get) on the sky whereas the SQM readings show what observers actually measured at those same locations.

The other maps are VIIRS maps which show where the light is coming from. They represent what an observer in space (or on the international space station) would see if looking down at the ground. No one to my knowledge has tried using an SQM meter to see what it might read looking down from orbit.

So, the VIIRS maps show you the source of the light while the 2015 Atlas maps shows you how that light affects the sky.

The VIIRS maps are updated constantly by satellites looking down on the nighttime Earth from space. The photos not containing clouds are then pieced together and measured to see how much light is being directed upwards from each point on the Earth. That is then presented as the VIIRS light pollution source maps.

The Atlas 2015 data is derived from those maps. However the process of converting one map type (VIIRS Light Source maps) to Atlas (Lighting Effects on the sky from the ground) is very compute intensive. A lot of super computer power can be required to map the light from each spot on the ground to the effects on sky brightness at all the spots surrounding it which determines how it affects the nighttime sky. The last time that (the compute project) was done was in 2015 using VIIRS data from 2013 and 2014. Their process is outlined in the project's published research paper.

It is a shame that such projects happen so infrequently (often by graduate students as part of a specific research project). I have always thought this would be a great case for an ongoing cooperative / distributed computing project along the lines of "SETI@Home" or "Folding@Home" where spare computing power (as from screen saver time) from thousands of idle computers in homes around the world are used for science. If such a cooperative computing project were to be done, we could probably have a new Atlas style map every other year or even every year. Wouldn't that be great!

Thanks for the clarification John. I'll pick me up a Sky Quality Meter, maybe the L version, this year. I've wanted one for ages.

With rare exceptions, such as new developments or municipalities switching to a different kind of lighting, light pollution doesn't change much on the 5- to 10-year timescale.

Incidentally, I think it's very unfortunate that lightpollutionmap.info has become so popular. With all its different layers, it's a source of huge confusion. And the reported SQM values almost all seem wildly out of contact with reality. Plus it uses a non-standard color scheme with fuzzy edges, which is hard to decipher visually.

I far prefer the Dark Site Finder, which is based on David Lorenz's 2006 map. The same one underlying the light-pollution maps in the Clear Dark Sky site, the most popular source for astronomy weather forecasts.

I wish the cities (names) and state lines were more prominent

I have an SQM-L and I've been comparing it with the numbers on lightpollutionmap.info. One thing to keep in mind about this is that light pollution varies throughout the night, and from night to night too. So for example, my measurement at 8 PM is almost always a lot worse than the map's estimate. However, wait until 2 AM and take another measurement, and the SQM could improve by quite a lot. In fact I took a measurement at 2 AM last night and the different from the estimate was about 0.01.

Of course, I'm not going to argue that the estimate can be consistently good or always right or whatever. Just pointing out that time of night can explain some of the discrepancies people might be seeing.

With rare exceptions, such as new developments or municipalities switching to a different kind of lighting, light pollution doesn't change much on the 5- to 10-year timescale.
.....

It certainly has changed significantly, rapidly, and over large areas in Pennsylvania with the coming and going of gas frack'ing. For 2 or 3 years the brightest source of light pollution in an area 300x300 miles or more, in Northeast PA - South-central NY, was the 'fracking fields' -- the sat images from those days show more light coming from an area of empty woods than the mid-size cities in those states. Right now - thanks to no pipelines and low gas prices -- that LP is gone. However - it can and will return. The experience in Western PA is -- they have to re-frack the wells far sooner than claimed. For some reason the gas companies think they need to brightly light the pumping stations and equipment storage yards, not to mention the drill pads when active. Add to that 200+ vehicle truck convoys snaking along 2-lane mountain roads -- mostly after midnight to lower impact on the residents (other than astronomers).

New York has dodged a "LP bullet" with the banning of gas fracking -- and more recently major pipeline infrastructure construction.

Other large areas impacted include North Dakota and Western Texas. Others?

(Light pollution) has certainly has changed significantly, rapidly, and over large areas in Pennsylvania with the coming and going of gas frack'ing.
...
Other large areas impacted include North Dakota and Western Texas.

True, that's an excellent example of sudden change in light pollution. Industrial lights can change radically over a very short timescale, much more so than residential or commercial.

The SQM indicatives on https://www.lightpollutionmap.info are a best case scenario in my experience and only reflected in true meter readings on ideal nights.  But that's ok providing we realise this.  Personally I find it a fabulous resource.  For the record we have found the darkest readings to come very late in the night - as stated above in one of the posts - and in late winter and early spring (at least for the two years we have been running our dark sky survey).

Back to Light Pollution