IC443 is a gas and dust cloud, a galactic supernova remnant, originally thought to have occurred 3,000 to 30,000 years ago. The supernova left behind a collapsed stellar core in the form of a neutron star, CXOU J061705.3+222127. More recent optical and radio frequency studies revealed three different subshells in the nebula, each with a different radius and center of curvature. The oldest, which is the outermost, dates back to 100,000 years. Expanding shells manifest sharp density gradients due to complex interactions with a large surrounding molecular cloud. Dark regions in the middle of the nebula are due to light extinction by the foreground regions of the molecular cloud. The Jellyfish Nebula is approximately 70 light years in diameter, and 5,000 LY distant from Earth.

The location of the neutron star supernova remnant is marked with an X on the second attached photograph. Its eccentric position near the southern edge of the nebula is caused by the star's unusually rapid motion relative to the nebula. The high speed of 800,000 km/hour is thought to be due to its high initial proper motion through the molecular cloud, as well as an asymmetrical ejection pattern during the supernova event. The neutron star is not visible in the optical band, but is very prominent on the attached Chandra's X-ray image, where it shows a comet-like wake of charged particles as it tears though superheated plasma. 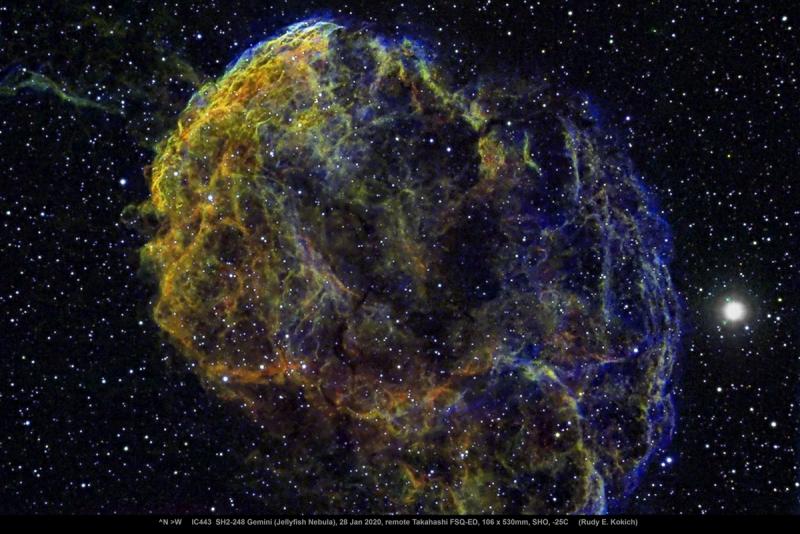 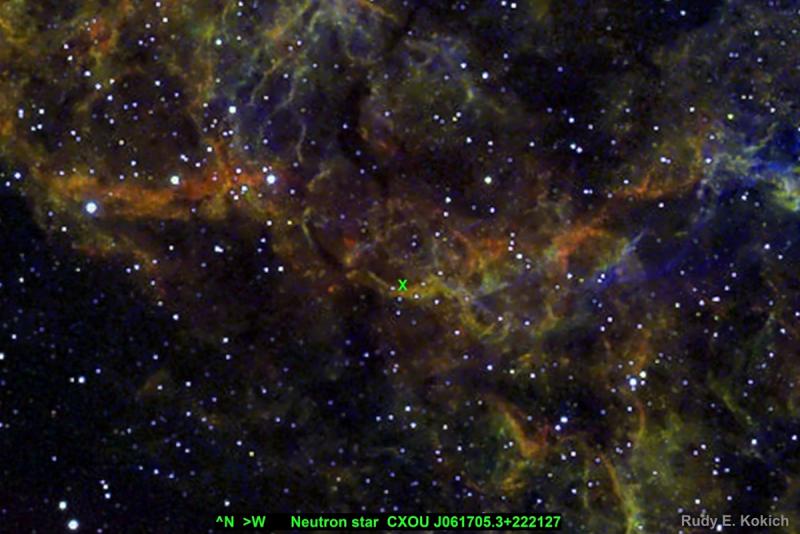 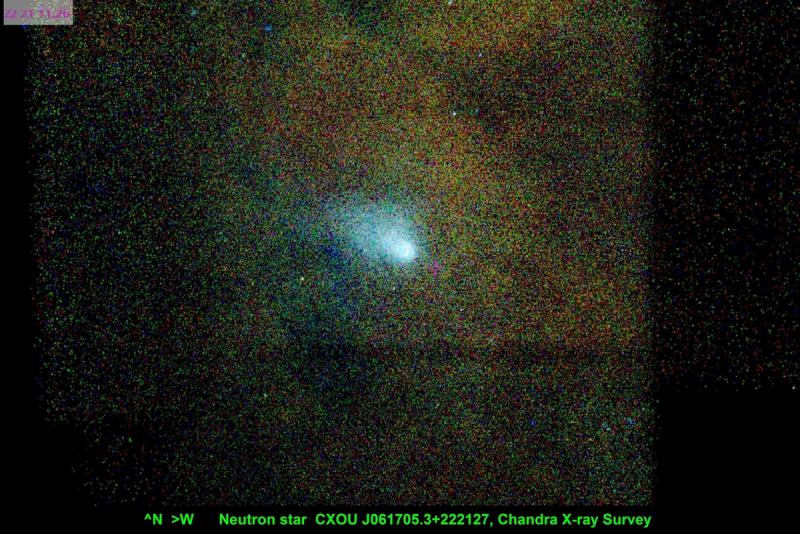 Outstanding.  What camera are you using there?


Also tagged with one or more of these keywords: astrophotography, ccd, CMOS, dslr, dso, imaging, refractor