I took the previous Optolong LE Enhance QHY168C image taken on the RASA 11" & layered 120 60 second subs captured with the Atik 460 EX using the Astrodon/Celestron LPR filter again on the RASA 11. This has given the image a nice lift and seems a good combination for smaller objects. I would have liked more L data but the weather did not play nice so I worked with what I had. The field widths are very different between the 2 cameras so I registered the smaller Atik image against the QHY168C image.

The colours are interesting as the Optolong filter captures HA & OIII so I was not expecting RGB but I think its quite different. The new camera with the IMX455 sensor will give me a chance to play more natural RGB.

I also did a similar capture with M51 but caught 300 subs so I will try the same technique again on the recent posted M51 image. That has nice colour so I hope the L will enhance that as well.

As always let me know what you think. M33 is as surprisingly difficult target from light polluted Bortle 9 sites. 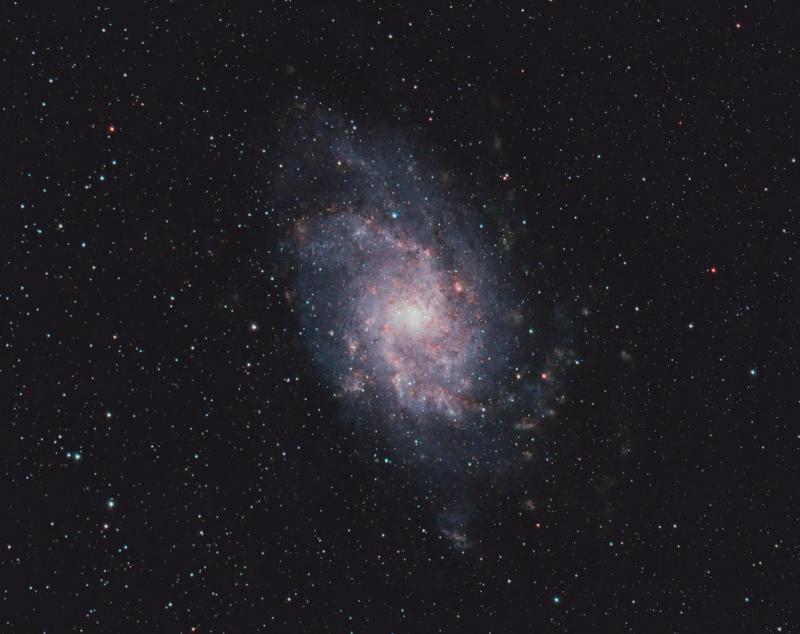 Nice Details Mark. Looks like you have been a very busy guy! Keep them coming!

I agree, looks good to me !

very beautiful to look at, very well balanced and the colors are superb.