I recently had to replace a shutter cable on my Exploradome.  Tensioning the cable is a major PITA, and part of that process is the orientation of the stop nut on the cable.  I obviously had more patience five years ago when I originally installed it than I did on the recent repair.

This photo shows the position of the tensioning spring and stop nut when the cable is relaxed in the closed position. 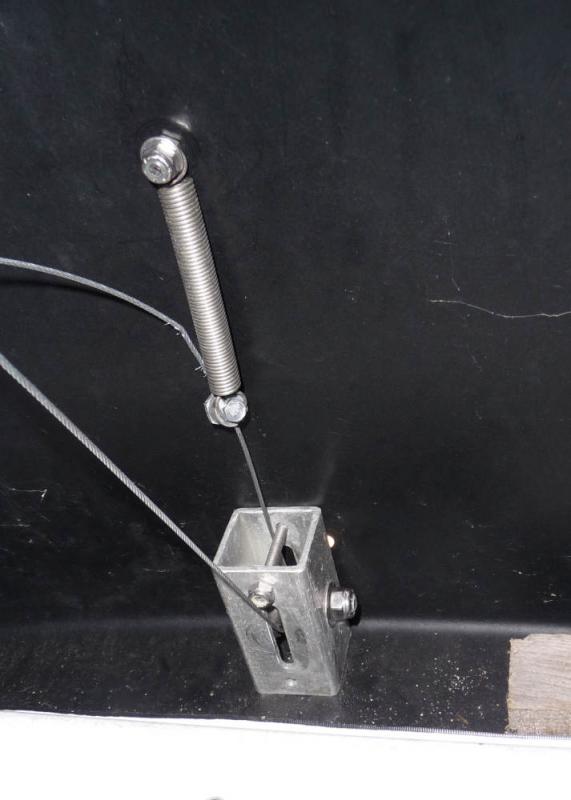 This photo shows the cable when tension is applied to the cable to open the shutter. 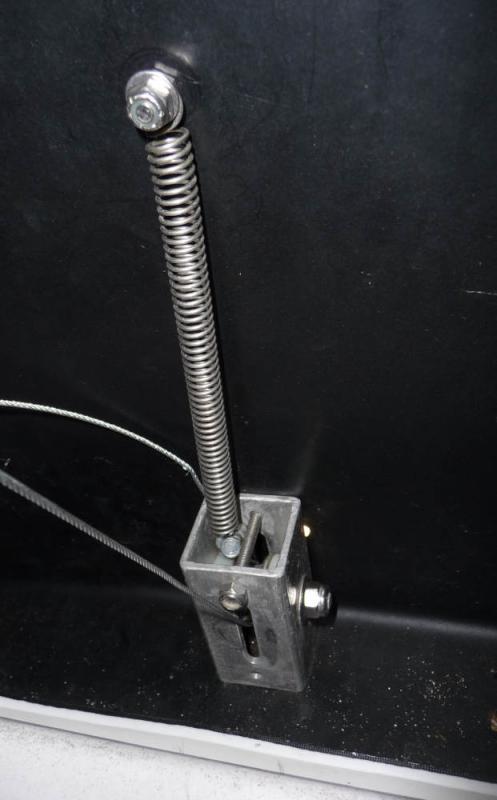 The stop nut gets pulled into the pulley housing and jams against the pulley, at which point the shutter starts to move.  That is normal operation.

The problem is that, unless the orientation of the stop nut on the cable is "just so", it can jam behind the screw that mounts the pulley housing and not release the spring tension.  When that happens, the cable is four inches too short.  The combined force of the closing cable and the weight of the shutter caused the cable to snap.

The good news is that the shutter finished closing under its own weight.  The bad news is that it won't open now, until I replace the cable.

I know that no two Exploradomes are the same.  The hardware that was shipped to me did not match the several-versions-earlier instructions, so I had to figure out the installation myself.  I might have gotten it wrong.

I need to prevent the cable nut from getting jammed under the mounting screw.  I thought about mounting the pulley housing so that the slot that currently faces inward points upwards, and then using the slot to stop the nut as tension is applied.  I would have to cut some length off the housing to make it fit under the lip of the shutter. On the other hand, the slot kind of looks like it was designed with that in mind; it just didn't fit in that orientation.  It would pull on the lip to open the shutter, and I am not sure that that is not a good idea structurally.

Or I could put some sort of cover over the open end of the pulley housing.  It would have to be strong enough to support the weight of the shutter.

Or I could look for a much larger cable nut that won't get pulled into the housing.

Does anyone else have this style of cable attachment?  Any ideas on how to prevent the cable nut from getting jammed in the housing?

Don't have one of these, but from what I understood. I would put a plate over the pulley mount with a hole in the plate for the cable. There would then be no issue with the nut orientation.

I agree with Chuck, but perhaps a full plate wouldn't be needed. A simple small L bracket attached at one point on the side, positioned over the housing opening, and with a simple slot/hole in the tip would guide the cable and prevent the nut from travelling down into the housing. A plastic grommet of some sort mounted in the tip of the bracket would ensure that the cable would never suffer any damage.

Should be simple to add something like this. One hole drilled in the side of the housing, and two holes in the bracket. A small bolt with a nut mounting the bracket to the housing (with a small low profile head mounted from the inside out so as not to foul the cable at all) and the grommet/guide in the hole in the other end of the bracket.

What I ended up doing was cutting 1/16" off each end of the pulley bracket, so it would fit on the lip of the shutter.  Now, both ends of the cable run through the slot, which will stop the nut. 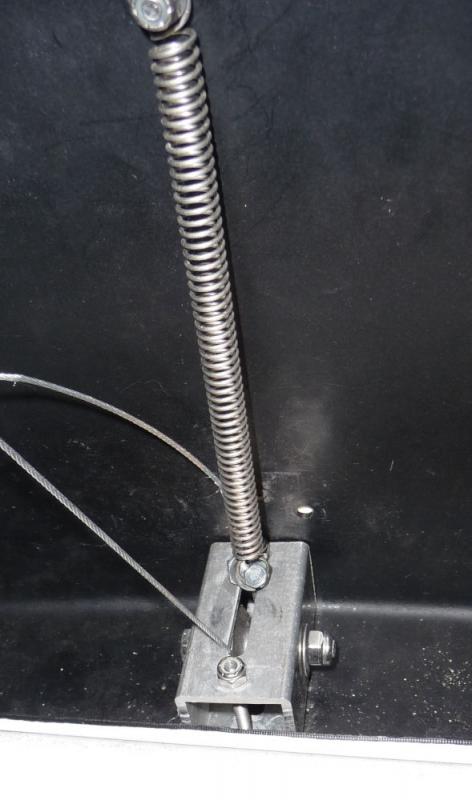 I'll pick up some more cable at Home Depot tomorrow, and hopefully have the dome operational in time for the cloudy weather later this week.

Great solution! I to was thinking about a plate or washer that allowed the cable to move through but stopped the nut before it got to the pulley housing.

Your solution is simple and elegant, pity the folks at Exploradome didn't think of your solution when they designed the mechanism.

pity the folks at Exploradome didn't think of your solution when they designed the mechanism.

Who knows, maybe they did.  The hardware they sent me didn't match the hardware in the instructions, so I had to guess what went where.  I went with what fit.  There was no telling what they intended.

I watched a video yesterday of a guy restringing his cables.  It looked like he had the same hardware as me.  But the pulley I put at the top, he had at the bottom.  And he had mounted the top pulley, possibly the one I have at the bottom, on the outside of the shutter (???!!).  With the vague instructions, I am guessing there are lots of variations.

You must have put a lot of force on the cable, on my homemade dome, the motor / cable will pull the brackets out of line if overdriven. 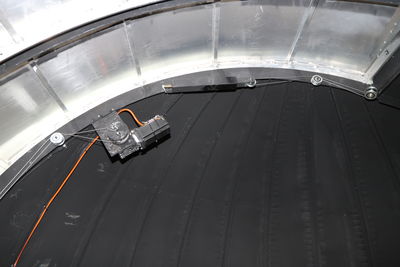 I think it would be better to break a cable than pat of the dome, it is a pain to drag the welder into the dome for repairs!

You must have put a lot of force on the cable, on my homemade dome, the motor / cable will pull the brackets out of line if overdriven.

I think it would be better to break a cable than pat of the dome, it is a pain to drag the welder into the dome for repairs!

The breaking strength of the cable is only 95 lbs.  The other components are all heavy-duty, so the cable is the weak link.  I agree that it is better for the cable to fail first: that only requires a trip to Home Depot and a couple of days' work.

I had not followed your cable issues for a while, what a PITA and glad you have come up with an elegant solution. The old climbing rope I use to open my RoR has a breaking strength of 5000 lbs new so if I break it I really have to go on that diet I have been thinking about.