I would share here my february observations with you.

It's been 3 years since I tried to decipher this galaxy at the eyepiece to see a little more than just a blurred spot. Without success. Why the bear paw name? I just took advantage of its current position near the zenith in the evening to peel it with help of my NV cam.

It is a magellanic galaxy located 22 million light years away, in the shape of a bear paw or a horseshoe with several nodes corresponding to areas of activity, one of which is very bright.
EAA observation of february 23, with SiOnyx Aurora NV camera in afocal mount on a 16" dobsonian behind a 9mm Nagler eyepiece, good conditions of seeing and transparency. Drawing on black Canson paper with dry and wax pastel pencils. 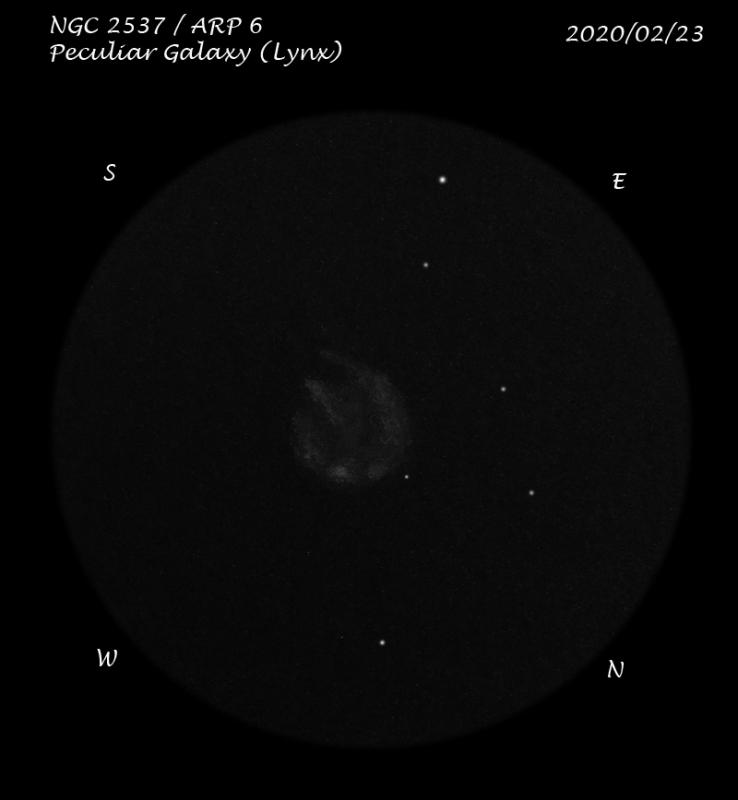 The Eskimo nebula is a classic planetary nebula in the near spring sky. With help of EAA, I was trying to underline a bit more as I usually could see at the eyepiece.

EAA observation of february 14, 2020, with SiOnyx Aurora in afocal setup behind a 9mm Nagler eyepiece, on a 16" dobsonian, good conditions of seeing and transparency. The picture was drawn with "Albrecht Dürer" Faber Castel wax pastels on a black canvas, of which the weft remains apparent. 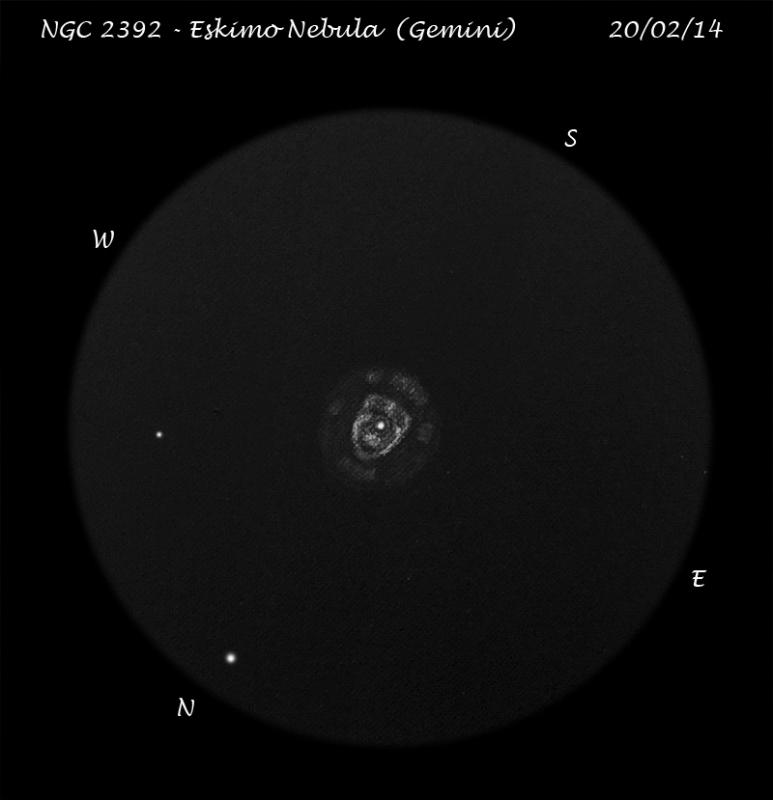 M46 is an open cluster of nearly 600 stars in Puppis. It is beautiful, because one of its stars seems to have bubbled on the edge of the cluster, so much so that we are waiting to see a second bubble! Bad luck, NGC 2438 planetary nebula is in the foreground and is not part of the star cluster. But the nice show remains. 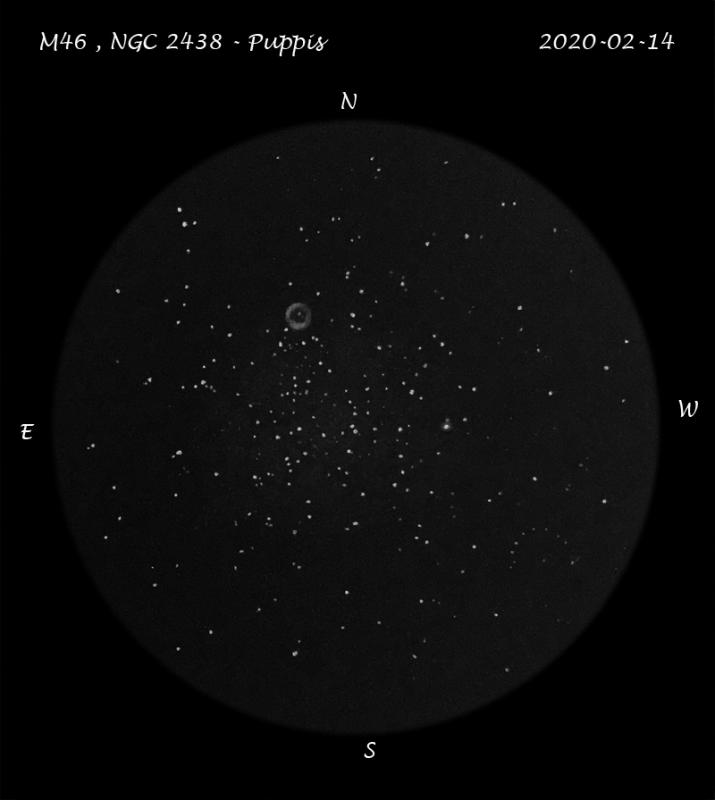 very pretty, you have a lot of talent.

Three beautiful sketches from the winter nights in the northern hemisphere.

So a galaxy, two planetary nebulae and an open cluster.

Very nice sketches.  Excellent detail in the eskimo (to me it just looked like a circle in my scope) and I love the planetary nebula and rich star field of M46

I agree, visually the Bear Paw is hard to decipher. You've captured more detail, in all the objects above, than I have any hope of seeing. But, I was happy just to see what I could see. Your sketches and the advantage of larger aperture and NV are nicely done. 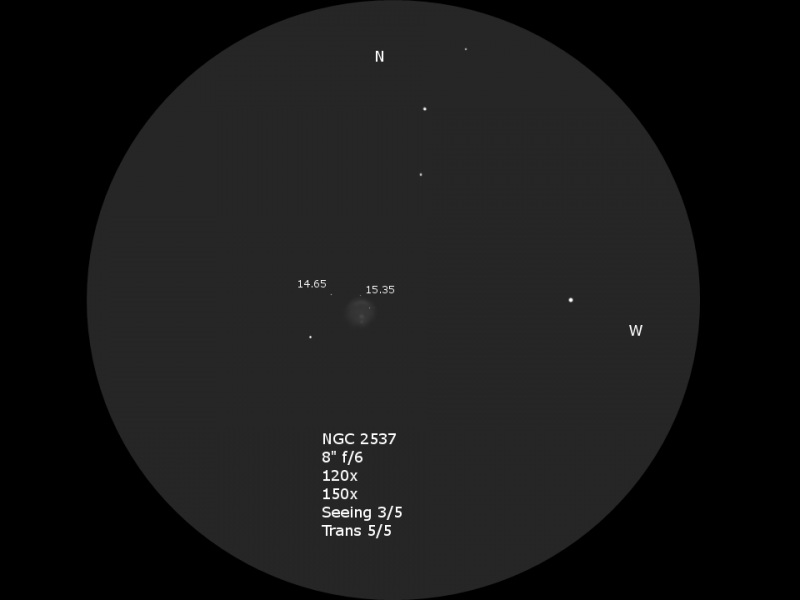 Thanks to all, James, Frank, Chiron, Ivan, for your good words.

Special thanks to Norme for your compassion about the Bear Paw.

Enjoying them all, my favorite was your sketch of M46 including the planetary NGC 2438.  Thanks for sharing.

Thanks for sharing your beautiful sketches.

Francis, does your telescope have tracking?


Also tagged with one or more of these keywords: dob, dso, EAA, sketching