Was talking with the wife about the good old days when our gang would attend ALPO meetings at various places. One such meeting stands out and that was when we met in Pasadena, California in August 1989 and were invited to JPL for the Neptune flyby get together.  I remember Chuck Berry and Carl Sagan singing a duet of “Johnny B. Goode" that was hilarious.  I wanted to meet Chuck Berry but he immediately put his guitar in his case and left the stage, as usual.  After 30 years the old memory is foggy, but that was a great to watch first hand that flyby and two guys who left the building: 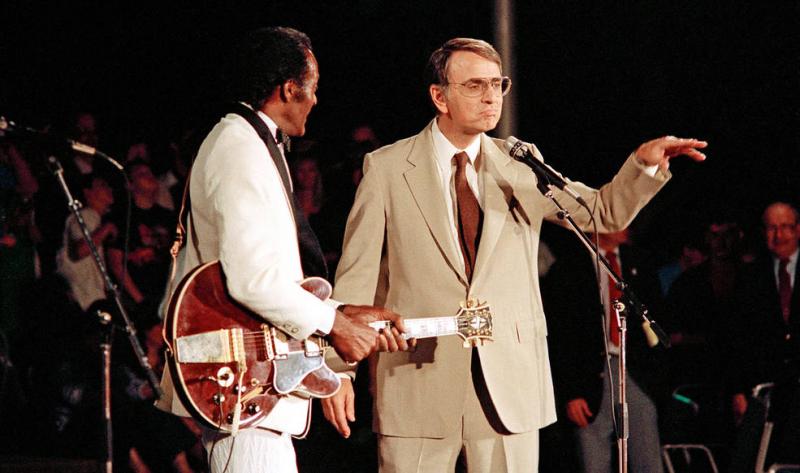 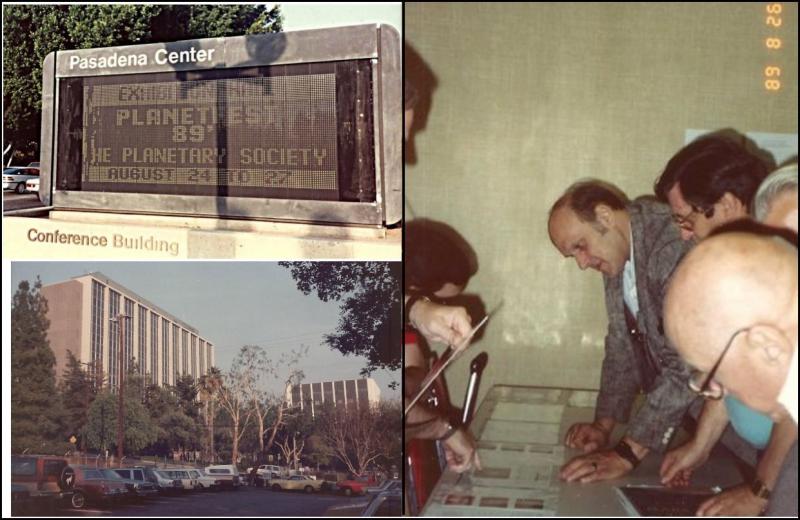 ....but he immediately put his guitar in his case and left the stage, as usual

Yep, that was Chuck Berry.  Grab the check and go.  I'm sure Sagan was more gracious.

Miss them both, but I miss Carl more.

It must have been sometime in 1980 when I first met Carl Sagan, maybe out in Tucson at an ALPO meeting when we honored Clyde Tombaugh for the 50th year since he discovered Pluto.  Man, Don Parker and I were in some heady company then and felt like not telling our usual jokes.  Having been friends with Chick Capen and Leonard Martin for several years we met some neat well known Mars aficionados, but Sagan and Tombaugh were special popular figures.

He would show up at meetings we attended after that and then helped us plan the Mars Observers Handbook for the Mars Watch '88 Science Advisory Council of The Planetary Society.  Sometime after Capen had passed on we had lunch with him, after he did a lecture on "nuclear winter" in downtown Miami.  He and Capen were close friends and worked together on Mars projects over the years.  Both Don and I felt like we had become his friend, but somewhat intimidated by his continued fame and glory.  He was actually a down to Earth type and told similar jokes as we did.

Yes, he was missed after his death and also I miss his articles and books.  He had a unique style of story telling.

I really wanted to meet Chuck Berry since listening to him on WLAC radio from Nashville, TN during my teenage years.  They would play his tunes as far back as 1953, before his big time fame in 1955.  As a fledgling guitar picker when playing his guitar licks and riffs people paid attention.  Also easy to play, but always recognizable copy of the “Father of Rock and Roll.”