This was my first attempt at imaging a comet. I didn't think it would be so hard, but I was wrong. I used SGPro and then went off to DSS and used the first 2 options. Stacked the Stars as they were, then isolated the comet. Then off to Photoshop. It took me a couple of days to figure out how to get rid of the star trails but eventually I found that "Dust and Scratches" under noise helped a lot and then Ihad to neutralize the isolated comet. I then Took both images of the stars and comet and put them together in Screen Mode for the layers and came up with the below image.

And right now as we speak I am hoping the skies clear up to get another crack at it.  I plan on doing a bunch of different nights and come up with something neat at the end so you can see the different stages as it approaches and waiting for a tail. Anyway Thanks for Looking 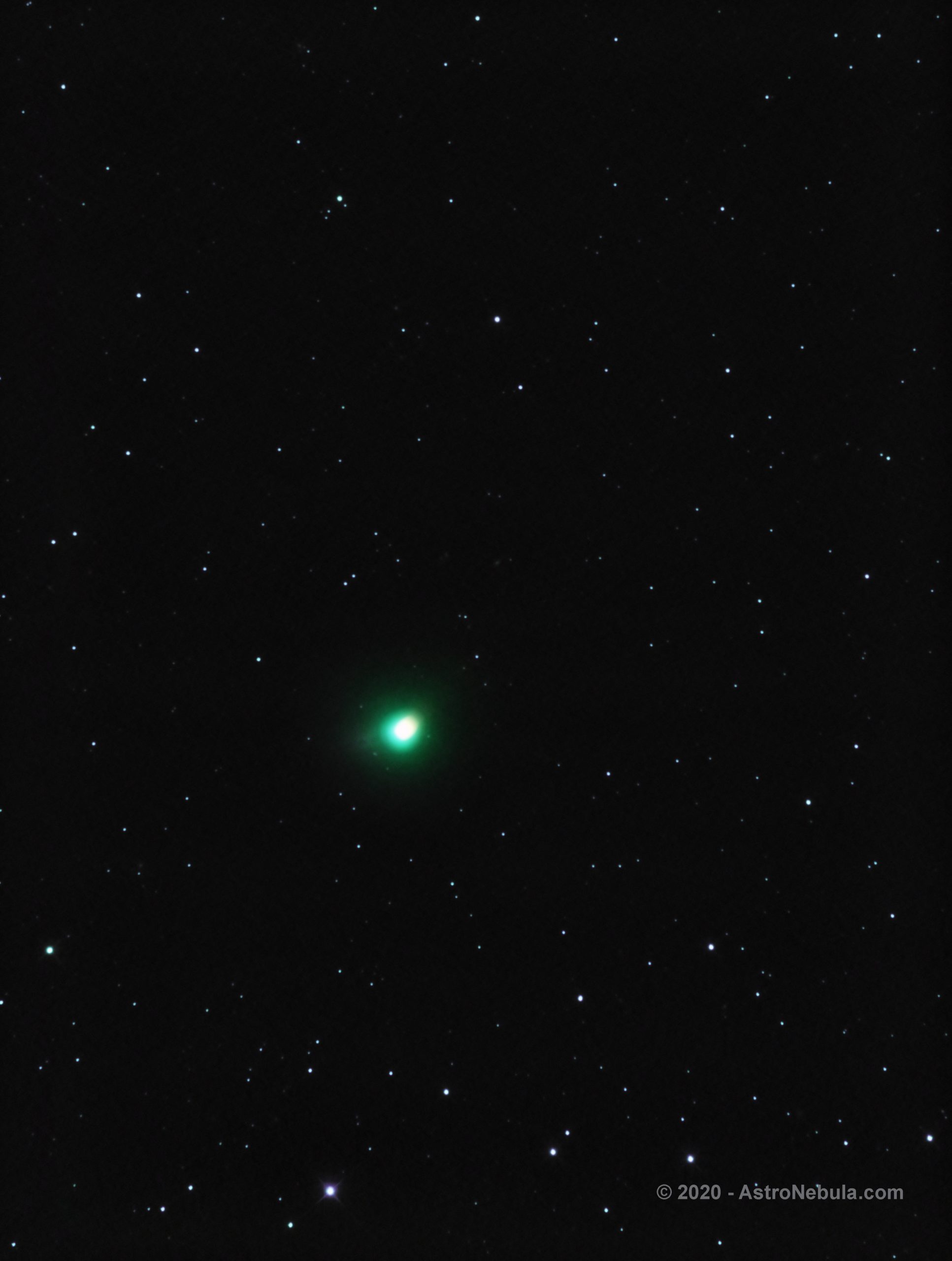 Thanks for showing. Nice colored comet.

Nice. Thanks for sharing.