A tale of two films

A few years ago, my experience in solar viewing was limited to an AR102 with a herschel wedge and a baader solar continuum filter.  It was OK, sunspots were very good, surface detail (granulation and faculae) were disappointing.  and of course, NO PROMS.  Got some money together and as luck would have it, a Lunt 80 SS came up used in the classifieds and I was first inline.  AMAZING!  surface detail, proms, everything.  except sunspots.  no big deal.  Sold the AR102 and wedge and the SC filter.

Well, after a while I started missing the sunspots, even though by now we were at solar minimum.  I started thinking, I have this C6, buy a white light filter, another SC filter and I'll be ready when those darn spots start showing up.  Found a used double stack SC filter and snagged it but still indecision about the front end.  Baader film has the most recommendations but I hate those holders they come with.  Celestron carries a brand called EclipSmart with a very nice holder but what kind of film is it?  turns out it uses thousand oaks film (or something extremely close to it) so what to do.  After Christmas, there was a sale and the EclipSmarts went on sale and I bought one.  took a while before I could try it (sometimes in the winter we go 2 months without seeing the sun in NE Ohio) but finally got to try it out.  Orange...  can I see surface detail?  maybe, maybe it's my eyes sending false signals to my brain.

About this time, we had a project at work that the Engineers wanted to filter some strong Xenon light sources and were having trouble coming up with a suitable material.  welding glass didn't do it, polarizers weren't acceptable for some reason so I suggested they look into solar film.  They called around and ended up ordering a 12x36" sheet of Thousand Oaks film and tried it.  Mgmt didn't like the orange color so another thing tried and failed.  Except the Engineer who I had suggested it to then gave it to me since it would never be used.  I happily accepted.

Now, here I am with spare thousand oaks film, a nice holder for the film but no way to compare with the top rated film.  online to order some Baader visual grade.  A little pricey but I ordered enough for 2 6" filters and maybe a bit more. the Baader film came, we had some sun and and lo and behold a sunspot from the new cycle!  looked through the Thousand oaks film (still in the EclipSmart holder) and the spot looked pretty good.  could see a bit of definition but the skies were not being good and seeing wouldn't let me go above about 50x.  still, it was something and now I had a spot to do comparison with.  at this point I will say that comparing the Thousand Oaks to Baader, the Baader is much thinner, very thin in fact to the point when you are handling it, you need to be very careful.  the Thousand Oaks on the other hand is many mils thicker.  and this becomes apparent when viewing as well.  anyway, I had a spot so I had a baseline.

Enter the razor blade and replace the Thousand Oaks film with the Baader.  Glue the Baader to the EclipSmartholder, then make a retaining ring for the back side, glue that in place (I'm paranoid), then take some adhesive backed black felt and cover the ring and the seam in case any light leaks develop.  go outside. 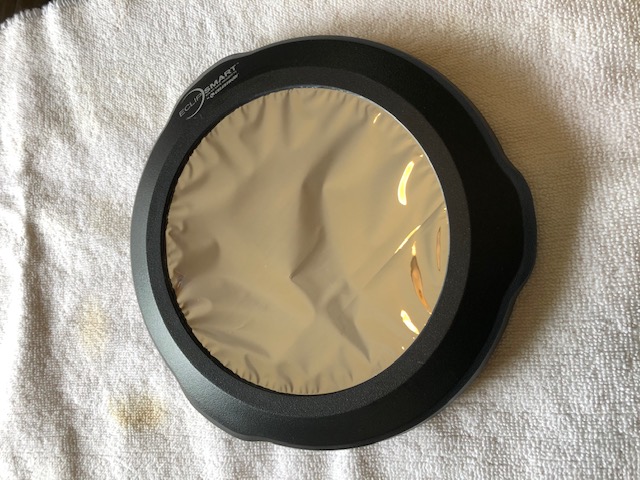 Ok, so now I'm thinking, I should have another holder with the Thousand Oaks film so I can exchange filters rapidly before seeing conditions change.  so, the hunt for materials to make a holder for the extra TO film I have on hand. the film holder is posterboard and corrugated cardboard, secured with double back tape and high temp furnace tape on the outside, and then joined with a ring cut from a black plastic bucket (one of my favorite ATM materials). 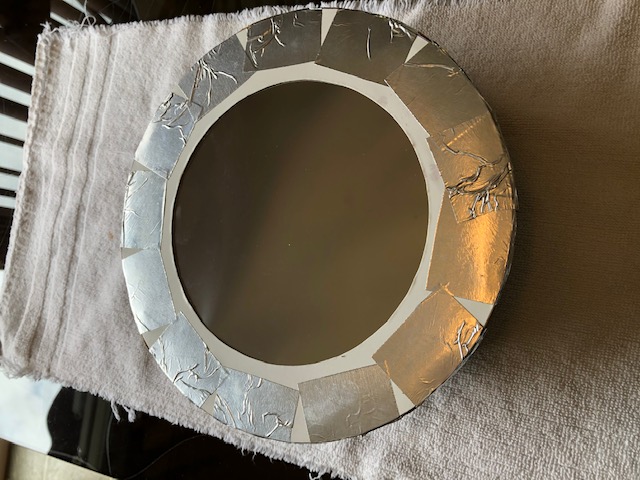 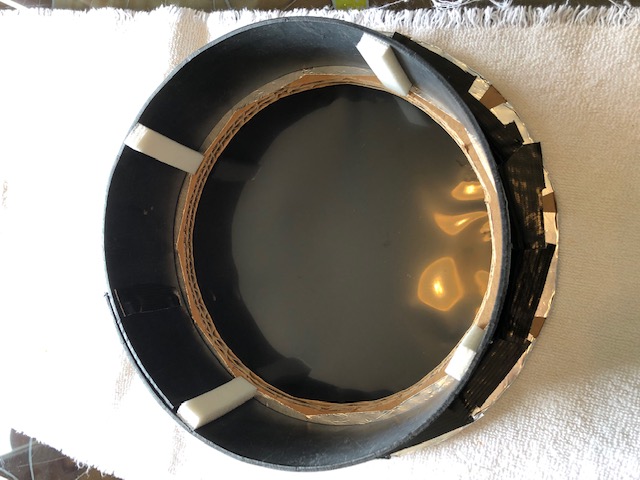 Next, I found that the Baader, while seemingly able to produce better definition, was a LOT brighter.  if you don't have a solar continuum filter, you probably need to use a ND filter to bring it down to a comfortable level.  and yes, I had the Visual Grade, not the Photographic Grade.  the Thousand Oaks is much more comfortable to use as is.

so, looking for details, surface features, something to compare...  eventually, while using the Baader, I was able to find some faculae and by relaxing my eyes, could see some localized granulation.  Yes!  swap out with the Thousand Oaks...  not discernable.  back to the Baader, not easy to find, but it's seen with direct vision.  back to TO, nothing.

Over the course of 2 hours, I went back and forth, with the Baader and Thousand Oaks, with the double stack SC and without, 32mm, 30mm, 26mm, zoom, and my results (your may vary with your eyes and your equipment and your skies) is that the best combination for white light detail was the baader film WITH the double stack Solar Continuum filter.  the SC filter doesn't make a lot of difference, but the color change from white to green seems to make details, particularly granulation, more easily seen. the Baader film, for me, produces details that cannot be seen with the Thousand Oaks. but the Thousand Oaks film is very pleasant to use - the orange color, diminished intensity is easier on the eyes than the Baader film, either with or without the SC filter.

I even had time for some proms with the Lunt

Very good comparison Mike. You could use a yellow-orange filter with the Baader film if you like that presentation ala the TO filter better.

The green color the Baader Continuum filter is ideal for refractor telescopes, as both achro and APO designs are best corrected for spherochromatism at ~ 540 nm (the e line). 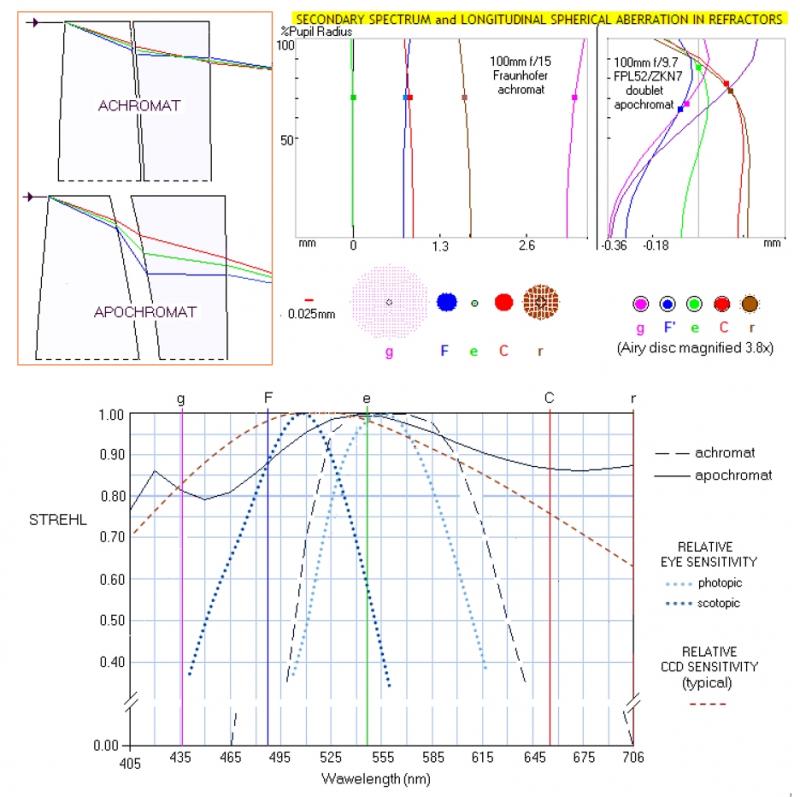