One of the things I did since last November is to finish scanning and logging my astrophotos in a spreadsheet. 576 entries excluding the multiple planet shots not worth anything because of bad seeing nor the 2 nights exposure log entries that got negated due to the film not advancing. 2 nights of film are missing, but the original darkroom prints are in my albums. Only one of my photos survived since my childhood in 1971. The negatives from that era were destroyed by one of my teenage sisters filling the tub and leaving it 'for a minute'. That overflow leaked down into the darkroom and destroyed my negatives in their glassine sleeves. Remember those sleeves that yellowed with age?

The range starts from the one in 1971 to several star trails in 1978 and 1983 in 3 locations. The guided shots started with the buying the 10" Meade Newtonian with the astrophoto package in 1984. That scope has been severely modified since and is still used. The JMI 18 came in 1991 bought used with a 17.5" Jerry Wilkerson re-figured mirror in it. That was changed to a full sized 18" mirror later. The cameras used was a thrift store box camera in 1971, Olympus OM-1 and a Mamiya RZ-67 medium format camera. Various lenses were used by the OM-1 and RZ-67 bodies for constellation shots. I used these shots to find nebulae to shoot with the 10" and later the 18". Recently I stitched the summer milky way images together taken from the RZ-67 body with a 110 mm at F/2.8 lens. That lens was used in some of my CCD shots with a homemade adapter at F/5.6. That camera, accessories and lens got stolen several years back.

These images were scanned full frame with a 16 bit depth with the setpoints a little beyond the saturation and black. Processed in Photoshop for cleanup and final tweaking. Pixinsight for the odd background gradients and deconvolution sharpening. A lot of surprises found that the darkroom prints didn't expose! 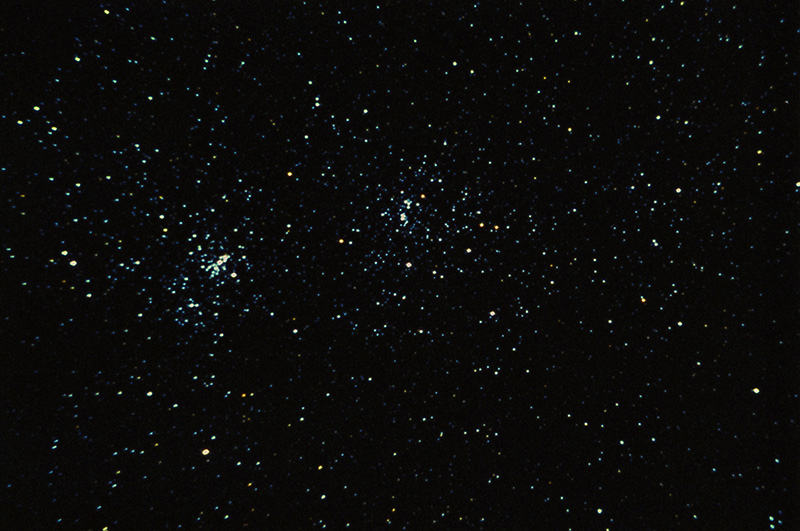 This with a low profile helical focuser installed. Lumicon field flattener and sky pollution filter. 7/25/1990, Kodak VRG 400-2, 20 minute exposure with a Beatty Intenscreen focusing screen added to the OM-1 with a magnified finder from Spiratone. 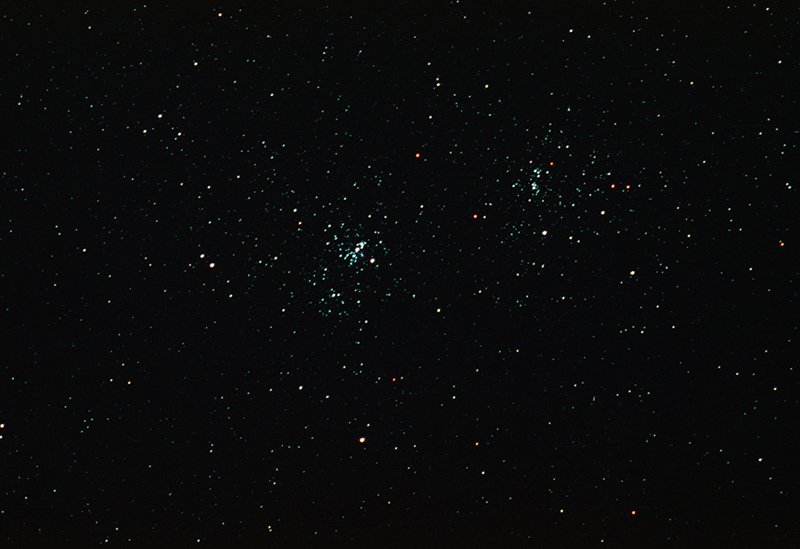 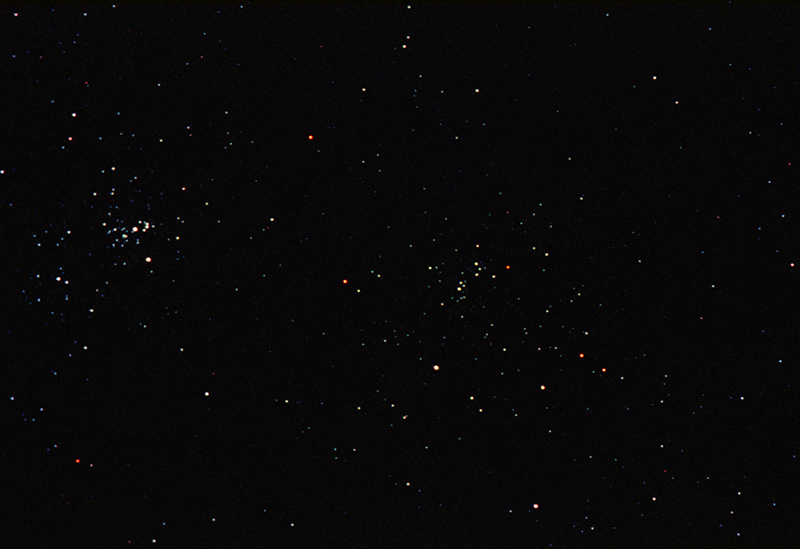 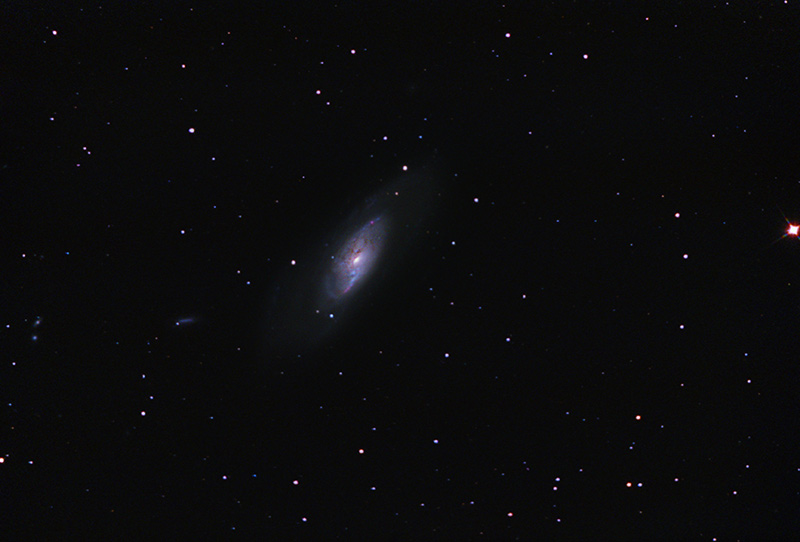 That is a fantastic shot of M106! Your Milky Way mosaic is stunning as well.

Thanks for the complement. The winter part of the milky way will be done later. Also not mentioned that this catalog is in 2 versions. One is in object catalog number order with date and time second, the other is in date and time order. I find patterns in both versions.

A lot of images was on the certain bright same objects due to testing of new film emulsions. This was a nightmare starting around 1986 when the film manufacturers improved their emulsion characteristics for professionals and the regular consumers. The film emulsions did not change much for 20 years before that. When they changed the emulsions, the pros were complaining that they had to change the filter formula in their enlarger filter drawers! They had to get new set of filters! With astrophotography, this caused some good and bad results. At first, I was going as long as 90 minutes for an exposure with the old Kodacolor emulsion. Later it was 24 minutes max for the same object before skyglow was becoming a problem. Other times it was the color shift difference reciprocity over time exposures of the 3 different color layers.

After that most of these emulsions were discontinued or changed to a later version with the Ha emission line response cut off. Even the venerable Tri-X was changed to be continuum. It had a dip in the green mercury emission line for developing this negative using a green Hg safelight. My uncle worked for Kodak and he gave me tips on reading the old version numbers on the edges of the developed film. He gave me his old film reference book with the emulsion and developing chemical characteristics. At that time the specs mentioned the "cutoffs in green" or "red sensitive" for example. No curves. That book was already outdated when he gave it to me.