As the owner of the much less expensive Criterion RV-6, and an RV-8, (having gotten some good planet images out of them too) there was a telescope that I was looking for almost daily for years and years (but didn't think I could afford even if I found it) on CN, Craigslist, EBAY and everywhere else (looking maybe for 12 years-ish?)  One guy who is on CN even once promised me years ago that he'd deliver a 10" on a trip down the coast of FL (he broke his promise.)  Maybe about a year ago or two ago I pretty much threw in the towel on ever getting a Dynascope, but checked periodically on those forums just in case :^), but I was pretty much resigned that I would never find one.  Then, out of the blue, last night I got a call from a woman I've known for years (but hadn't heard from in as many too) she asks me would I like to come get a telescope that she has.  I had already said yes, and then she said it was a Criterion, and I was like wow (in my head) and then she said it was a 12 inch, and I was like OK, she probably measured the OD and it's really a ten (but I was still elated and was thinking, my luck couldn't be that good, nobody in the entire Universe knows how much I want one of these, what are the odds of one finding its way to me? Really!!!)

She had tried earlier on to bring it to the dumpster at the storage place but it was too heavy.  She left it in the hallway at the storage place and somebody complained that it was blocking the way.  Thank goodness her husband told her to bring it back into the unit, and I am so thankful that she remembered me and called.  I'm told it was originally from a well-known affluent family in South Florida, and had been left outdoors (sideways) for a long time by the subsequent owner.  Then it was brought up here to storage near Daytona Beach.  Today I picked it up where it was left for me, not far from the dumpster. :^)  I'm picking up the mount this weekend (hopefully).  It's the big HEAVY observatory one!  I'm told it will need a lot of work, but so will the rest of the scope as you will see in the following images, but I look forward to the adventure! 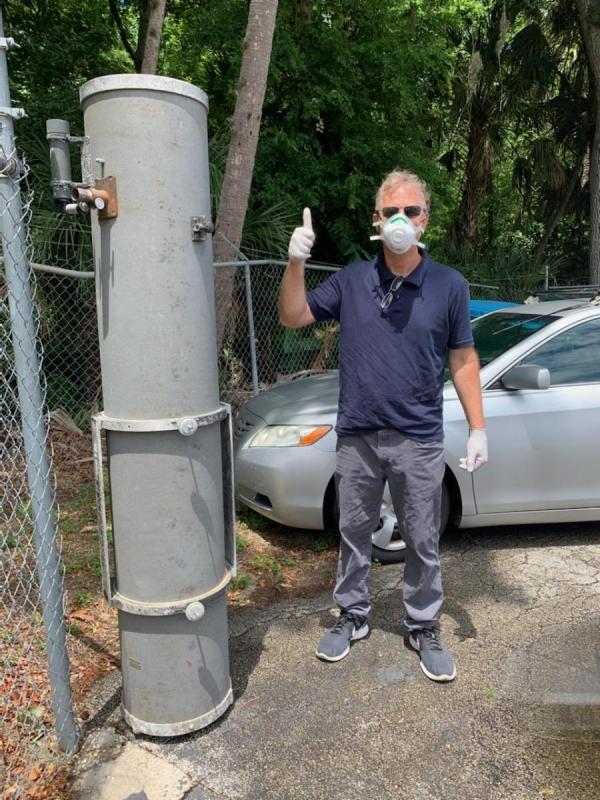 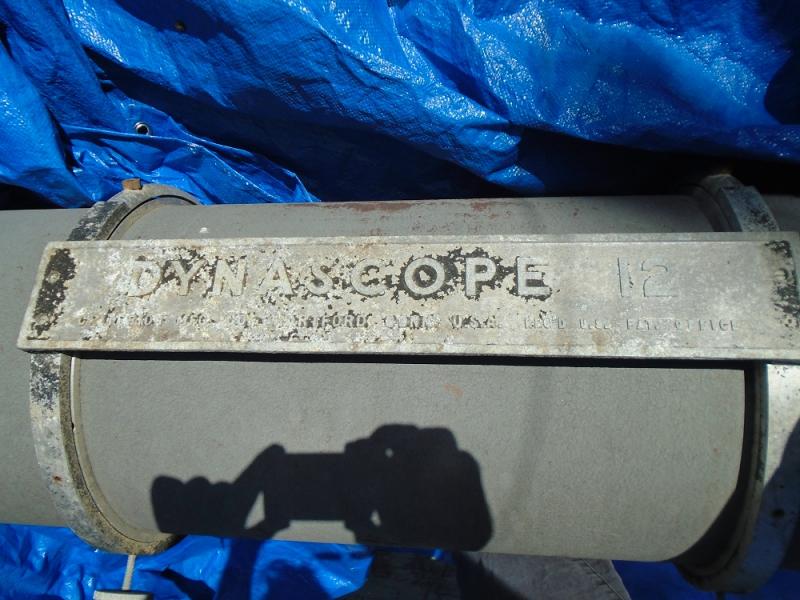 The tube is very light! (mirror is heavy)

Original vanes, considering everything, the mirror looks O.K. (the spiders like it too), original blackening in tube looks much darker than in this shot, and it looks worse here than it actually does. 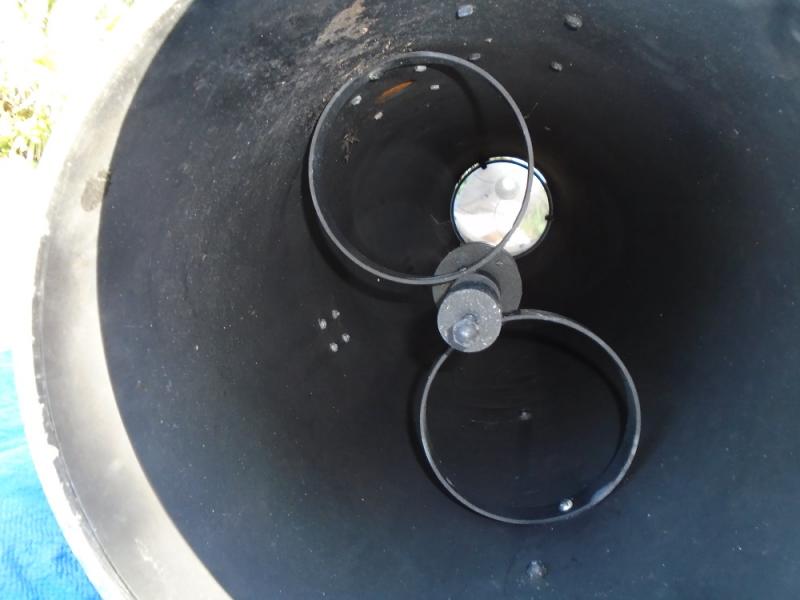 Counteweights good, no cracks in knob. 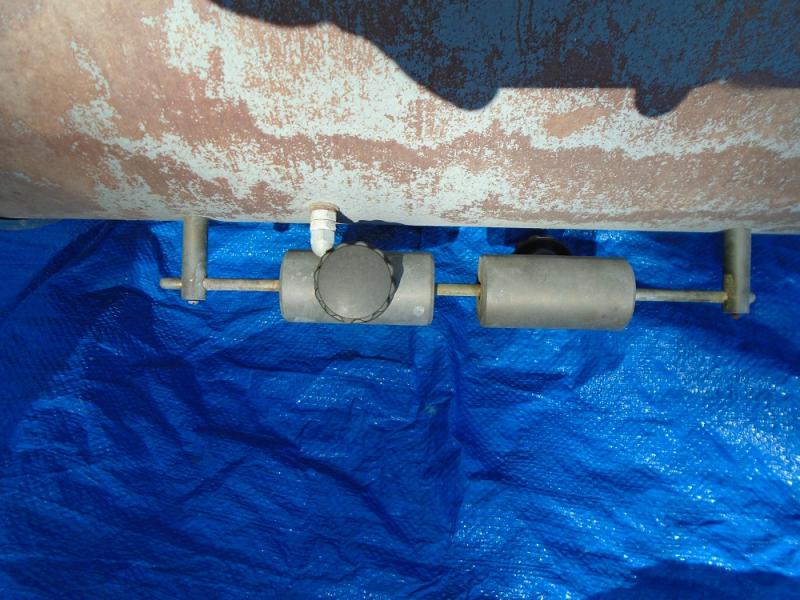 Other side of tube paint gone but tube in excellent shape. 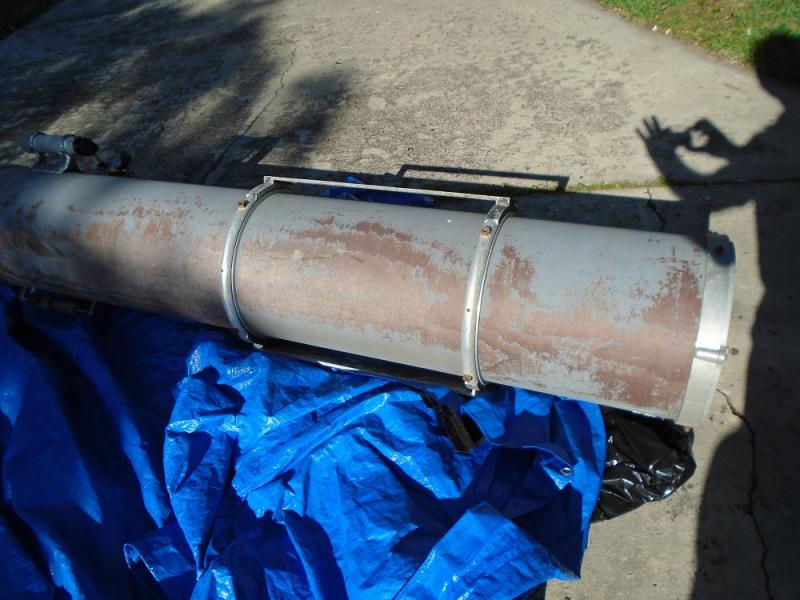 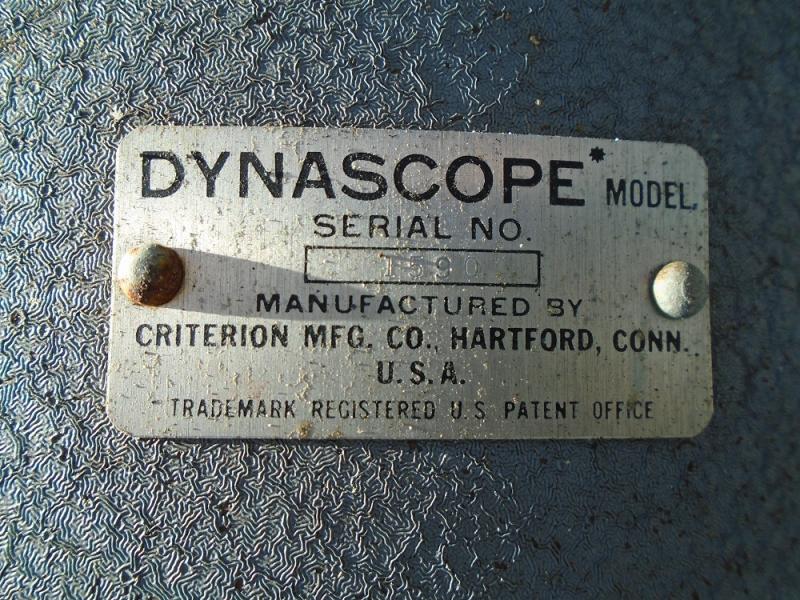 Doesn't move. I won't force it during repair. 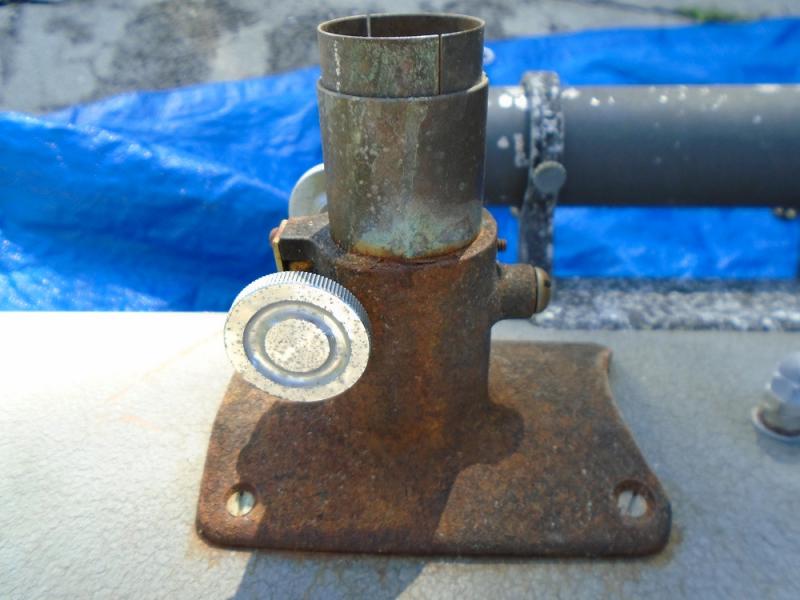 The rack looks OK on this side. 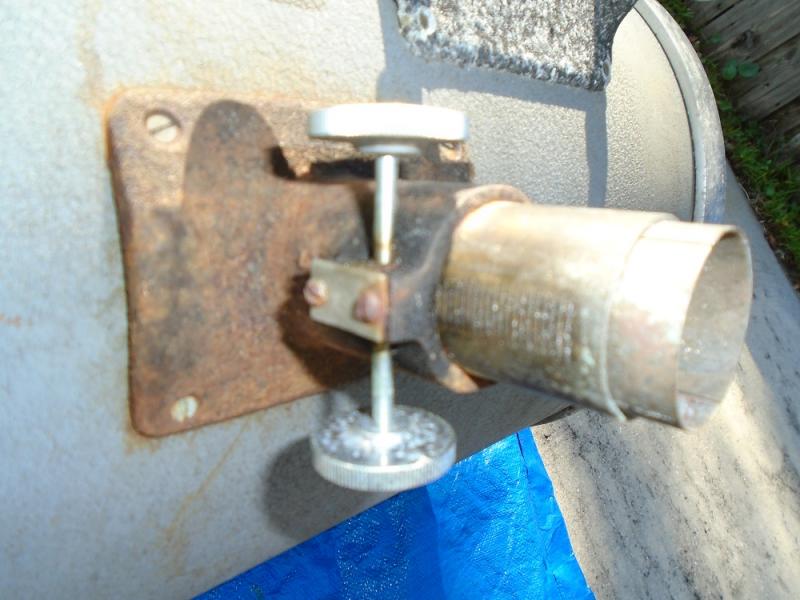 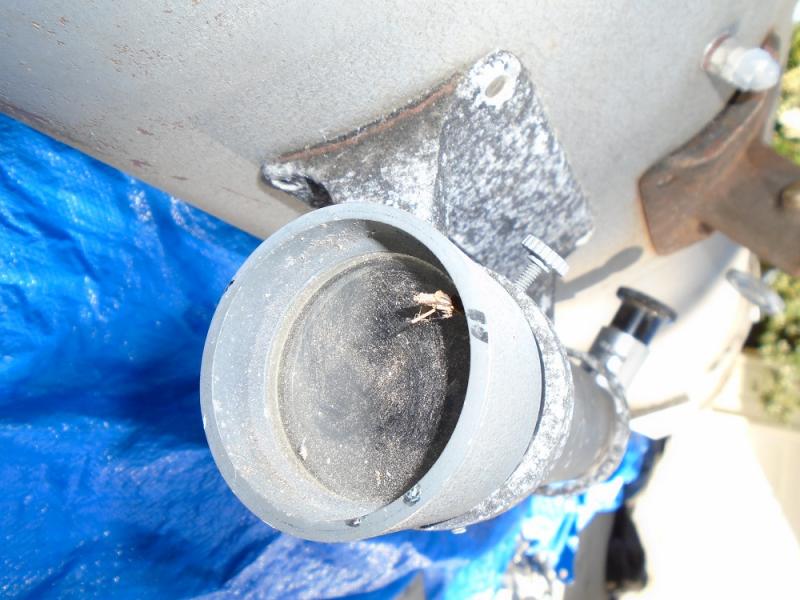 A little scrubbing with an SOS pad and that finder objective will clean up just fine...lol!

Great find! I would love to follow your progress if you don't mind sharing it here. Good luck!

Bottom.  Luckily this end appears somewhat flush to the tube, otherwise I think the mirror would have been destroyed. When I get the mount over here I'll post some pics of it too. 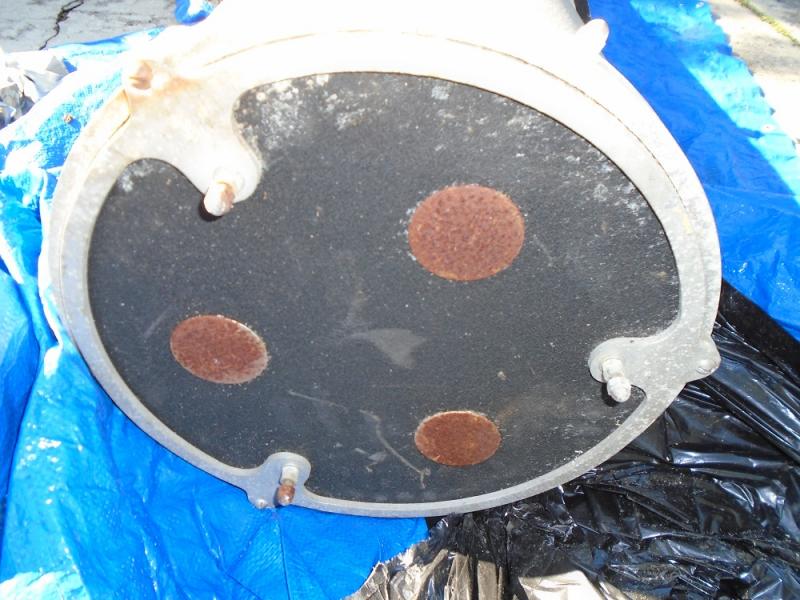 A little scrubbing with an SOS pad and that finder objective will clean up just fine...lol!

Great find! I would love to follow your progress if you don't mind sharing it here. Good luck!

Thanks John, yes I anticipate a long slog, but I look forward to it, and I will post it here too.

Them tubes were lighter than the Parks tubes.

Congratulations, that's pretty incredible how it all fell into place for you after so much time. Can't wait to see pictures of you observing with the refurbished product.

Awesome! Congrats on the start of your new adventure!
Does anyone know how to restore/replace the original crinkle finish?

Cant wait to follow you along the journey with you as she comes back to former glory .

Bet she's going to be a real Planet killer ! Nice and congratulations .

I’ve seen one of these scopes in operation. The rotating rings add a great deal of usability - as they would for any large Newtonian. Underrated feature these days, in my view.

Wow! What a fun restoration project! I’ve never seen the 12”. What is the fl?

Them tubes were lighter than the Parks tubes.

They were stiffer, lighter and perfectly round.

Congrats on the 12in Dynascope

What an Interesting telescope ... and a great restoration project !!