On the evening of May 24, 2020 I decided to try to photograph NGC5317, aka NGC5364.  Knowing that NGC5363 was nearby I tried to see if I could fit both of these galaxies in the FOV of my camera.  (These are both galaxies in eastern Virgo.)  After taking several shots north and south of what I was pretty sure was NGC5317 and not seeing anything else in my DSLR view screen, I gave up and just centered on NGC5317 and started shooting my subs.  The next evening, while reviewing my subs, I noticed that I had indeed captured NGC5363 on one of the sub images taken while moving the FOV around, but it was on the edge of the field and only on one sub-image.  Then, wanting to verify which galaxy is which, I went to the DSS image obtained using Cartes du Ciel software.  I thought to myself, “This should be easy to verify which galaxy is which because one of them has a bright star right next to the nucleus of the galaxy”.  But when I checked the DSS image, neither of them had a bright star next to the nucleus.  My first reaction was great, now I’ll have to study the star fields, figure out which way north is and verify which galaxy is which from the star fields.  Then it hit me that this could be a supernova.  Now this was at about 9 PM on Memorial Day and I had to go to work the next morning.  I knew from checking out the “Transient Name Server” website that before reporting a possible supernova it was highly recommended that you get a second verifying image.  So, I went to the backyard observatory at about 10:45 PM and got 100 15 second subs starting at about 11:15 PM.  (I got to bed at about 12:30 and did make it to work the next morning.)

So, here it is Tuesday evening and all my new subs had this “star” right next to the nucleus of NGC5363.  I went to the Transient Name Server website trying to figure out how to report this and ended up sending them an email using the “contact us” button.  The next morning I got a reply suggesting that I make an “official” report, and stating that there had been no previous reports of anything in NGC5363. But I needed to create a logon to do that, which then needed to be approved.  When I came home for lunch, I created my logon and that evening I submitted my report.  (Which, by the way, I have no idea if I did correctly.)

The next day I got an automated email listing my discovery as 2020leu.  However, as far as I know, no one else has yet to confirm the supernova.  These days there are a few professional automated search teams/facilities that find DOZENS of supernovas every day.  Most of these though, are extremely faint, in the range of 19th to 21st magnitude.  It seems that the pros doing the classifications of supernovas are more interested in what is happening in the far off early universe where distance is measured by redshift, not lightyears.

So if anyone gets a chance, please try to photograph NGC5363.  I’m beginning to feel like I might as well have reported a flying saucer.  I’d like to hear from you if you are able to catch it before it gets too low in the west at sunset.

The attached files are the "discovery" image from 5/24 and the one of the "confirmation" images from 5/25.  These are totally unprocessed except to reduce the file size and convert to jpeg format.  The 5/24 image was rotated so that north is up.  NGC5363 is at the very top of the 5/24 image just right of center.

Great Catch! Clouds prevent me from assisting you in observation. But GREAT CATCH. I hope you get confirmation ASAP!

That would be so cool!

too bad you don’t get to name it, I would name it something really stupid....and here is supernova Fred. (No offense to anyone named Fred, but that would be a weird name)

Very cool. I'll give it a few shots tonight. I can image for maybe 2 hour or so of that part of the sky. Will report back.

good for you, I hope they will see what you saw.
thank you and well done.

Why Fred and not Barney?

In all seriousness now this is really awesome. Let us know what goes next.

Single frame here with just quick stretch. Definitely something there.

What type of confirmation you are looking for?

I won't be able to try to image it for a few days, but in doing a web search I came across an image that seems to show something at the same location: NGC 5363 and NGC 5364 on Astrobin. According to the information the data for the image was acquired between Feb. 23 and Apr. 2 so it may provide confirmation.

Looking at older images as you mentioned there does not appear to be a star at that position.  Hopefully you can get it confirmed and bask in the glory of your discovery!

I collected 17 300s-exposure frames and here is a cropped stack. Also plate-solved and annotated with UCAC3 and USNO-B1 catalogs with stars ranging from 12-18 mag, and to me there is no mentioning of the suspected star. I measured it to be roughly RA:13°56'06.8" and DEC: +05°15'15.7" under J2000. I have the raw images if needed as supplimental materials. I would also email CBAT for this finding. 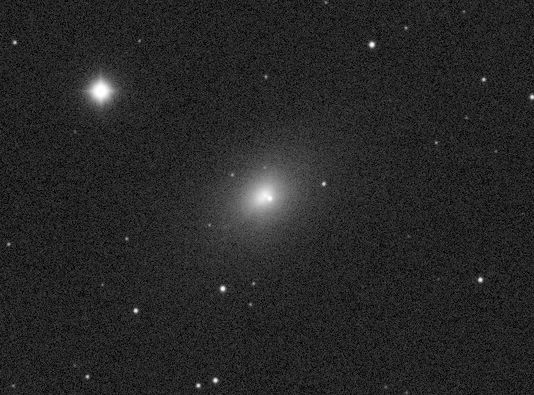 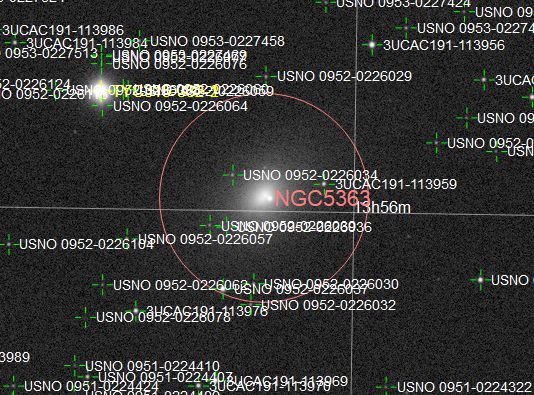 Congratulations on this discovery, must be great to be the first

to spot a new supernova!

Very cool! -Weather has turned here or I would try to image it.

I was gonna give it a shot tonight but looks like the weather's iffy for me too.

Here is the screenshot from SkySafari Pro. 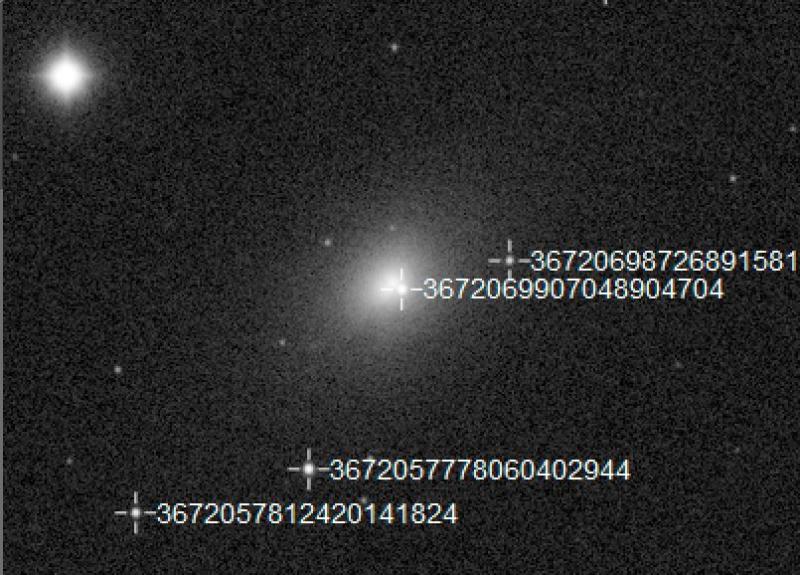 These are the images from WIKISKY and DSS:

Helvetios:  Do you know when the GAIA image was taken?  Perhaps it is a variable star or a recurring SN.  Or, if the image was taken recently, it could be the same SN.  Either way, it seems something unusual is going on.

Helvetios:  Do you know when the GAIA image was taken?  Perhaps it is a variable star or a recurring SN.  Or, if the image was taken recently, it could be the same SN.  Either way, it seems something unusual is going on.

The GAIA satellite was launched in December 2013. That's all I can infer. Further information would require getting in touch with the GAIA project team in Europe. I suppose it could be a variable star in our galaxy. If it is in NGC 5363, it's incredibly bright as it appears to be comparable to the brightness of the entire galaxy in your image.  SN do not recur.  They are one-time explosions of massive stars.  I don't think a typical recurrent nova in NGC 5363 would get to mag 13 in a galaxy that far away. I would say it is either a variable star in our galaxy, or it is buried in the WIKISKY and DSS images. But the color image you attached does not show a star and there are no diffraction spikes indicative of a star in the monochrome image.  Clearly, another image is warrented!

If you go look at the images of NGC5363 on Google, you can see several that show a star near near the nucleus. This is one of them.

When I searched the simbad database for sources with 2 armins of the exact position of the GAIA coordinates (green cross in image below) I got a list of 5 potential sources, including the galaxy core. Of these one comes really close, the IRAS 13536+0529 source, which is a "far" infrared source published by the IRAS collaboration in 1988. Could maybe be related, a pro astronomer would have to judge that!

In the Simbad one can also check images from an awful many missions and surveys, here: http://cdsportal.u-s...IRAS 13536+0529

The survey where I found that the potential source stood out the most is in the "SDSS9 band u" survey, which should be in the UV, see photo below.