I purchased an Artesky Saddle for my AZ-GTi.  It's a very high quality item but I have a slight problem that I'd like to get some help with.  When I slew to certain positions, the focuser hits the knob on the saddle.  The current knob is about 50mm long, 30mm in diameter, and is threaded M6.  It screws on to an M6 stud permanent attached to the saddle.  I attached two pictures for scale.

The diameter is fine but I just need it shorter - about half the current length - so the focuser won't collide.  Any suggestions where to get one of these?

Thanks for any help, 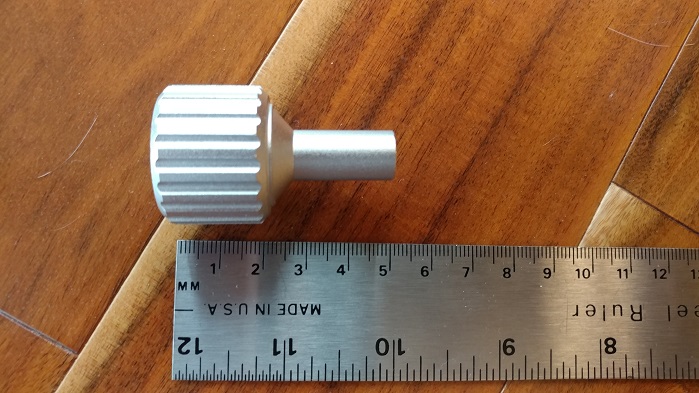 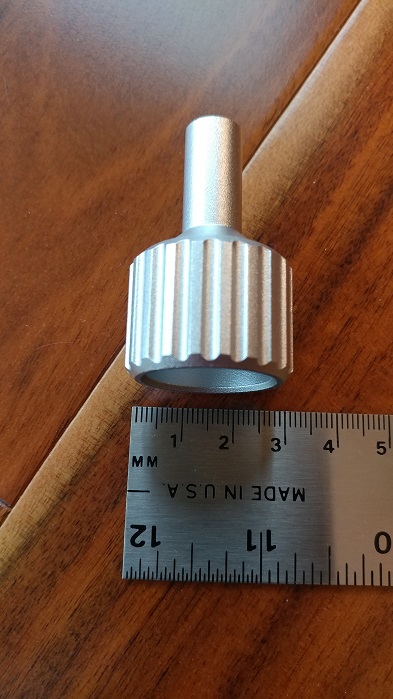 Have you tried Ace Hardware?

Have you tried Ace Hardware?

I hit Ace Hardware and Lowes today.  Nothing but plastic knobs with threaded inserts at Ace and nothing metric at Lowes.  I also searched McMaster-Carr but didn't find anything suitable but maybe I missed something.  The existing bolt on the saddle is the exact same bolt that is on the rings on my AT80ED so I thought I'd have better luck asking here.

How about flipping the saddle 180 degrees?

Don't know if any of these will do.  https://www.mcmaster...ugh-hole-knobs/

You can click on the part number and that takes you to a little pop up window - then click on "product detail" and a dimensioned drawing opens up.

If you haven't ordered from McMaster Carr previously - they ship quickly and there is no minimum purchase.  Lots of unusual hardware.

If the thread goes through the piece you could get it machined down half off the knob end half off the skinny end and it would then look original, only shorter. Five minute job and a few dollars if someone had to do it for you.

Or if you dont want to modify it search ebay or the like for M6 thumb nuts (female) or thumb screws or variations of. Terminology helps with searches.

See if Scopestuff has something for you...I use their threaded things - and they're great.
http://scopestuff.com/ss_knob.htm

I'm having a hard time picturing how the focuser collides with the saddle clamp screw it certain slewed to positions.

I forgot to mention that I did try to flip the saddle 180° and it collides with the opposite focuser knob.

The knurled end of the knobs at McMaster-Carr are too small for my comfort level.  I still want to be able to get a good grip to tighten things down since the whole rig relies on this saddle.

I wasn't able to locate anything suitable at ScopeStuff.

The thread on the current bolt does not go all of the way though but I suppose it's possible to get the existing bolt machined down.  It looks like it needs at least 15mm of thread to secure the saddle.  I don't have the resources to do it and have never had anything custom machined.

A polar-mounted AZ-GTi is kind of an odd duck but believe me...it will hit.  When I was testing inside, I had to kill the power mid-slew to avoid it.

I did some more searching and it appears that both William Optics and Astro-Tech use the same knobs.  William Optics uses them on their saddles and Astro-Tech uses them on their tube rings.  The WO knobs definitely look shorter than 50mm but I can't find the actual dimensions.  I'm not sure on the the AT ones - they also look like they may be larger than M6 threaded.

I reached out to Astronomics and William Optics to see what they say.  I was just hopeful that a replacement bolt wouldn't be so hard to find. 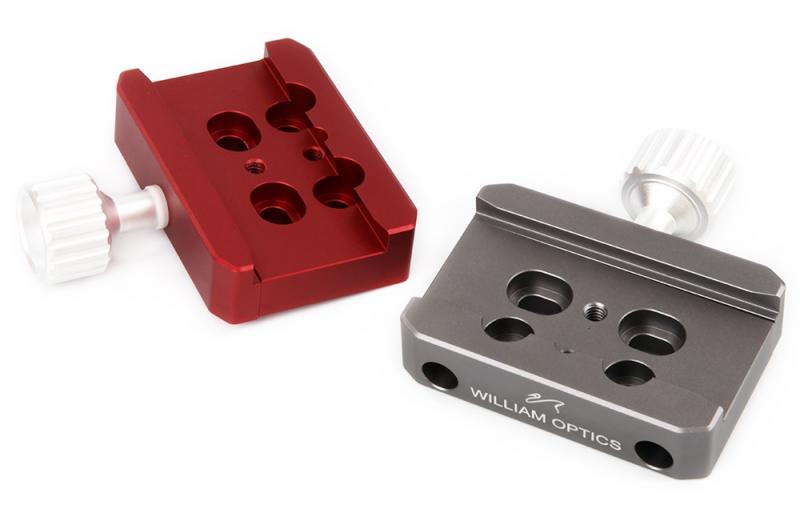 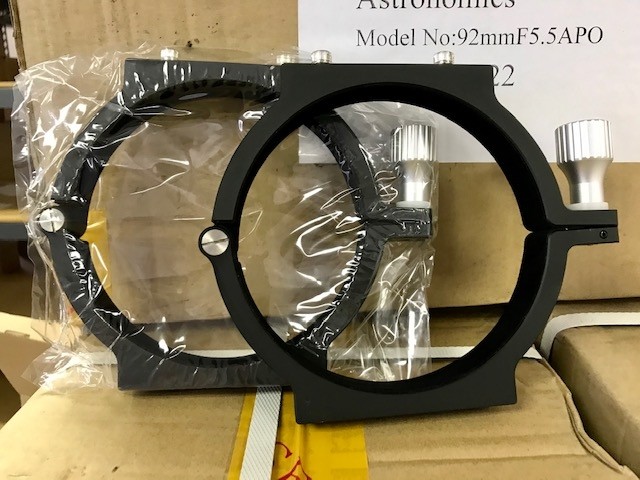 I think that may be the easiest solution.  I started looking for something I can use as riser blocks.

I bought some aluminum spacers and they did the trick. Thank you for the help and suggestions.

How about flipping the saddle 180 degrees?

...or flip the scope upside-down in its rings, so the focuser is on top...