This scope made a brief appearance some time ago on CN and I was lucky enough to be offered it by its previous owner.  Most of you know I am rather taken with small scopes, so I couldn't let this one get by me.  I've finally gotten around to plying with this little scope and was pleasantly surprised. 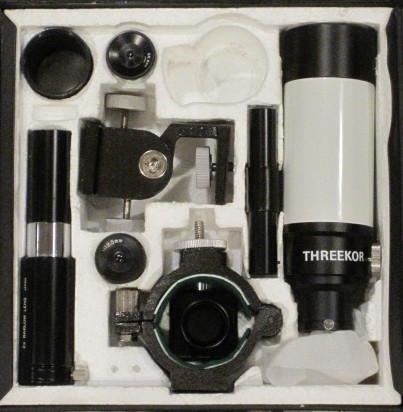 It has all the accessories of a 9VR.  This is a very handy ring that also perfectly fits many 50mm scopes.  It has a 1/4-20 trdpod thread and a camera post. 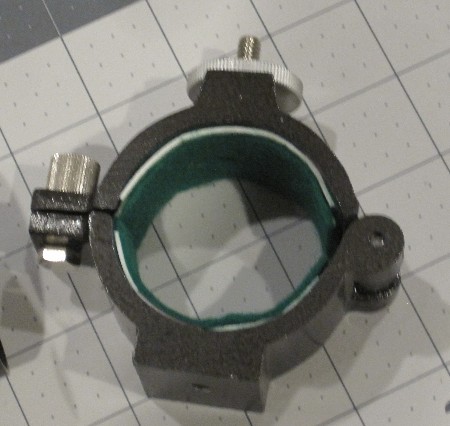 It has a lightweight version of the Vixen slo-mo attachment that holds the scope pretty well. 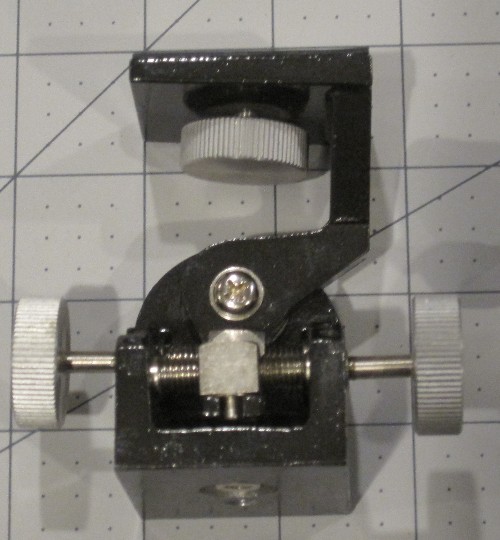 The finder is a peep sight with a pair of sharpened grub screws at right angle that attaches to the scope ring.  Center the desired object at the two points and you have your target in the eyepiece - in theory, of course 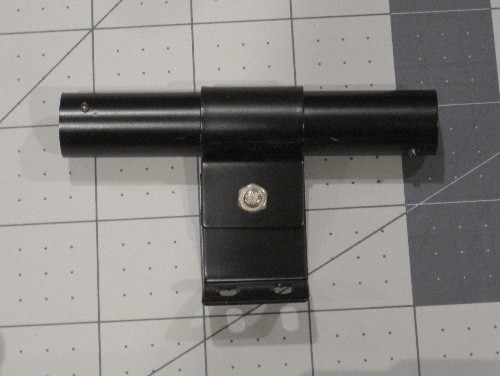 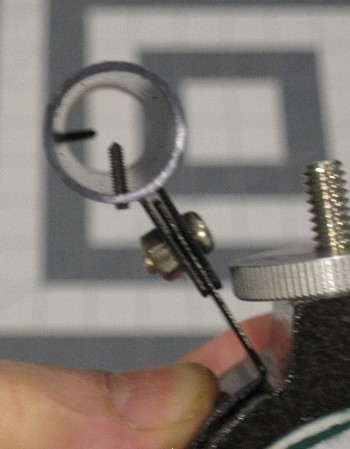 It came with a barlow and an extension tube, which is needed with the barlow. 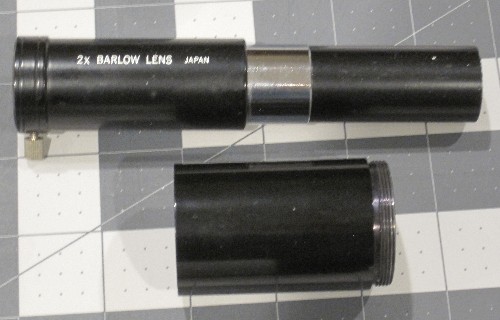 It has no R&P focuser, just a pull tube with a lock, but that works pretty well at low to medium powers. 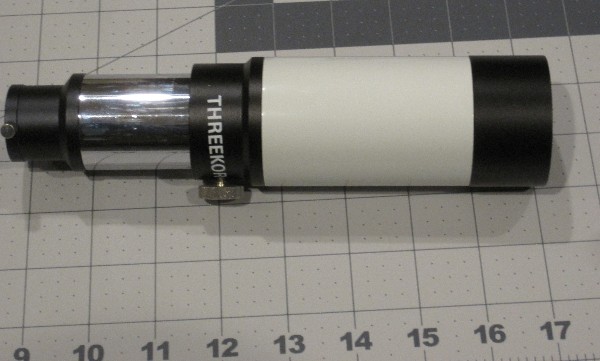 Here's the fully assembled scope on a standard photo tripod. 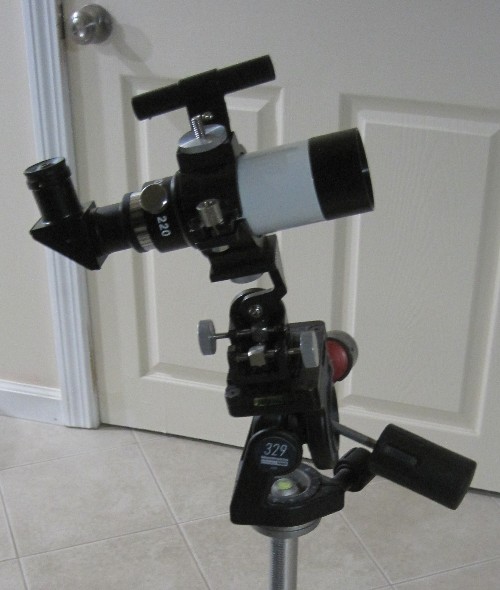 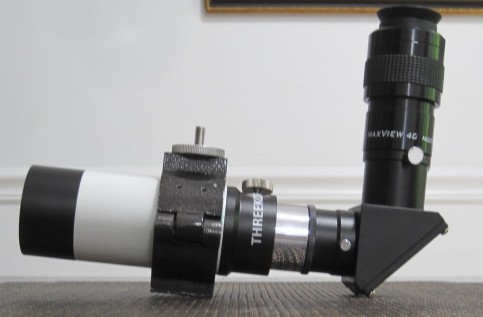 I wasnt expecting great optics from a 40/220 scope, but again, I was quite surprised.  The objective is somewhat overcorrected, but still give very good images - sharp out to about 90% of the FOV with a very small amount of CA.  Here's the Ronchigram. 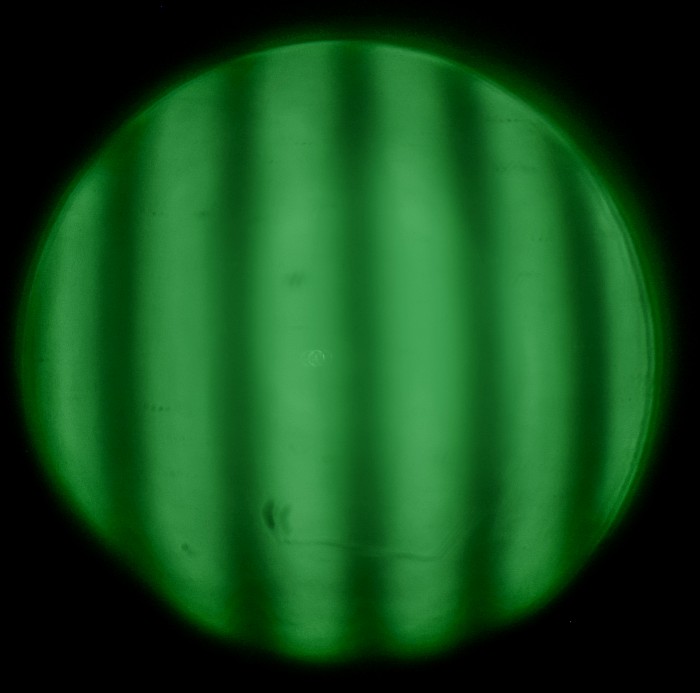 A highly cropped shot of my TV dish.  This is a prime focus shot with a Nikon D3300.  Almost no CA. 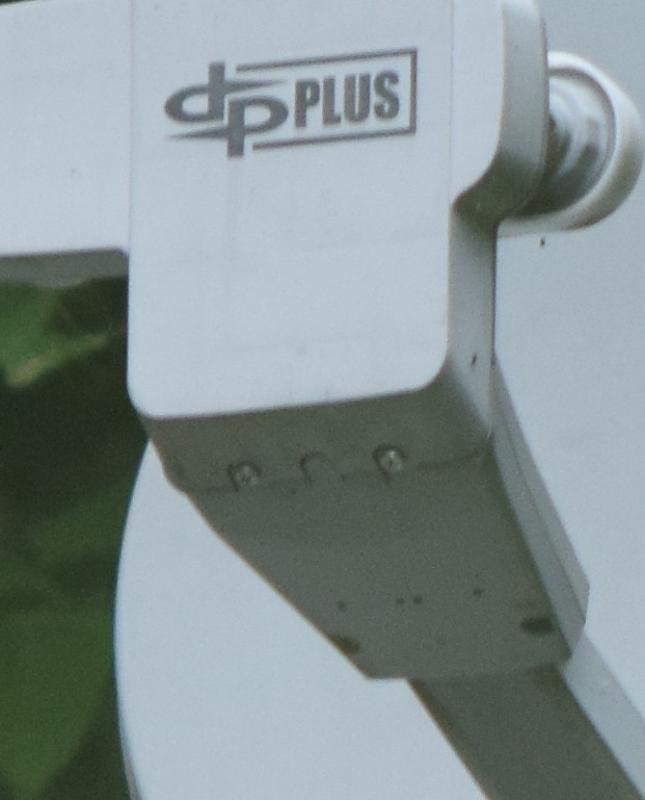 And just for comparison, here's a 9VR, SV50 and the Threekor.  The Threekor compares quite favorably with the SV50. 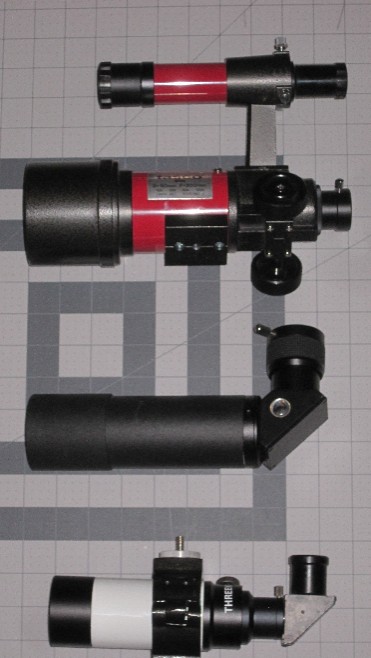 I did flock the entire scope and that did wonders for the contrast.