Hi everyone, I am having some issues with the shapes of my stars near the edges of the frame. Below is a 100% snippet of a 180s exposure of all fours corners and the center to illustrate.

My equipment is as follows:

Short exposures also show this problem so this rules out any guiding issues. When I rotate the camera/flattener the oblong stars also rotate so I think this might be a field flattener or sensor tilt issue? I've read people having issues with the WO field flatteners so I'm tempted to think that may be the cause. I sent an email to WO about a week ago and haven't heard a response yet so I was wondering if anyone on the forums have any ideas for what I can do to troubleshoot?

That looks like both tilt and flattener camera distance issue.

Is your imaging packet threaded ?

This is a William Optics thing. My images look exactly the same, if not worse; I’ve been chasing this ghost for a while now.

If you figure this out, please let me know.

This is a William Optics thing. My images look exactly the same, if not worse; I’ve been chasing this ghost for a while now.

If you figure this out, please let me know.

Yup, I have a William Optics ZS71 from 2013 which has exactly the same issue, I could write a book about the journey I have taken to try and sort it out.

I think that Tapio is 100% on the money with the issue being both tilt and probably back focus distance from the field-flattener to the camera. I would look at the tilt first as you won't be able to get the back focus distance 100% perfect until that is sorted out.

For me the tilt came from 2 areas, 1st from the focuser draw tube not being properly supported and 2nd from the interface between the focuser draw tube and the field flattener. I don't know about the ZS61, but the ZS71 does not have a thread focuser so the field flattener has to attach via the 2" compression ring. If this is the case for your scope, then I don't think you will ever get it perfect (but you can get it close). For me the biggest issue was consistency, some days I'd get it completely flat and others it would be terrible. It was very frustrating.

To improve the focuser I bought something described as "virgin skived PTFE self adhesive tape 10 x 0.25mm" which is what is already used in the focuser as a friction bearing. I got a 2m strip of it which is massive overkill, but gives you plenty to experiment and it's only a few £ a metre. I figured that to get a snug fit (snug, but not so tight it won't move) between the focuser body and the draw tube I used a piece of Tesa tape and a piece of the PTFE tape one on top of the other and added an additional 6 strips to the inside of the focuser : 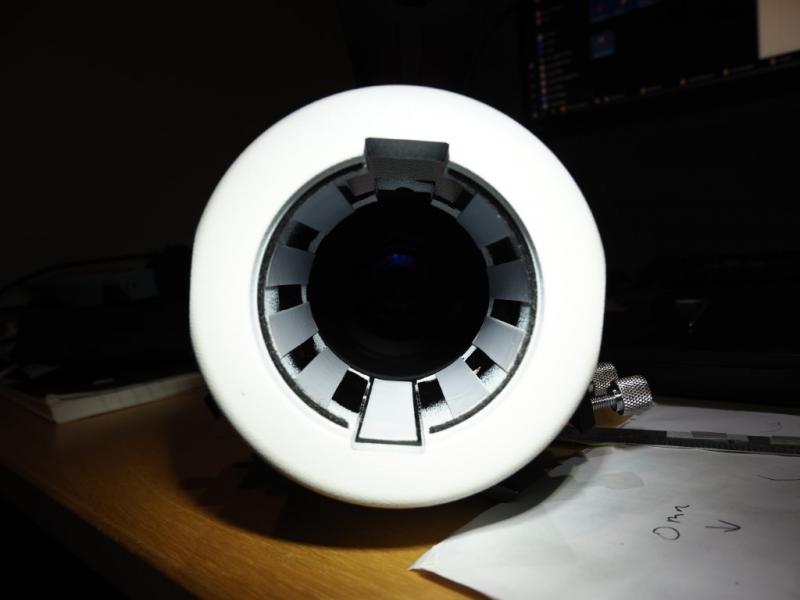 This had the effect of making the focuser nice and rigid with no noticable slop or wobble. After this I added a 3rd thumbscrew to the 2" compression ring, for some reason it only ships with 2 thumbscrews at the top and a grub screw at the bottom: 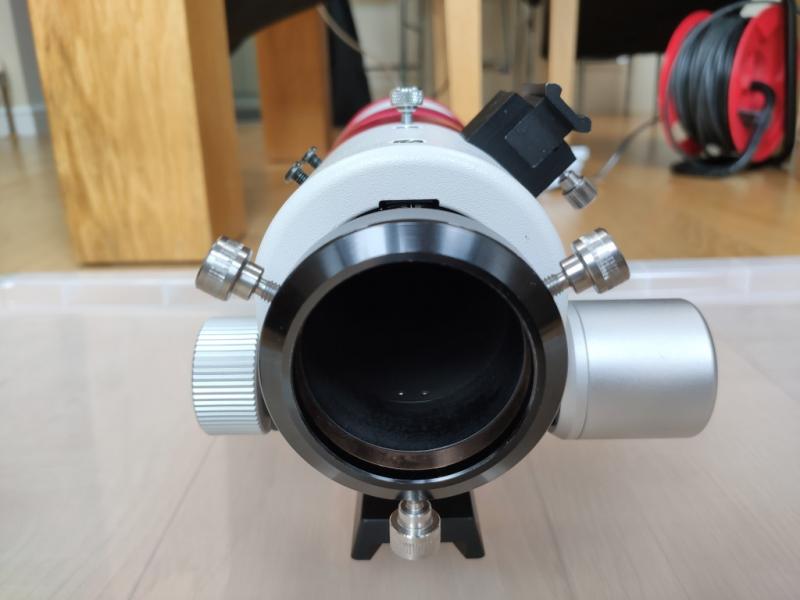 I found that by tightening the bottom thumbscrew 1st and then the top 2 together afterwards I could get a fairly flat field. More importantly it is consistent and I know that I can get the scope out and follow my "tighten up" procedure and be fairly close to being square every time: 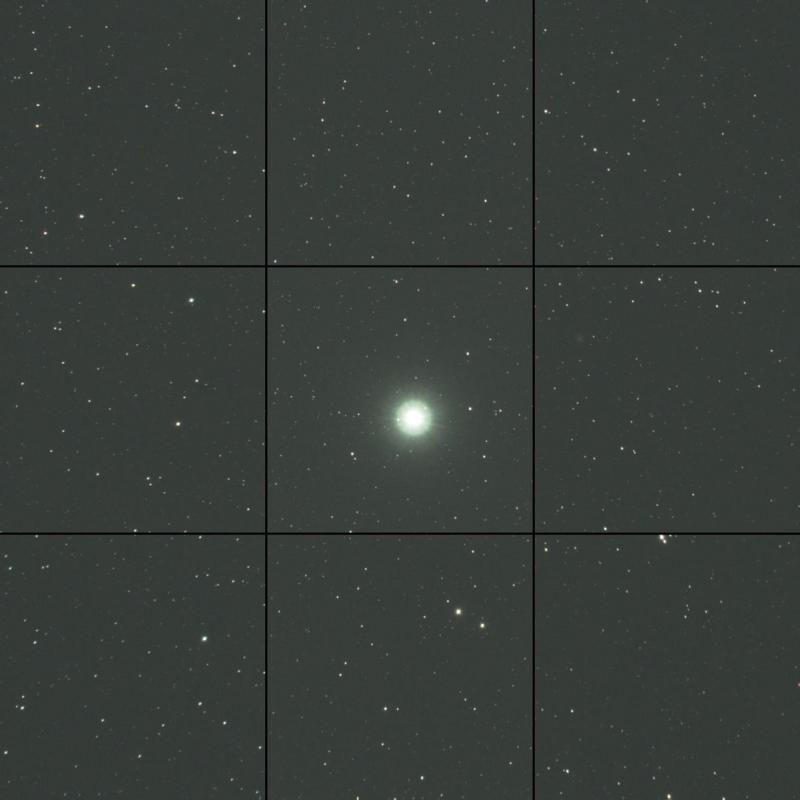 
Looks like you are having similar issues as me with the Flat61a.

I’ve seen references to adding PTFE tape to the focuser draw tube. Looks like I’ll have to buy some and see if that helps this problem. Once I am back from traveling I will also take a closer look at the connections between the flattener and telescope to see if there is any kind of wobble or gaps. Unfortunate to hear that this seems to be a common problem with this equipment.