Question about the AT60ED and the 0.8X REDUCER FIELD FLATTENER

I just received the .8X reducer and field flatener for the Astro-Tech AT60ED today. I went out and took few testing shots. I am new to this but I don't see the stars are round at the corners. Can anyone give me your opinion? I don't know if this is a ok performance since I don't have much experience... 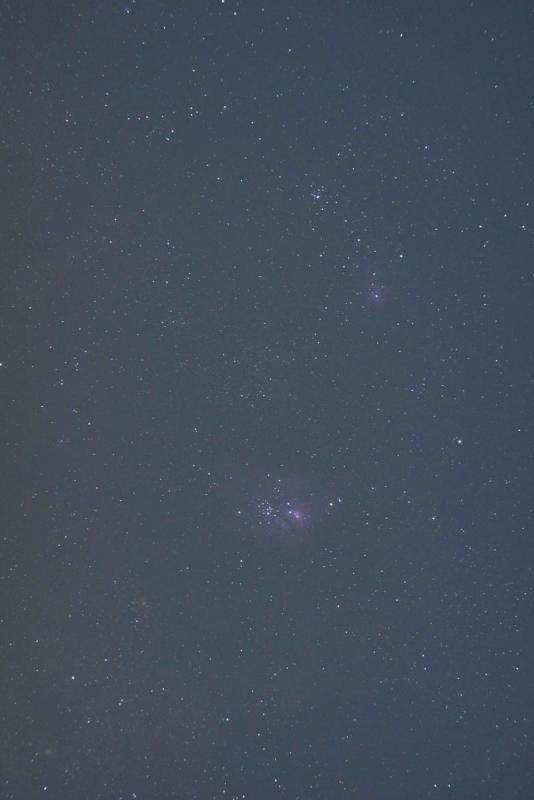 Looks like you need to add more spacing. Start adding some thin spacers and see if you can improve the corner performance.

Thanks for the advise. This is the dedicated 0.8 FF for AT60ED, I assume this should be taken care of... I definitely will try some spacer and see what may happen. Thanks.

Even though this field flattener is made specifically for the AT60ED, cameras vary especially when it comes to sensor to lens flange distance.  Here is what the product description advises right on the product page...  "Backfocus from the rear shoulder of the AT60FF to the image plane is 54.8mm, so you may require some additional spacers..."

Hope this helps a bit.

Just got mine also and tried it out last night. Corner stars are a somewhat coma. Unfortunately I am using a Nikon DSLR and can only add to my train. I hope to get a Asi183 in the next few months which will be dedicated to my wider scopes.

So what I saw was coma around the edges of the image? I didn't find a good space between the 0.8 FF and my Pentax K70 yet. Clouds came in. I will see how to get a proper spacer to make it close to 54.8mm and check if the coma is decuded... Thanks.

The Pentax K sensor to lens flange distance is 45.46mm.

You need to space an extra 9.34mm but you also have a t-ring in there too.

So, subtract the thickness of the t-ring from 9.34mm and that is the thickness of the spacer(s) you require.  I thought most t-rings were at 9.8mm so, if so, you are already too long before adding spacers.  If I remember correctly, Pentax K has a sensor to lens flange distance that is the largest of all of today's APS-C cameras and this may be the issue.  You'll have to measure the thickness of your particular t-ring.  Hopefully, it is thinner than 9.8mm and at around 9.3mm instead.

It is also possible that you are not square with the image plane.  I didn't look at your image all that closely because I'm not on my desktop computer but it appeared that the problem was mostly on one side.  That probably indicates that you are not square for one or more reasons.  If the elongated stars are the same in all four corners, then you should be square.  This, of course, isn't taking into account a not-so-great field flattener or even your scopes optics not be the same on both side.  For instance, if the corners are different without the field flattener, how would the field flattener know which corners to apply more/less correction to?  This could also be caused by an out-of-square focuser (which can be corrected in most cases).

Finding the exactly correct spacing is always a frustrating pain in the butt.  I hope you figure this out.

Interestingly I have the .8 flattener for my 115EDT and have a similar issue.

Does anyone know if there is documentation on the flange to sensor distance ?

Interestingly I have the .8 flattener for my 115EDT and have a similar issue.

Does anyone know if there is documentation on the flange to sensor distance ?

I should also mention that the sensor to lens flange is a camera specific dimension that can be found online as well.  Some cameras are the same, most are different.  Photographic cameras vary widely.

As far as astro cameras, I seem to remember that there are only a few different sensor to flange distances (back-focus distance) for the most popular cameras...  I think 8.5mm, 12.5mm, 17.5mm and 26.5mm?  All that info for each camera is available online though.

The same holds true for each field flattener/focal reducer.  The exact specs are available online usually right in the product description.

Thanks Patrick. I tested putting some spacer, it didn't solve problem. I even have impression that adding spacer make it worst... I think what you said may be the case: it is already too long. The T ring I have is M42, so I even added a M48/M42 adapter to make it even thicker! I will use my old Canon DSLR to do more tests. Once I get a Astro camera (I need a guide camera anyway), will test it too.

Really appreciated you input. You know before I purached the 0.8FF, I did google it and didn't find any reveiw. All reviews are for 1.0 FF. I also purchase it and didn't notice any issue (need to double check...).

A Canon EF mount camera should work just fine.  That camera has a lens flange to sensor distance of 44mm...  plus 10mm for the t-ring (some might be 9.8mm though which gives you a little more space)...  that's a total of 54mm and you need 54.8mm.  So, you will need an m48 0.8mm spacer.  Those are readily available, usually in small sets.

The only problem you might encounter with an older Canon EF mount camera paired with this flattener is more noise especially during long exposures when compared to the newer Pentax.  How much noise depends on how much older.  But it will fit at the right spacing for the field flattener.

This is my test for telescope AT60ED and x0.8 reducer received recently.

Camera used ZWO asi2600color gain100. The space between reducer to sensor was 56mm.

Here is link for picture

Very nice image.  This is the full image with no crop?  If so, those stars are looking excellent in the corners.

It looks like you are saying (and showing) that this reducer works better at 56mm rather than the specified 54.8mm.  If these are the full image results at 56mm, then I'd say 56mm is the way to go.

If that is the case, then the original poster could get by with a 0.5mm spacer on a 10mm T-Ring when using his Pentax K mount camera.

Very nice image.  This is the full image with no crop?  If so, those stars are looking excellent in the corners.

Yes, this image is full, without crop. Little increase back focus usually works better for reducers.

You may add couple millimeters extension and look how it change diffraction.

This is a very nice image and see no problem like in my picture. Very encouring. I will definitely get some spacer  (I have 5mm or bigger not smaller) and try it out again.