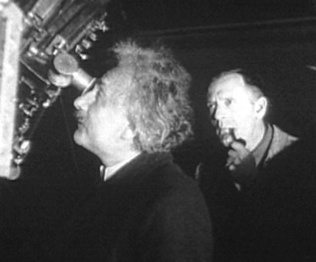 I have a string truss dob I built and rebuilt which is wonderful.  12.5" Lightholder.  But the way I constructed the string tube tension system is time consuming.

With that in mind I am thinking about rebuilding it to a traditional truss dob.  I went to the Moonlight web site as they previously sold poles and connectors but I did not see those products there at this time.

Any recommendations for off the shelf hardware for this rebuild?

Nate made my custom 20" mirror cell for my string scope many years ago and has since come out with a line of pole connectors.

I'm in the process of rebuilding my scope too but am sticking with the string design.

How do you tension the strings?

How do you tension the strings?

Link to the building of my scope here: http://nemoworld.com...ghtsthread.html

So you use turn buckles to tension.

I used 3/4" aluminum conduit as poles and set couplings into the mirror box.  I tension the strings by unscrewing, backing out the conduit poles.  It is time consuming.

That is what I am exploring.  Otherwise it works great.

So you use turn buckles to tension.

I used 3/4" aluminum conduit as poles and set couplings into the mirror box.  I tension the strings by unscrewing, backing out the conduit poles.  It is time consuming.

That is what I am exploring.  Otherwise it works great.

Based on the emerging development of strings scopes back when I built this scope (2006) and influenced by some of the pioneering ATM'ers building string dobs at the time (most from our Rose City Astronomers Club in Portland, OR: most notably, Dan Gray) turn buckles were seen as the way to tension the strings, so I originally went with that design.  But I quickly realized it would be easier to deal with fixed length strings and adjustable poles, so ended up transitioning to that design (not shown in the photos on my original build).

I had a machine shop bore holes through some bolts that fit within the pole then attached a screw and nut to hold them in place, though they have a little play in them which is a good thing as it helps when fitting into the secondary pole/string holders.  The nut is jammed in a plastic pipe fitting which fit in a hole in the face of my mirror box. And, the secondary pole/string holders was also redesigned along the way with a custom part machined by a friend.

Yes, it does take a couple of minutes to screw the 3 poles all the way through the bolt so you have enough clearance to place the secondary on top of the poles, and another couple of minutes to unscrew the poles until your strings come into tension.  I leave the strings attached when disassembled.  I've never thought it too time consuming to setup, especially when watching others dealing with their EIGHT poles and SIXTEEN connectors.

I did essentially the same thing only threaded the pole itself.

I remembered seeing your build thread a long time ago when I looked through it this week.  I think you and I actually built at the same time and documented it here.  I have been away from observing for a while and am reacquainting myself with my stuff.

My scope is a dream when assembled.  It is smooth and holds position wonderfully.  I did build it heavy.  At the time I kept is assembled in a shed and rolled it out.  Now I have to move it and assemble each time.  It has me rethinking some things.

Funny you mention "heavy" (which by the way was the prevailing advice of John Dobson and Richard Berry at the time we built our scopes some 15 years ago).  For the same reason I too have begun rebuilding my scope, for now the third time.

I had the mirror re-figured about three years ago to an f3.6 as I was getting older and tired of climbing up and down a ladder.  Pretty easy modification actually.  Just had to cut the poles and make up new strings - and buy a new huge secondary mirror.  With a focal length now of about 72" I can observe flat-footed most of the time and use a small step stool when going higher.

But, the components are still quite heavy and I have to take my mirror out each time I transport the scope.  So, I got out my skill saw a couple of weeks ago and ripped up the mirror box and ground board and have begun rebuilding both out of aluminum.  First step will be to get functioning again as before, then add motor drives and Si-Tech electronics to control tracking and go-to.  I've decided in the waning years of my observing life I want to spend more time looking at things than pushing and finding.

I plan on starting a thread on that build soon, after I make a little more progress.