Sh2-86 was actually rather a target of embarrasment in search for an object that can be photographed even with a lot of moon. But when I saw the first Ha data I already knew that it was more. Because of a lot of unnecessary problems

with my equipment I stayed at Ha for the first night. The next evening there should be OIII and RGB. But after an hour of 6-minute recordings of OIII, it was clear that there was nothing worth getting. In order to get a little bit of the blue that you see in some Sh2-86 narrow-band pictures into my picture, I would have had to rape the OIII data. It is a Ha region and point. After quitting the OIII I was able to shoot a bit of RGB and then there was haze and it was over.

So a total of about 3.5 hours of Ha came together and only a little more than half an hour of RGB - a very thin data soup. I had special problems with the stars from the blue channel. They were particularly affected by the haze and washed out quite a bit. Nevertheless, I decided to show the results, because I find the gas and dust pillars of Sh2-86 impressive - they are in no way inferior to those in the Eagle Nebula in my eyes. In full resolution you will also find a lot of interesting structures and structures, which I cannot classify myself due to the lack of astronomical expertise. So there are some HH objects in the field that you should actually find in my picture.

I trimmed the field to give the columns more "optical weight". Therefore the small reflection nebula NGC 6820 is now at 12 o'clock at the top of the picture. The open star cluster NGC 6823 is in the center of the picture. Camera was my ASI1600mmp on the TS Photoline 130/910 Apo. 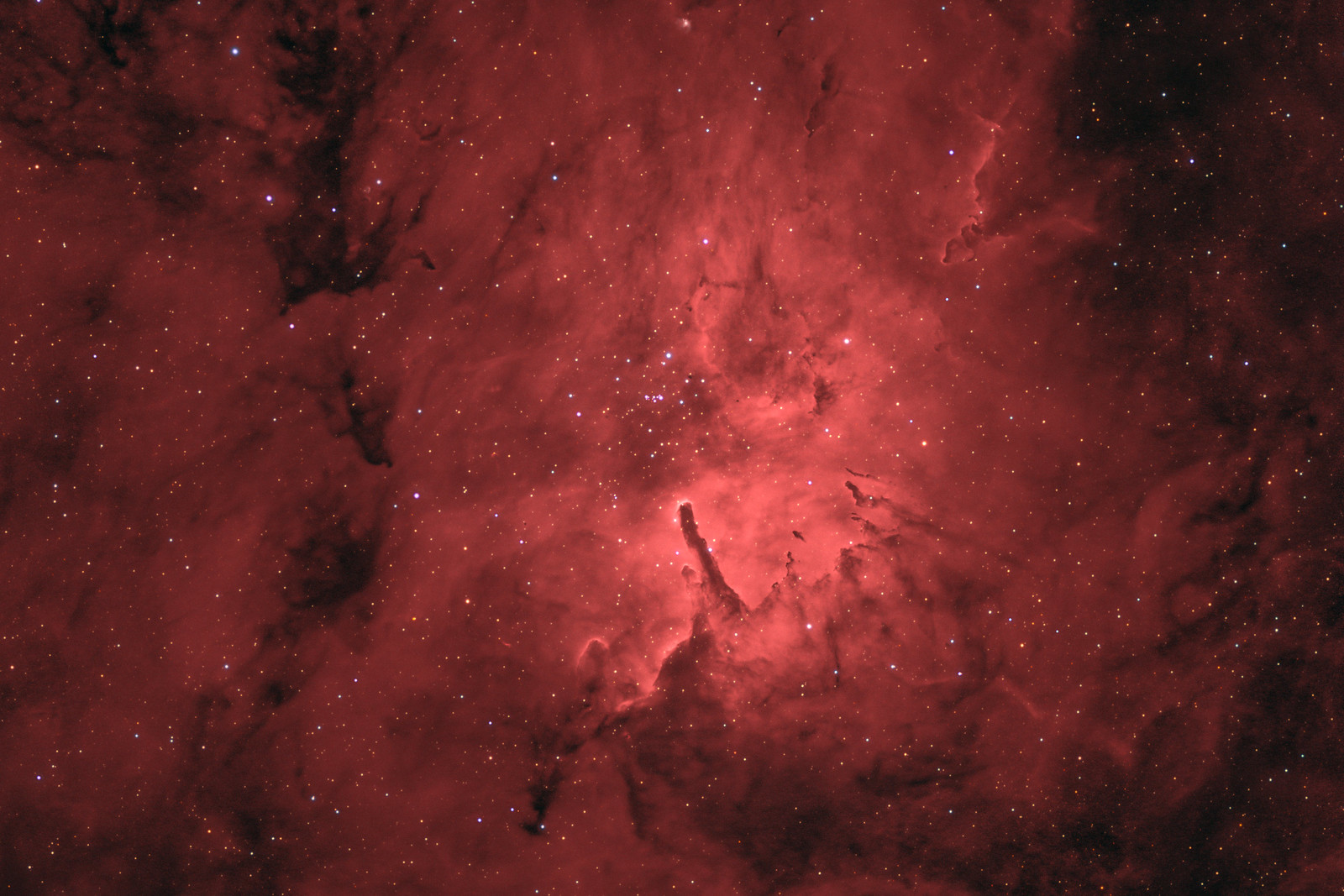 As always some of the structures and details get lost in an HaRGB composition. Therefore I'd like to show a crop of the main part of the frame in Ha: 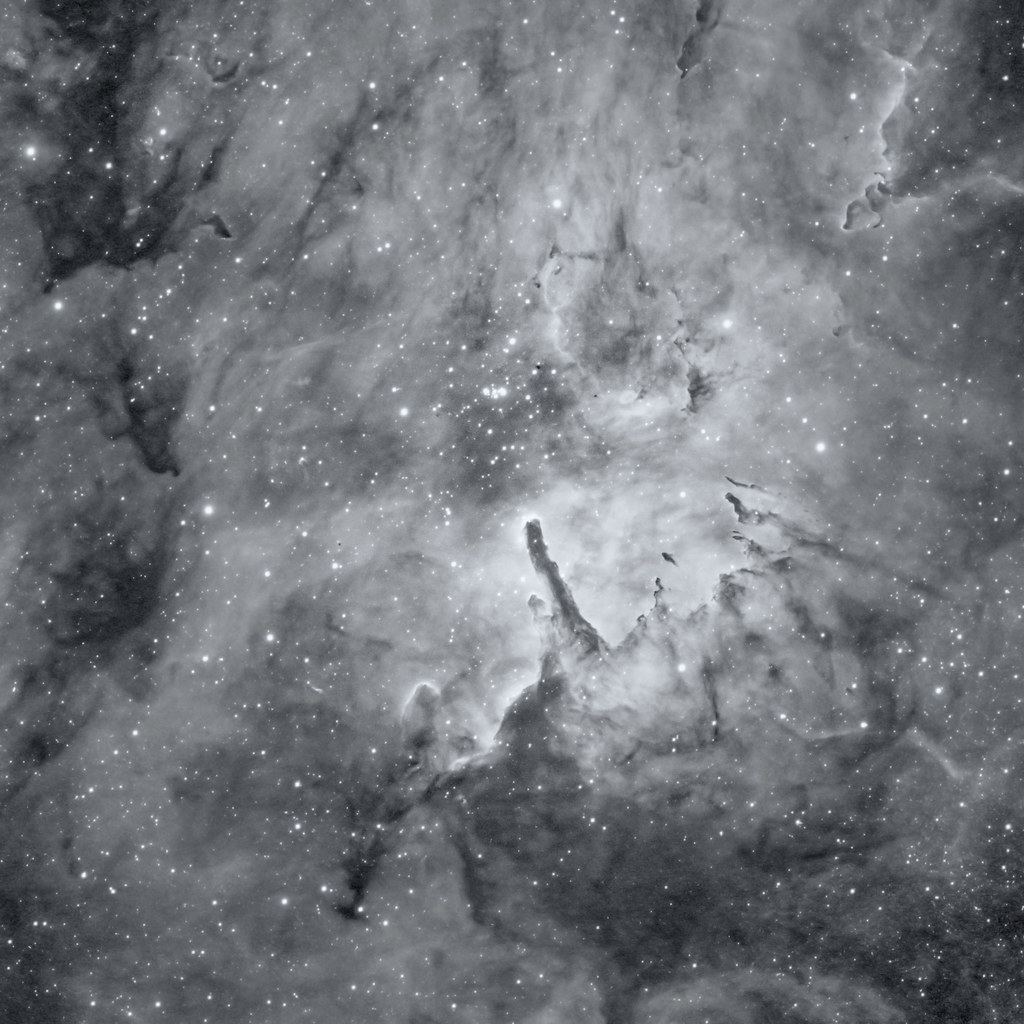 Hope you like it and have a nice Sunday!

Impressive, and I cannot decide which I like better.  Hard to choose between images this good!

Excellent project and image Pete! And only 3 hours!